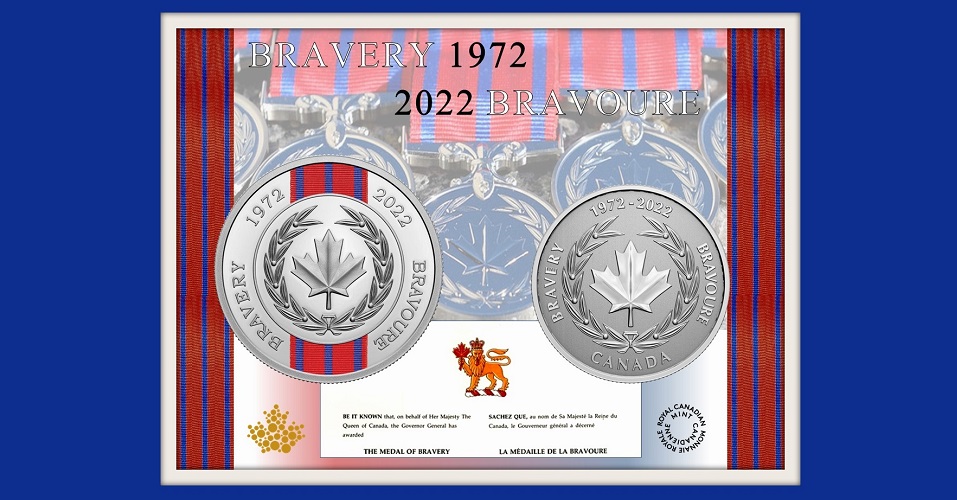 The Royal Canadian Mint has released new commemorative silver Proof coins which commemorate the 50th anniversary of the creation of one of Canada’s awards recognising heroism. Created on the 1st May 1972 on the advice of her cabinet under then-Prime Minister Pierre Trudeau, Queen Elizabeth II gave royal ascension to the Medal of Bravery, along with the Cross of Valour and the Star of Courage to recognise acts of great gallantry. The name of any person, living or deceased, may be submitted to the Canadian Decorations Advisory Council and is presented to both living and deceased individuals posthumously deemed to have performed acts of bravery in hazardous circumstances. Recipients of the medal are also accorded the use of the designation of the post-nominal letters “MB.” Recipients of the Decorations for Bravery are individuals recognised as those who have risked their lives, choosing to defy their own instinct of survival to try, or to have saved, a loved one or a perfect stranger whose life was in immediate danger. From the date of its royal ascension in 1972, more than 3,300 persons have been awarded the Medal of Bravery, which is presented to the recipient on behalf of the Canadian sovereign in the person of their representative, the governor-general.

The silver medal depicts a maple leaf surrounded by a wreath of laurel on the obverse. On the reverse side is the royal cypher of the Queen of Canada beneath St. Edward’s Crown, symbolising the Canadian monarch’s role as the fount of honour and the inscription BRAVERY / BRAVOURE, which is placed below. The medal is suspended from a 31.8-millimetre-wide ribbon coloured red with three vertical blue stripes. 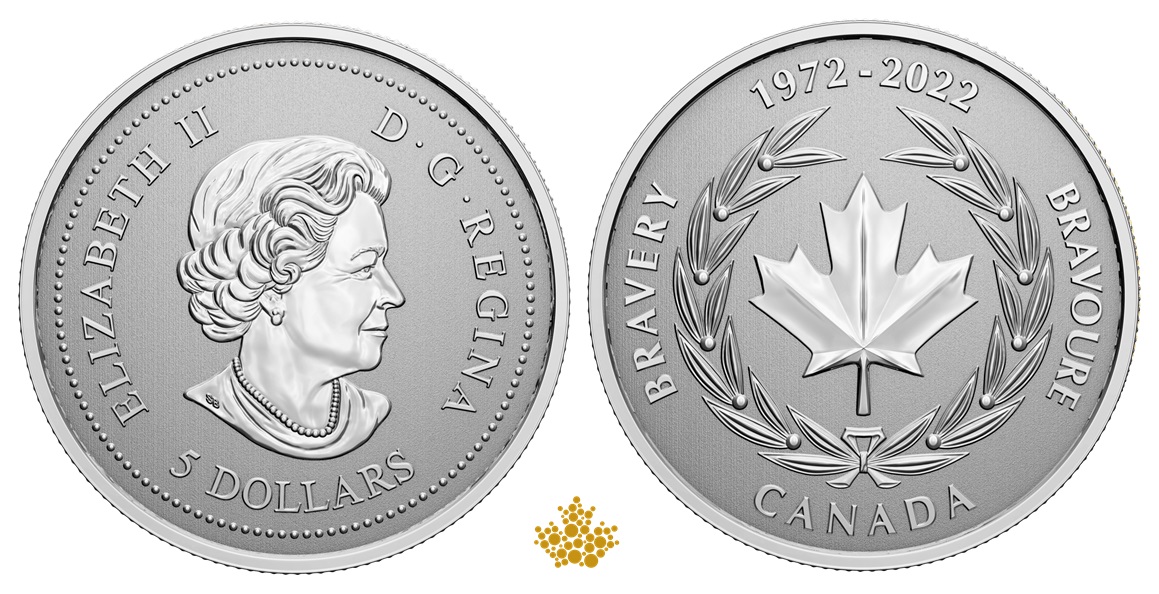 The reverse side of the $20 coins is designed by Jason Sikoak, whose depiction recreates some of the award’s most distinctive features. The medal’s insignia is engraved at the centre of the coin’s reverse, where a maple leaf is surrounded by a laurel wreath. Engraved along the outer rim is the inscription BRAVERY 1972 2022 BRAVOURE, marking the milestone anniversary. A colour application recreates the look and feel of the medal’s red ribbon with blue stripes. 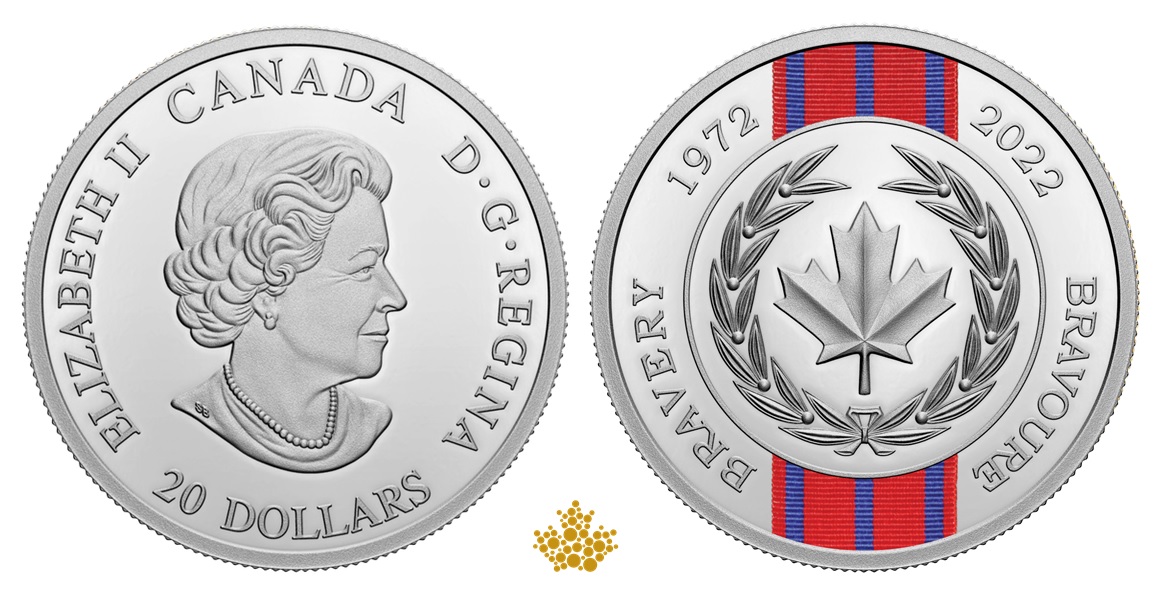 The coin’s obverse features a denomination of 20 DOLLARS placed beneath the effigy of Her Majesty Queen Elizabeth II designed by Susanna Blunt.

Each coin is encapsulated and presented in a custom Royal Canadian Mint-branded case accompanied by a certificate of authenticity. The $5 coin is presented in a sealed folder which is also part of the mint’s “moments to hold” series for 2022 and includes four themes highlighting national events or anniversaries. For additional information, please visit the Royal Canadian Mint’s website.