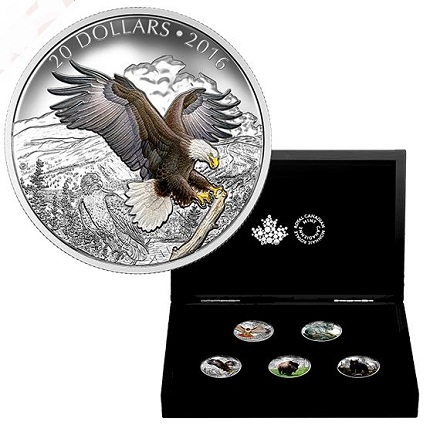 The Royal Canadian Mint has launched a “Majestic Animals” five-coin subscription series for 2016. Each coin in the series is composed of 31.39 grams of 99.99% silver, costs $99.95 CAD, and features a different Canadian wild animal on its reverse. Sales will be limited to 6,500 subscriptions. 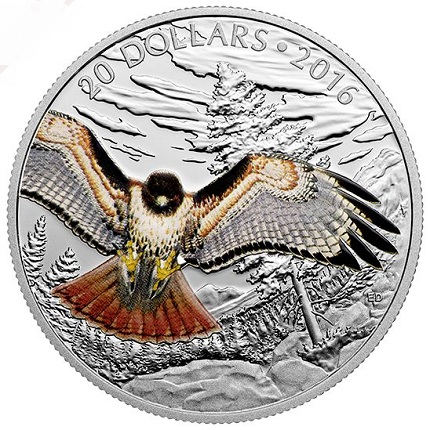 The first coin in the series features the “Regal Red Tailed Hawk,” and is now available. Like the issues that will follow it, this piece carries inscriptions noting the year of issue and the monetary denomination. A Mint press release points out that the reverse designs utilize Proof and other finishes, along with “selective color” to give a sense of energy and dynamism to the image. 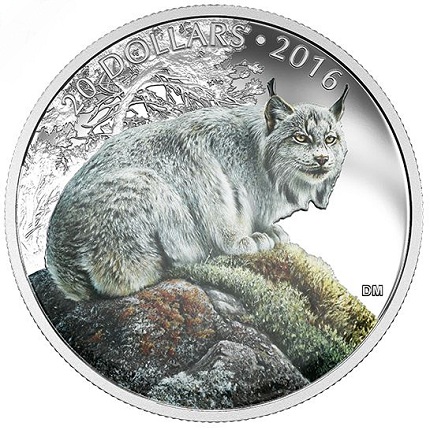 The second coin features the “Commanding Canadian Lynx” and comes with the free five-coin collector case. It will be released in May. 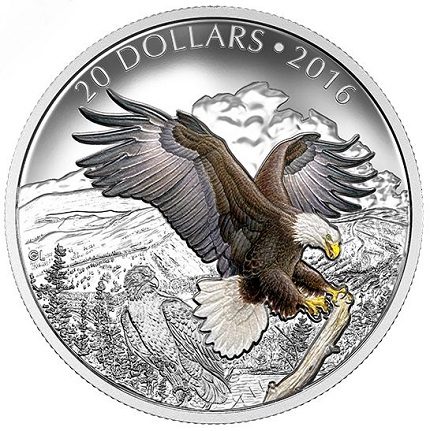 The third coin in the series carries an image of a “Baronial Bald Eagle” on its reverse and will ship in July. 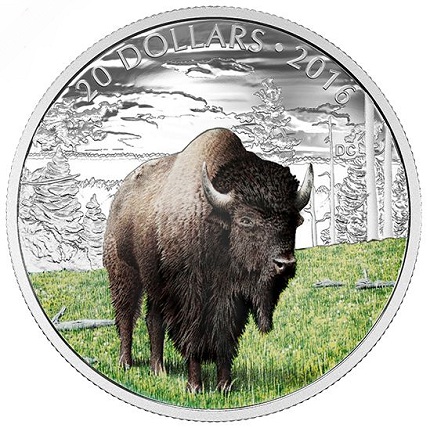 The fourth coin bears an image of a “Benevolent Bison” and will ship in September. 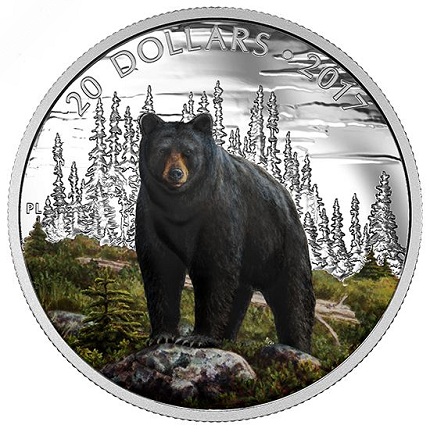 The fifth and final coin in the series features the “Bold Black Bear” and will be released in October of this year, though it will be dated 2017. 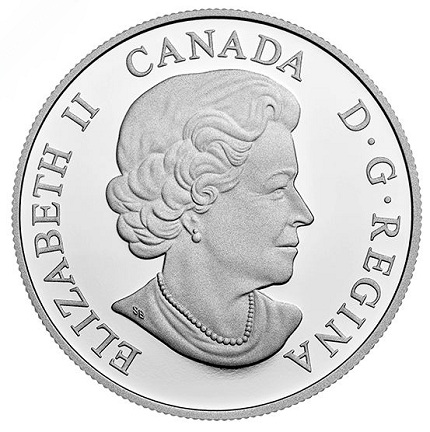 The obverses of all five coins will bear Susanna Blunt’s portrait of Queen Elizabeth II, with the inscriptions ELIZABETH II, CANADA, and D.G. REGINA.

For more information on the 2016 Majestic Animals Silver Five-Coin Collection, please visit the Web site of the Royal Canadian Mint. A brief promotional video featuring the Red-Tailed Hawk release can be viewed below.