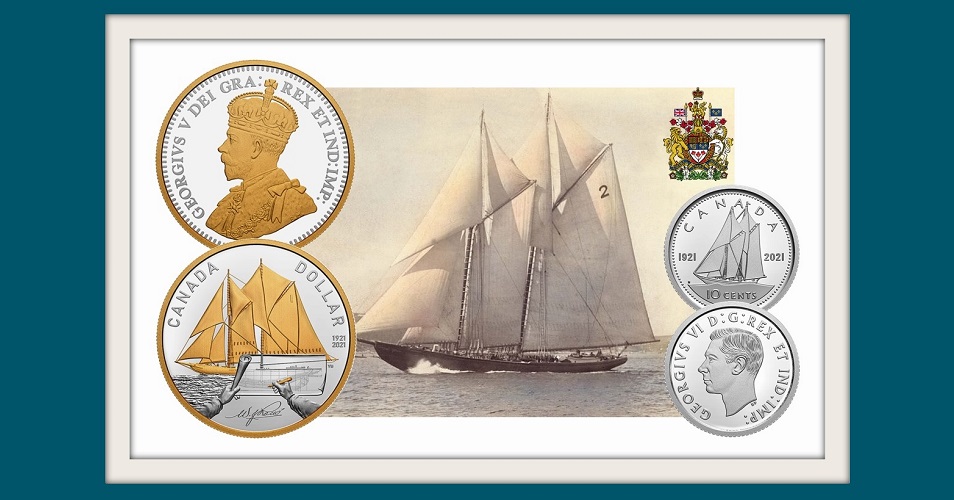 The story of the Bluenose begins on a drafting table a century ago but its true scope and magnitude came to the forefront of Canadians when it captured a record catch in its first season of fishing on the Grand Banks. It earned the 1921 International Fishermen’s Trophy for Canada in its first season and remained undefeated in the series. Launched on the 26th March 1921 in Lunenburg, Nova Scotia, Bluenose was born out of the creation of the International Fishermen’s Trophy series in 1920, which established to pit Nova Scotia’s fishing schooners against the rival New England fleet.

As Canada has a proud Maritime history and reputation as a seafaring nation, shipbuilding is one of the country’s oldest industries and a proud fixture of Atlantic Canada’s seafaring traditions. In particular, this tradition is especially important in Lunenburg, Nova Scotia, home of the Bluenose, and is also a UNESCO World Heritage Site. The Bluenose remained so strongly in the consciousness of Canada since its win in 1921 that, in 1936, it had been suggested new reverse designs be included on circulation coinage for the new King’s coinage and a depiction of the Bluenose was included on the 10-cent coin. Designed by the German Canadian sculptor Emanuel Hahn (1881–1957), the Bluenose is shown in all her glory. Hahn’s interpretation was based on a photograph by Wallace MacAskill. The coin was first minted in 1937 when the coins of King George VI were introduced and has remained on the 10-cent coin ever since. 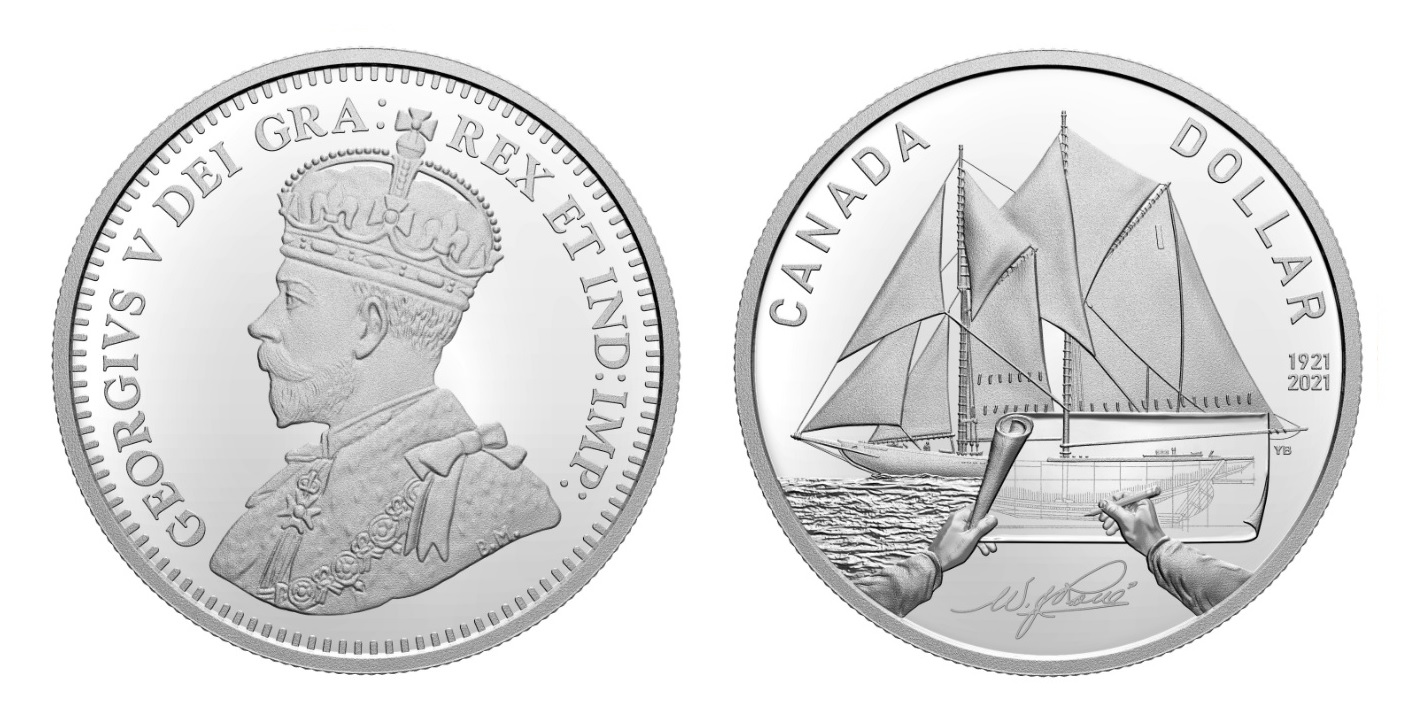 The reverse side of the coin is designed by Canadian marine artist Yves Bérubé, whose depiction features naval architect William James Roué (1879-1970) completing his design for the legendary Bluenose schooner. The first-person perspective is flat-frosted to distinguish between Roué’s vision and the inspiring sight of Bluenose under full sail. As an added tribute, W.J. Roué’s signature is included as it appeared on the original Bluenose sail plan. Notice the number 1 on the Bluenose’s right sail, which reflects Roué’s vision of a champion. In 1921, as the challenger, Bluenose was assigned the number “2” for its inaugural race; in winning that series it earned the coveted number “1” and kept it for the rest of its racing career. 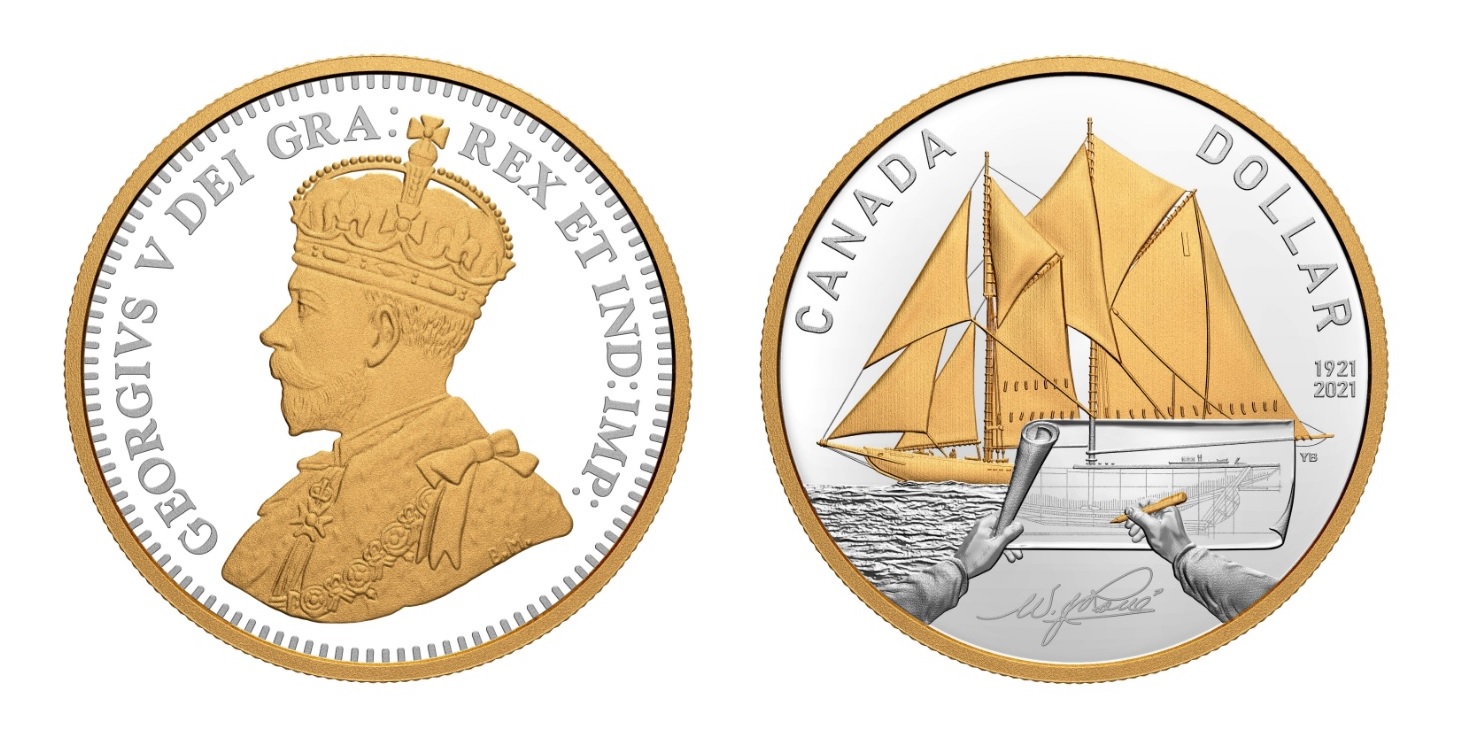 The obverse features the effigy of King George V by Sir E.B. MacKennal. As the Bluenose represented Canada at the Chicago World’s Fair in 1933 and at the Silver Jubilee celebrations in 1935, it is his effigy that appears on this coin’s obverse.

A special commemorative 10-cent coin is part of the 2021-dated silver Proof set which includes an effigy of King George VI, whose coins first depicted the Bluenose design in 1937. 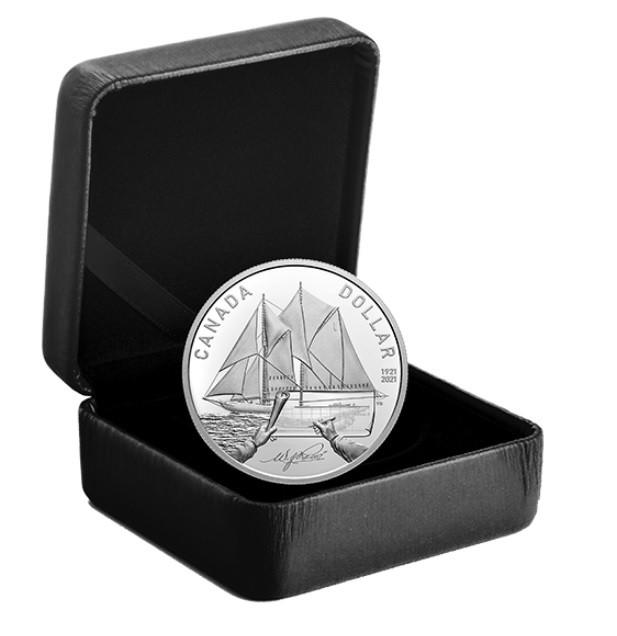 Each Proof dollar coin is encapsulated and presented in a custom Royal Canadian Mint case accompanied by a certificate of authenticity.

The selectively gold-plated version Proof dollar is available only in the 2021-dated Proof set, which includes all circulating denominations struck in .9999 fine silver presented in a deluxe leather-bound folder holding the coin set. For additional information, please visit the website of the Royal Canadian Mint for:

Dispatches of orders will commence from the 9th February.