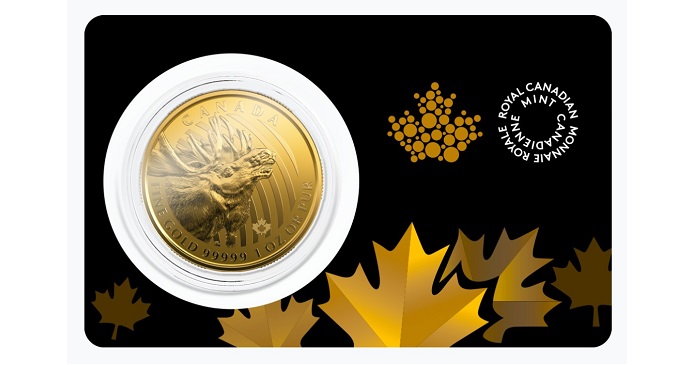 The Royal Canadian Mint has launched (1st April) three new coins geared toward precious metals investors looking for bullion coins that stand out from the competition. Among these are double-incused gold and silver Maple Leaf bullion coins and a new themed bullion coin entitled “Call of the Wild,” which is the Mint’s newest 99.999% pure gold bullion coin and features an image of a moose. 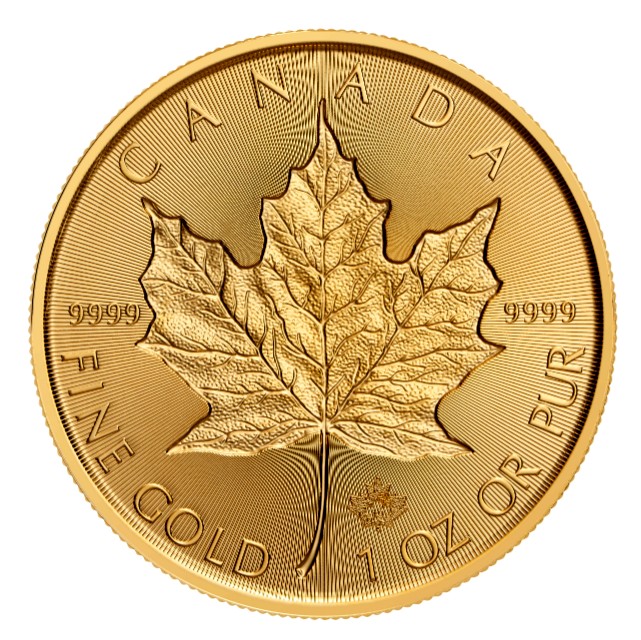 To commemorate the 40th anniversary of one of the world’s best-known gold bullion coins, the Royal Canadian Mint has crafted its first ever double-incuse version of its iconic Gold Maple Leaf coins. 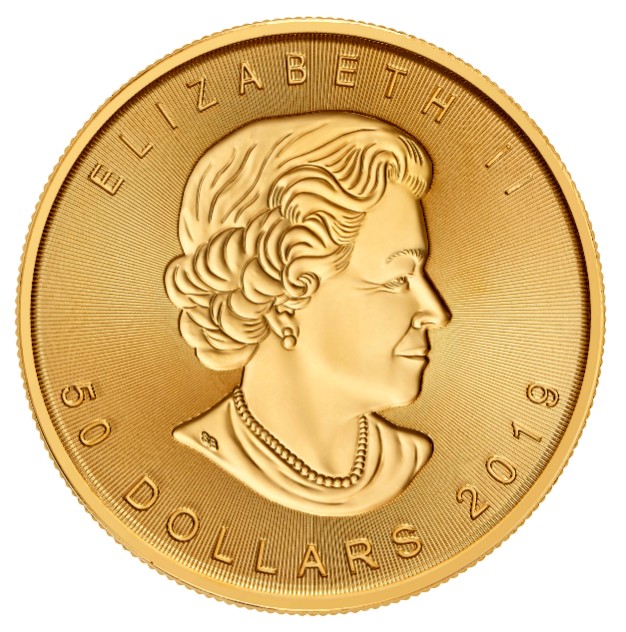 The sugar maple leaf reverse design and the effigy of Her Majesty Queen Elizabeth II appearing on the obverse are struck in a concave relief. 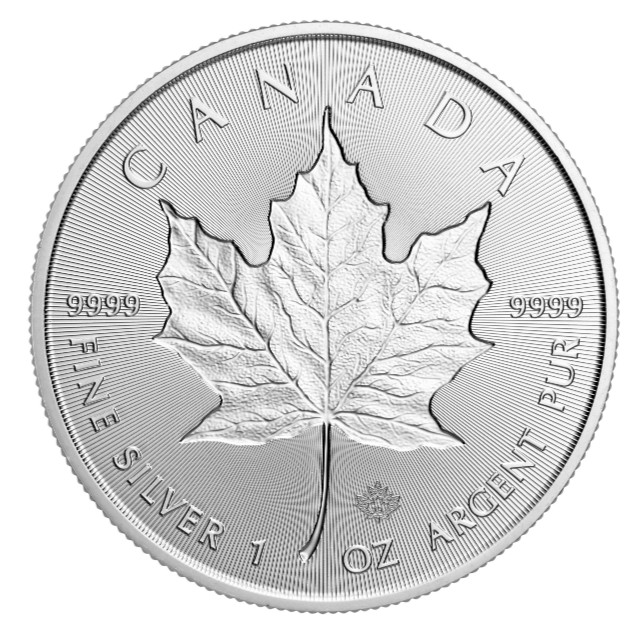 This design approach is also found on a 2019-dated Silver Maple Leaf bullion coin. Both the Gold Maple Leaf and Silver Maple Leaf coins incorporate an array of precisely machined radial lines into their finishes. The reverse designs feature a micro-engraved security mark in the shape of a maple leaf and include the number 19, to mark their year of issue. They also make use of the mint’s Bullion DNA anti-counterfeit technology, while the Silver Maple Leaf coins utilise MINTSHIELD TM surface protection. 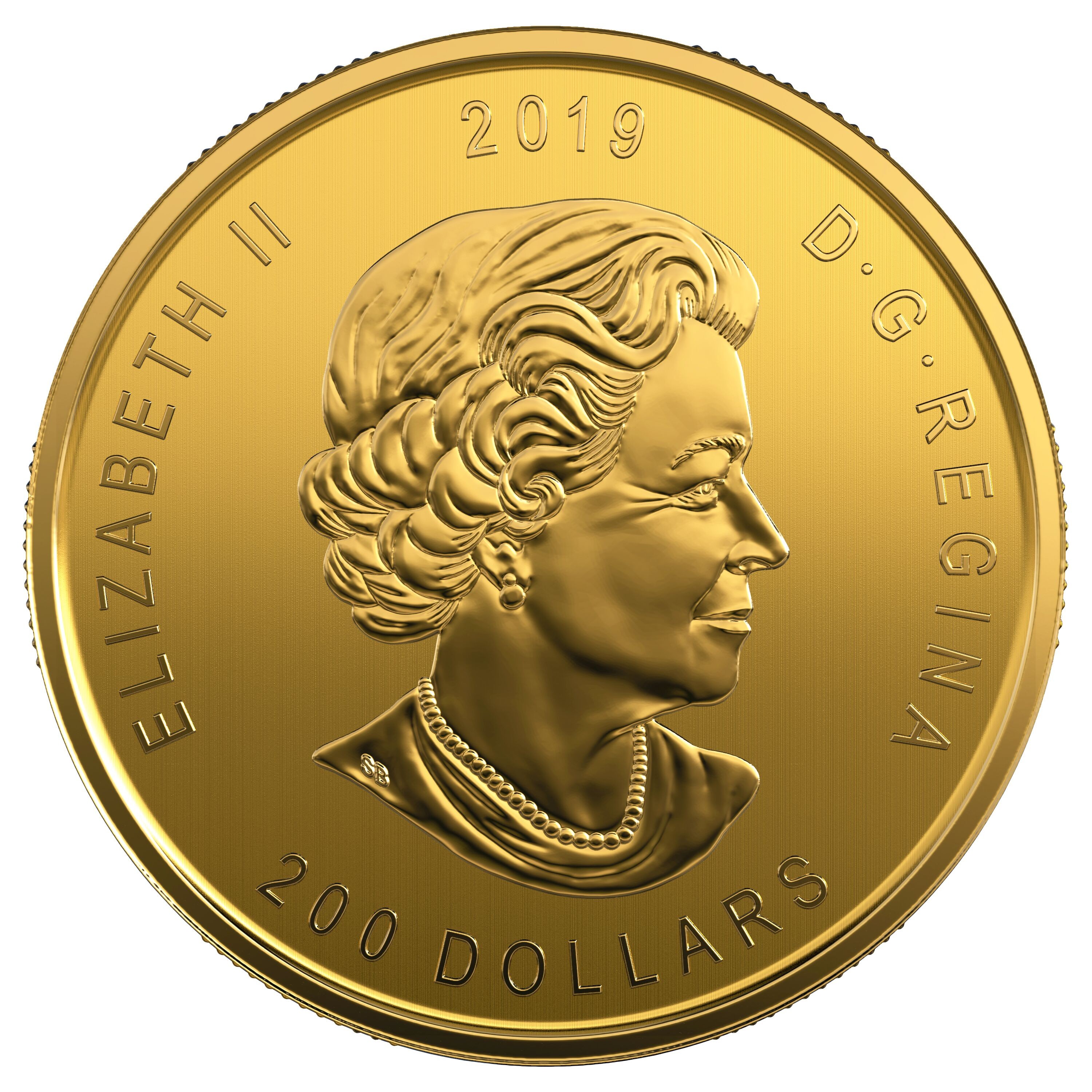 The $200 denomination is the highest-value legal tender among the world’s one-ounce gold bullion coins. The coin’s reverse is designed by Canadian artist Pierre Leduc. The Moose gold bullion coin is presented in credit card-style packaging, and includes a certificate of purity signed by the mint’s chief assayer. 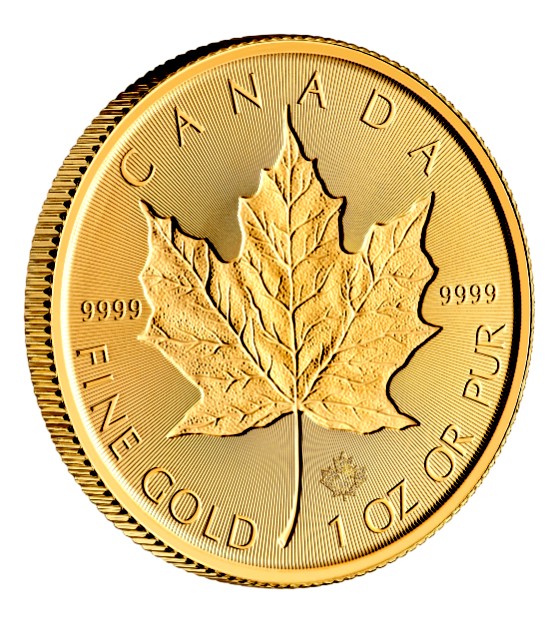 Keeping with a distribution model common to the world’s major issuers of bullion coins, the mint does not sell bullion directly to the public, and interested buyers are encouraged to contact a reputable bullion dealer to order new bullion coins.