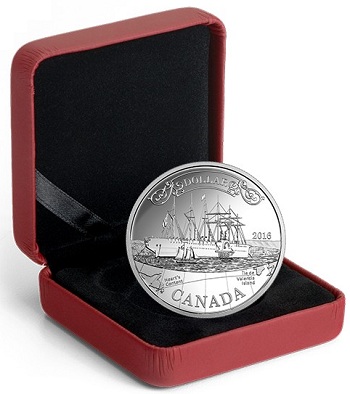 The Royal Canadian Mint has issued a new silver dollar recognizing the 150th anniversary the transatlantic cable, which has provided vital communication between the continents of North America, Europe, and the world over. This ingenious idea was ahead of its time, and its eventual implementation managed to connect both sides of the Atlantic Ocean via telegraph just before the invention of the telephone, which itself would one day be able to enable the peoples of both continents to speak to each other.

Canada played a significant part in this plan, since Newfoundland (later incorporated into the Canadian confederation in 1949) presented the ideal location for the transatlantic cable’s western terminus. In preparation, telegraph wires were quickly laid over land and across the Cabot Strait to connect the island to the wires over mainland Canada. Soon all was in place, minus the transatlantic cable itself.

In 1857, an initial attempt to lay a cable across the some-1600 mile distance proved unsuccessful when the cable broke. Perseverance and determination triumphed, however. Another series of attempts involving two ships proved successful in 1858. One ship sailed from the east and the other sailed from the west; they met in the mid-Atlantic, where the cable would be spliced together. A cable link was finally completed in August of 1858. 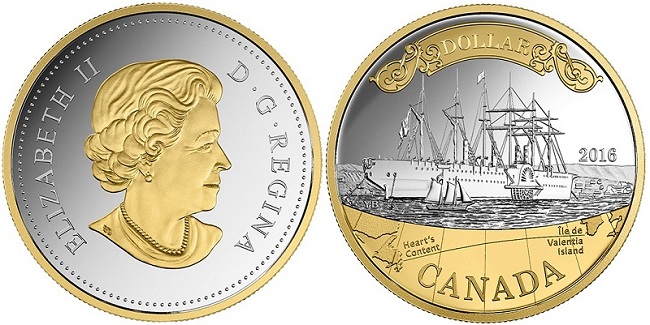 The first inaugural transatlantic telegraph between the two continents occurred when the Heads of State of the United Kingdom and the United States communicated. Queen Victoria sent a congratulatory message to the President of the United States, James Buchanan, although this first attempt had such poor reception that it took over 16 hours to transmit the message. Eventually, the first message transmitted and received, seeming to indicate that “Europe and America are united by telegraphy,” thus reducing the communication time between North America and Europe from ten days – the time it took to deliver a message by ship – to just over half a day.

Disappointingly, the cable failed on September 3 under a high voltage charge. Further work on the Atlantic cable was hindered by the Civil War in America. It wasn’t until 1865 that a single ship would lay the cable in just one trip across the Atlantic. As the largest vessel at the time of her launch, the iron steamship S.S. Great Eastern was outfitted to hold the giant coils of cable that would cover the distance between Foilhummerum Bay on Valentia Island off of Ireland and Heart’s Content, Newfoundland.

The cable snapped once more and it too was lost to the ocean depths, but the following year’s attempt would prove more successful. On July 27, 1866, Great Eastern triumphantly steamed into Newfoundland’s Trinity Bay, the cable was pulled ashore at Heart’s Content, and history was made as the transatlantic telegraph cable was declared fully operational.

Remarkably, a second cable was in place shortly after, when the Great Eastern successfully retrieved and completed the efforts of the 1865 cable-laying project. It was all an unforgettable and extraordinary lesson in perseverance, and the cable succeeded in establishing a communication link that has remained unbroken ever since. 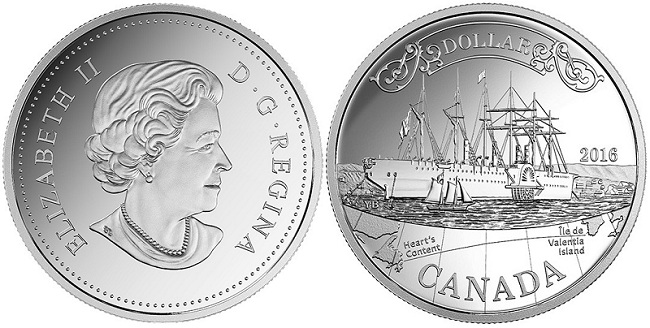 The coin, designed by Canadian marine artist Yves Bérubé, features a starboard side view of S.S. Great Eastern, as the iron steamship triumphantly rests in the harbor of Heart’s Content, Newfoundland. The Great Eastern easily dwarfs a local gaff-rigged fishing boat, known as a Jack Boat, off her bow, while her four funnels and six masts rise up to fill the upper portion of the reverse.

In the background, the fishing village and the hills that surround Trinity Bay are a welcome sight, signaling the end of one journey for the crew after spending weeks laying the transatlantic cable along the North Atlantic seabed. This historic cable linking Heart’s Content to Valentia Island, Ireland, is illustrated on the map element that fills the reverse’s lower portion. The cable itself is represented on the map. The obverse side includes the effigy of HM Queen Elizabeth II as designed by Susanna Blunt and used on all Canadian circulation, as well as many commemorative coins, since 2002. 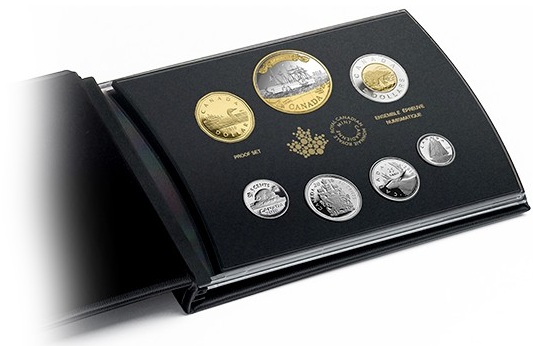 The single Proof coin is encapsulated and packaged in a Royal Canadian Mint-branded presentation box. A select-gold plated version of this coin is also available in the pure silver Proof set consisting of seven coins in total. For more information on this and other coins offered by the Royal Canadian Mint, please visit their Web site. International sales will be dispatched where applicable.