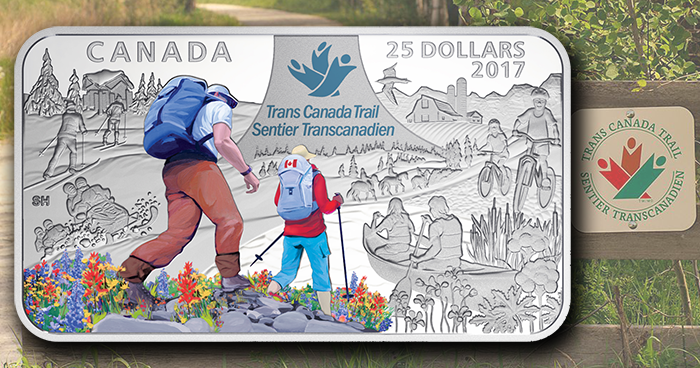 The Royal Canadian Mint has launched (16th August) an exciting new rectangular silver coin to celebrate the 25th anniversary of the 24,000-kilometre (15,000-mile) Great Trail, which was formerly known as the Trans Canada Trail. This massive pathway will soon connect Canada from its Atlantic, Pacific, and Arctic coasts. The special-edition coin was launched at an event held beside the Meewasin Trail section, which crosses the city of Saskatoon as it follows the shore of the South Saskatchewan River. Royal Canadian Mint president and CEO Sandra Hannington was on hand during the launch and commented: “As an organization which prides itself on connecting Canadians through coins, the Mint is delighted to issue a coin celebrating the bringing together of our country, especially on its 150th anniversary, through the Great Trail initiative.”

Also participating in the launch event was Deborah Apps, president and CEO of Trans Canada Trail, who stated: “It is such an honour for the Trans Canada Trail to have a coin commemorating Canada’s Great Trail, for our volunteers and donors who have worked tirelessly to connect the trail across Canada, making this 25-year dream a reality.” 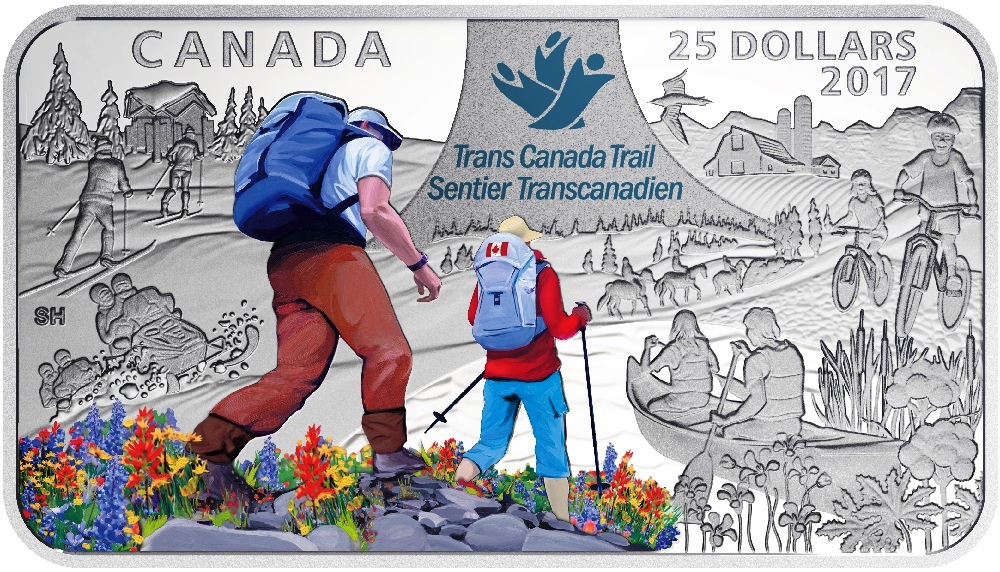 The unique, panoramic, rectangular (or ingot-shaped) coin was designed by Canadian artist Steve Hepburn. The reverse of the 1.5-ounce, 99.99% pure silver coin depicts a pair of hikers, selectively enhanced with colour, setting out to explore the Great Trail of Canada. Above them is the logo of the Trans Canada Trail in full colour, surrounded by a series of engraved vignettes depicting the many ways the trail’s diverse landscapes can be enjoyed year-round. The activities include exploring agricultural lands nestled in foothills; cycling along a rural trail; canoeing through wetlands; horseback riding; backpacking across rocky terrain; and snowmobiling and cross-country skiing. 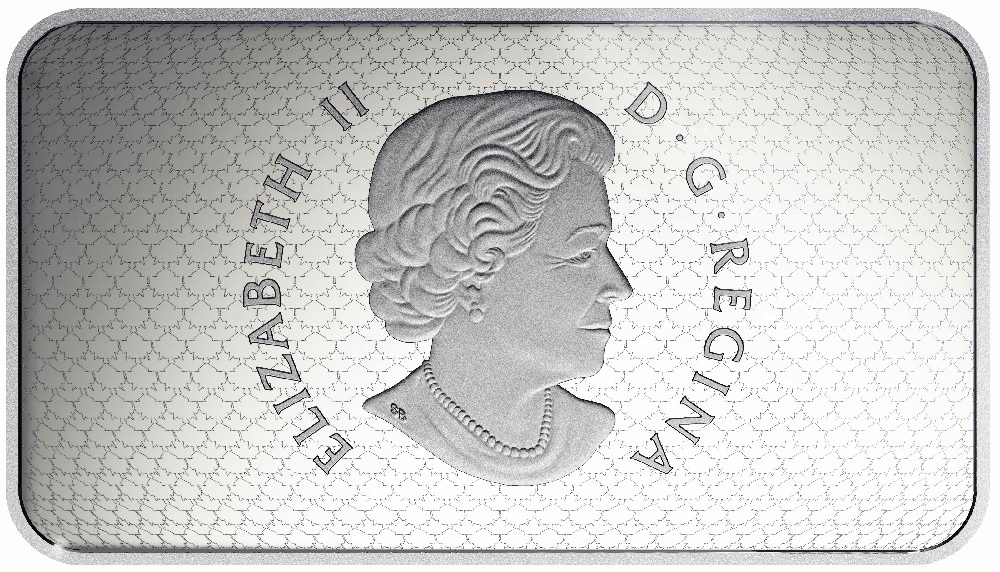 The obverse includes an effigy of HM Queen Elizabeth II created by Susanna Blunt and seen on all circulation and many Canadian collector coins since 2003.

The coin is issued during the national celebrations of Canada’s 150th anniversary of Confederation. The coin is presented in a corresponding-shaped lucite capsule and placed in a custom-branded Royal Canadian Mint maroon case with a certificate of authenticity. For more information on this and other coins offered by the Mint, please visit the website of the Royal Canadian Mint.