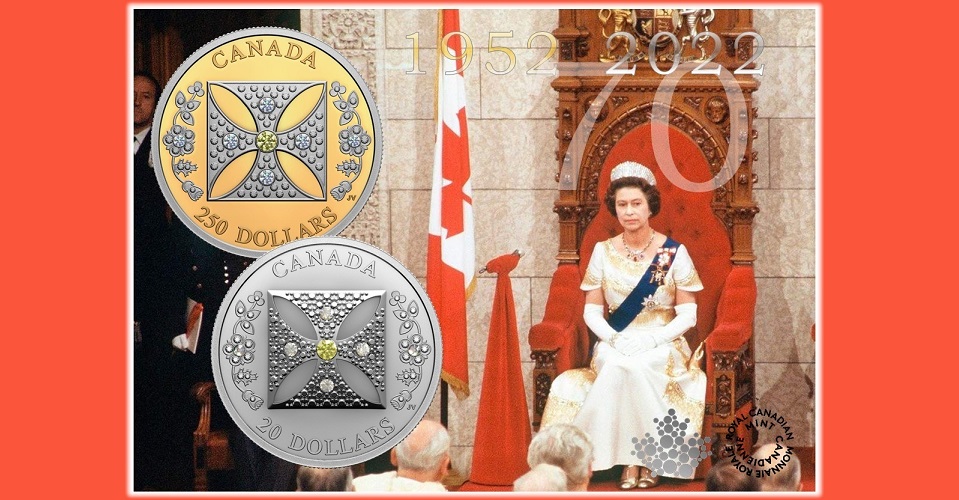 The Royal Canadian Mint has released new gold and silver Proof coins accented with faceted diamonds or crystals which marks the 70th anniversary of the accession of Queen Elizabeth II to the throne of Canada. As the country’s sixth sovereign since Confederation in 1876 and the most widely travelled monarch, Queen Elizabeth II has made 22 official visits to Canada. Her first was in 1951 while still Princess Elizabeth, where she visited in place of her father who was too ill to travel. On two occasions, Queen Elizabeth II opened Parliament personally, the first time was in 1957 for the 23rd session and the second, 20 years later during her Silver Jubilee year in 1977 for the 30th session. On the 17th April 1982, the Queen officially repatriated Canada’s constitution to its home during her 11th visit. Amendments to Canada’s constitution, known as the British North America Act and previously the responsibility of London was transferred over to the Canadian government in Ottawa. The last legal tie with Great Britain was severed, as such this transition was celebrated as full Canadian sovereignty.

The last official visit to Canada occurred in 2010 on the occasion of celebrating Canada Day on Parliament Hill in Ottawa on the 1st July. She and her husband, the late Duke of Edinburgh, also participated in the celebrations of the centennial of the Royal Canadian Navy. Since her accession to the British and Canadian throne, Her Majesty has completed more royal tours in Canada than to any other country or territory in the Commonwealth. 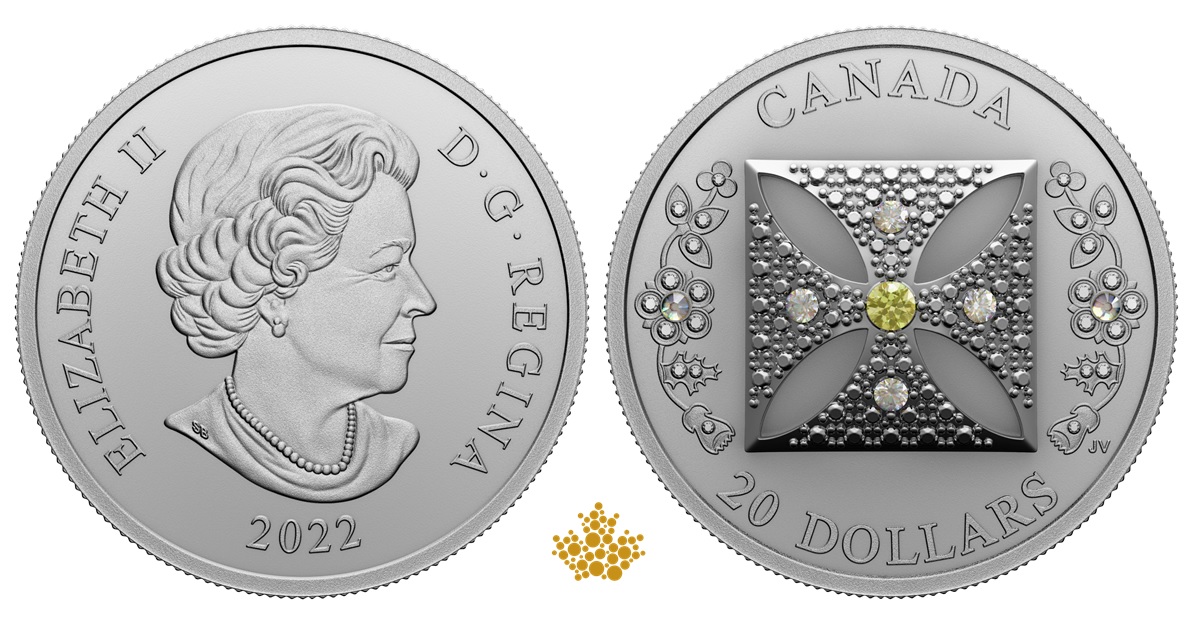 The coins are designed by Jori van der Linde who has chosen to feature the central cross which is a focal point on the George IV State Diadem. On the two-ounce pure gold examples, the coins are set with seven genuine faceted diamonds, including a yellow one, which is a first for the Royal Canadian Mint that adds authentic sparkle to an artistic representation of the diadem’s distinctive cross pattée and floral sprays. The reverse design also includes the inscription CANADA above and 250 DOLLARS (gold) or 20 DOLLARS (silver) below the primary motif. The obverse features the date 2022 and a field pattern behind the effigy of Her Majesty Queen Elizabeth II created by Susanna Blunt. 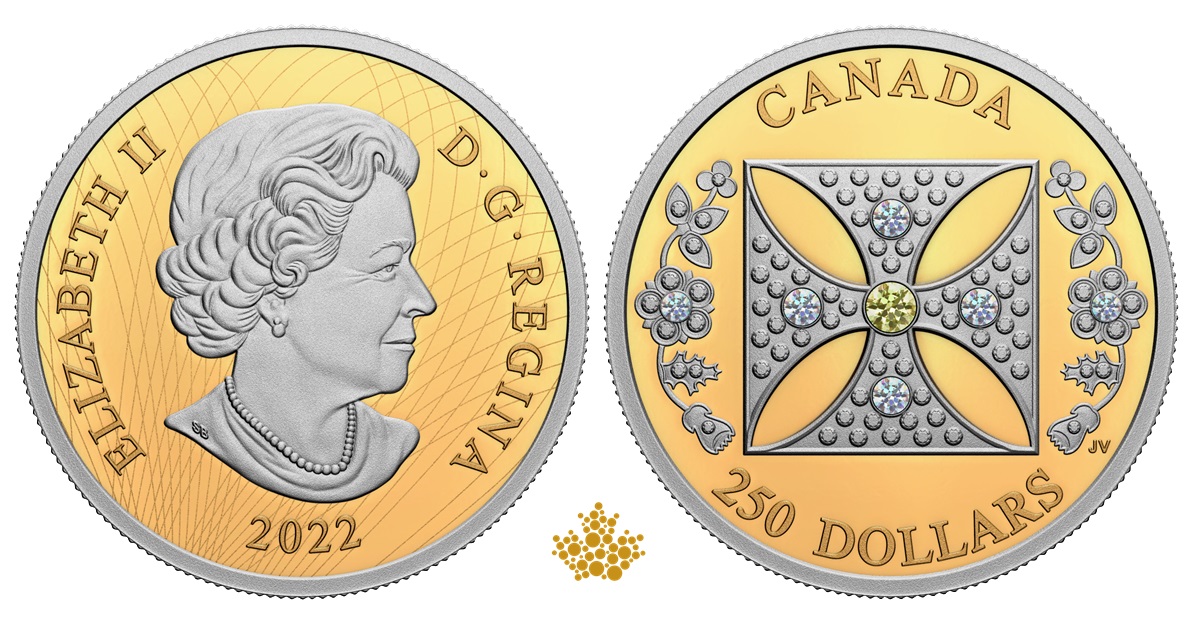 Queen Elizabeth II often wears the George IV Diamond Diadem for many official portraits which are the basis for effigies and official images included on banknotes, postage stamps, and coins. The diadem was featured on Canada’s third effigy seen on the obverse of most Canadian coins issued between 1990 and 2002.