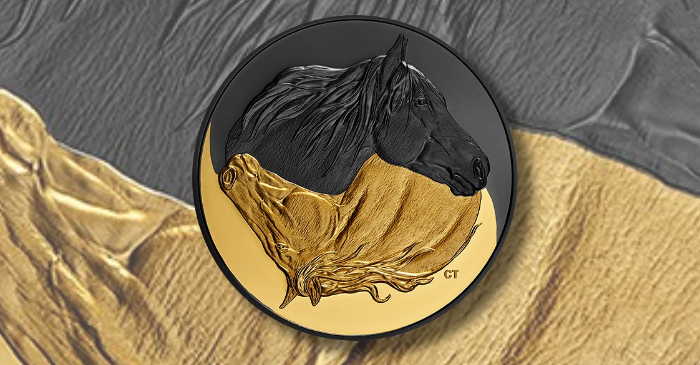 The Royal Canadian Mint has launched new collector coins with an eye-catching design, in terms of depiction and using plating effectively to highlight an exceptional equine-themed design.

For thousands of years, horses have played a significant role in transforming the world, with no other partnership between man and another species being as beneficial. Canada’s own national horse, simply known as the Canadian horse, is a living connection to the country’s past and the embodiment of the Canadian spirit today. In terms of being an equine ambassador, the Canadian horse is a little known national treasure. Across the centuries, it has played a critical role in the economic and social development of Canada and has impacted agriculture, trade, transportation, and has even taken part in wars.

The robust “little iron horse,” as they are sometimes affectionately known by, is descended from stock initially sent to New France (or present-day Quebec) in 1665. Over the centuries, they became uniquely adapted to the Canadian climate, and, in fact, they have long been prised for their hardiness and calm nature. However, this domestic breed has twice faced extinction, first in the late 1800s, which was primarily due to exporting and breeding practices, and more recently in the 1960s and ‘70s, when, at that time, less than 400 remained.

It has been long believed that horses can attune themselves to the emotions of humans and reflect our own behaviours, as a result of this interaction, that can open the door to healing. Equine-based therapy, for instance, known as hippo-therapy as well as therapeutic riding and equine-facilitated wellness, aims to improve the wellbeing of many Canadians diagnosed with physical or mental health issues. Therapy horses can aid with physical rehabilitation exercises, and they can also help reduce anxiety and boost confidence through positive interactions. Today, the breed is still “at-risk,” but thanks to the efforts of Canadian horse breeders, the herd has mounted a steady comeback. 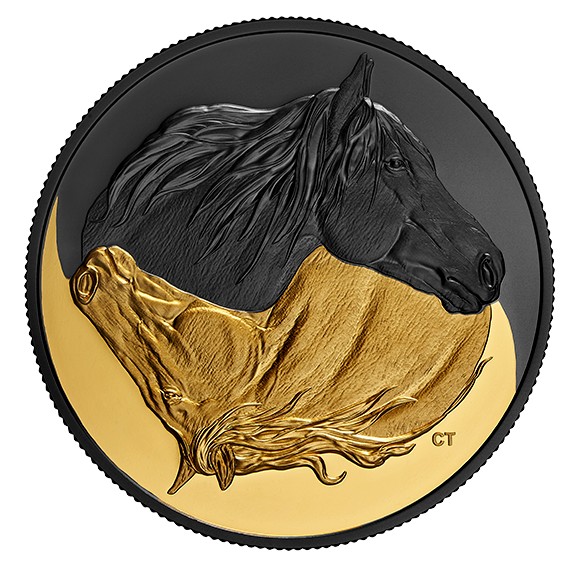 The reverse side of these 2020-dated coins are designed by Claude Thivierge and features two side profiles of the Canadian horse (Equus ferus caballus). One is plated with gold, while the other is plated with black rhodium. The two opposites interact to form a single, dynamic image that celebrates the human-horse relationship and reflects on the heritage breeds’ near extinction status. 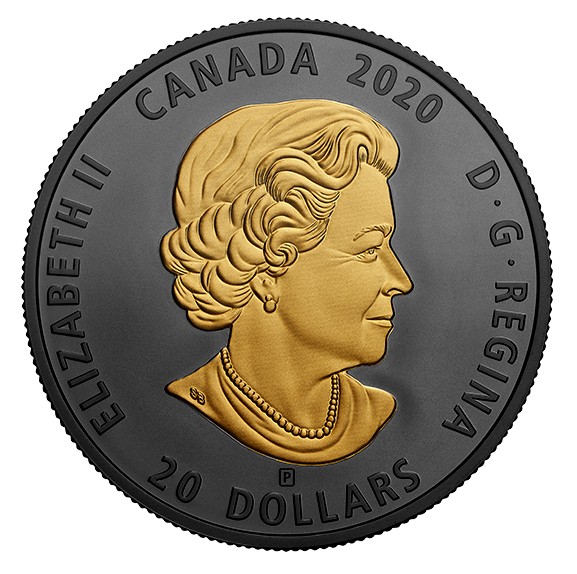 The obverse features the effigy of Her Majesty Queen Elizabeth II created by Susanna Blunt. The year 2020 and the denomination of 20 DOLLARS are also shown on the obverse. 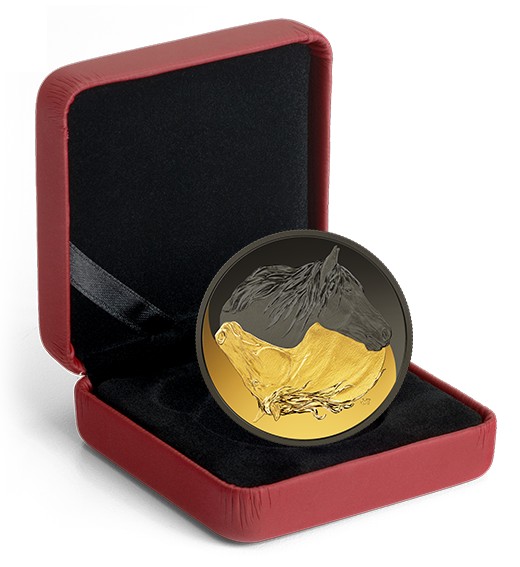 Each coin is encapsulated and presented in a custom case accompanied by a certificate of authenticity. For additional information about this coin and others available from the Royal Canadian Mint, please visit their website.