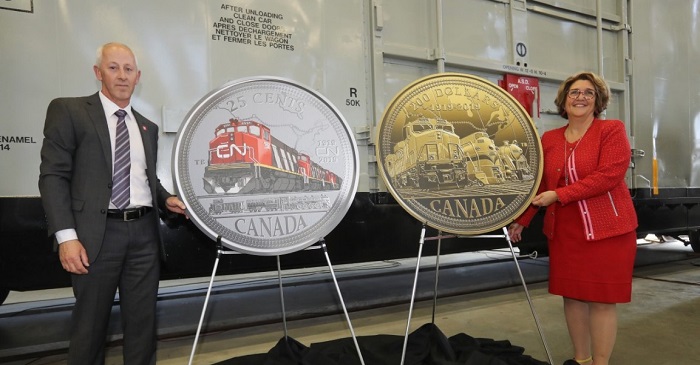 The Royal Canadian Mint, in conjunction with officials from Canadian National (CN), has officially launched (13th May) new collector coins which are in celebration of the 100th anniversary of Canada’s only transcontinental railway. Formally launched in Winnipeg, Manitoba, the new colour 25-cent coins were unveiled by Marie Lemay, president and CEO of the Royal Canadian Mint, along with J.J. Ruest, president and CEO of CN.

CN’s 100-year history is associated with a century of progress in Canada. The collective Canadian National Railways resulted from the nationalisation and conglomeration of four railway networks: The Grand Trunk Pacific, the Intercolonial, the Canadian Northern Railway, and the National Transcontinental Railway. From telegraphs to steamships, the former Crown Corporation has kept Canadians connected over land, sea, and even air, with the launch of the first national airline in 1937. CN gradually shifted its focus to freight services when the company was fully privatised in 1995. The most extensive rail network in Canada, today’s trains transport more than $280 billion worth of goods annually across tracks that span the continent. CN employs more than 24,000 people, and, as of September 2018, had a market value of approximately CDN$84 billion dollars. 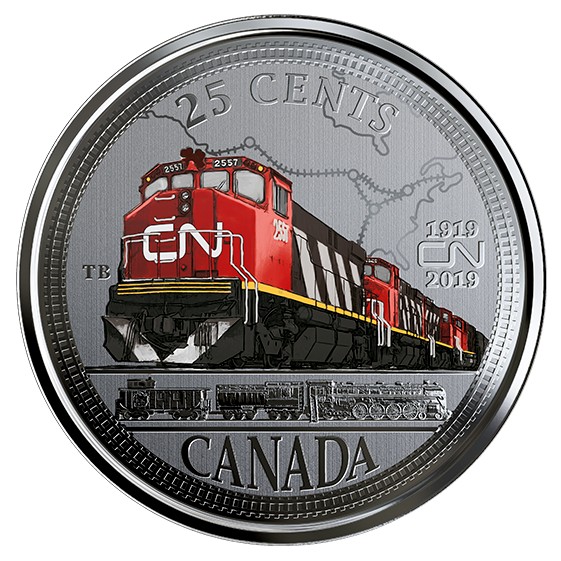 The new 25-cent coin connects the past with the present. The unique red and black freight train, which is a familiar sight on Canada’s rail tracks, features in the centre. The coins are designed by Canadian artist Tony Bianco and are struck with a Specimen finish and selective colour. The design features two locomotives that are the famed workhorses of CN’s vast rail network. The featured colourised train is the diesel-electric MLW M-420 built by Montreal Locomotive Works, while the train shown below is the steam-powered Northern CN 6218, symbolising the golden age of passenger rail travel. In the background, a stylised rail map highlights CN’s legacy of connecting communities across Canada. Instead of the traditional denticles usually seen around the edge of many designs, train tracks are substituted along the coin’s reverse. Selective colour highlights the red and white freight locomotives that are a familiar sight across Canada. 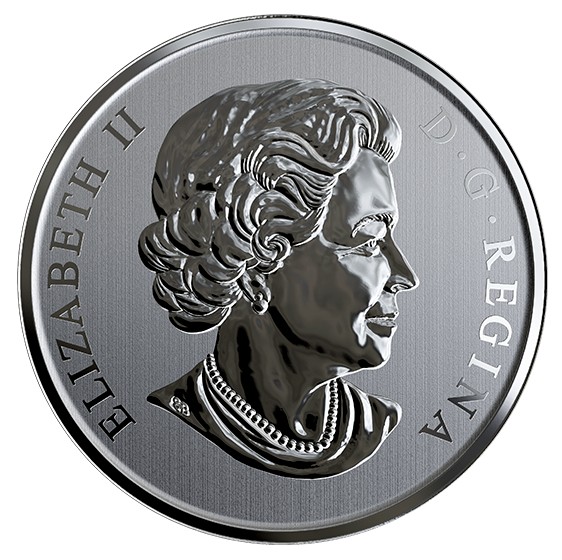 The obverse includes the effigy of HM Queen Elizabeth II created by Susanna Blunt and has been used on all circulating and many commemorative Canadian coins since 2003. 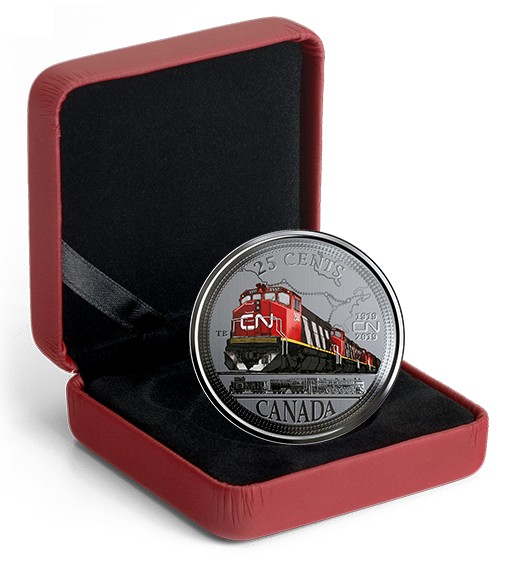 The Select-strike and colour coin is specially encapsulated and encased in a custom Royal Canadian Mint-branded maroon case and is accompanied by a numbered certificate of authenticity. The $200 gold coin, also officially launched during the ceremony, was first available in March.

For additional information about this coin and others available from the Royal Canadian Mint, please visit their website.