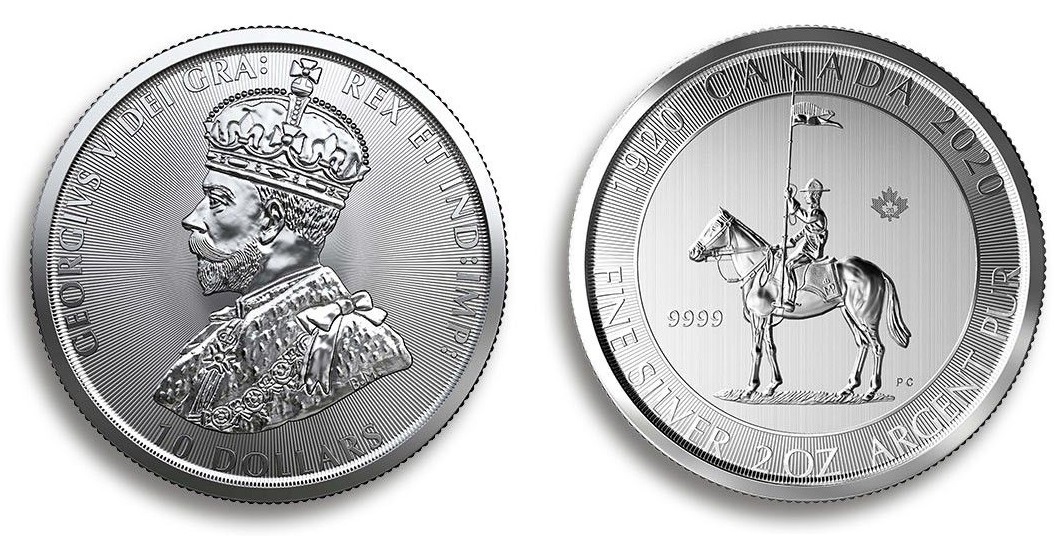 Colloquially known today as the “mounties,” the RCMP provides vital law enforcement at a federal level while also providing provincial policing in eight of Canada’s 10 provinces, exempting Ontario and Quebec.

The idea of a mounted force was first conceived by Canada’s first prime minister, Sir John A. Macdonald, who envisaged a permanent force to patrol Canada’s newly acquired Northwest Territories, purchased by the Dominion of Canada from the Hudson’s Bay Company. The prime minister signed into law the force initially known as the “Northwest Mounted Rifles.” However, officials in the United States raised concerns that an armed force along the border could be inferred as a prelude to a military buildup. As a consequence, the force was renamed the Northwest Mounted Police (NWMP) when it was officially founded in 1873. In 1904, the force added the prefix “Royal” to its name when it merged with the Dominion Police, the main police force for all points east of the province of Manitoba. Finally, in 1920, it was renamed the “Royal Canadian Mounted Police,” a reference which remains today.

Since this time, there have been several substantive changes or additions to the RCMP, which included the amalgamation of Newfoundland’s own Newfoundland Ranger Force when they joined the Canadian Federation on the 1st April 1949. The RCMP became a full member of the International Criminal Police Organisation (Interpol) in June 1953. On the 4th July 1973, the centenary anniversary of the founding of the original police force (the NWMP), Queen Elizabeth II approved in Regina, Saskatchewan, a new badge for the RCMP. In recognition of this acknowledgement, the force presented the sovereign with a tapestry rendering of the new design.

The RCMP are famous for their distinctive dress uniform, or “review order,” popularly known as the “Red Serge.” The resplendent design includes a high collared scarlet tunic, midnight blue breeches with yellow leg stripe, Sam Browne belt with white sidearm lanyard, oxblood-coloured riding boots (some fitted with spurs), brown wide flat-brimmed felt campaign hat with the characteristic “Montana crease,” and brown gloves. Today, the RCMP will include horses for ceremonial operations such as escorting the governor general’s open landau to the opening of Parliament. 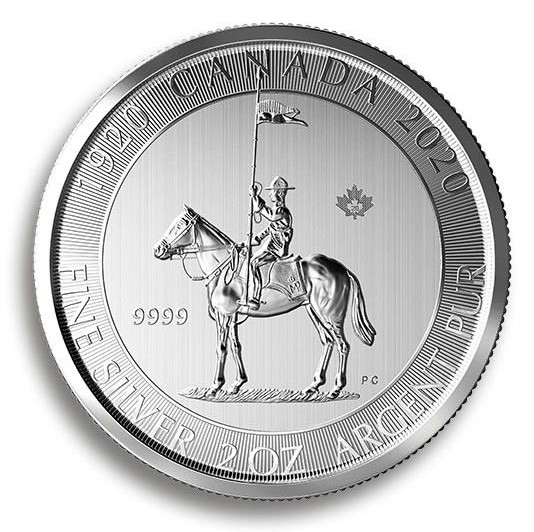 The reverse side of the silver piedfort strikes is designed by Paul Cedarberg and includes a beautiful depiction of a lone RCMP rider on horseback holding a standard in his left hand and the reins of his mount with his right. The denotation of the coin’s pure silver content is represented with 9999 seen to the left of the design, and a small maple leaf is placed on the right. The commemorative years 1920 and 2020 are placed above the primary design along the edge. The additional text FINE SILVER 2 OZ ARGENT PUR is found below the design along the edge. 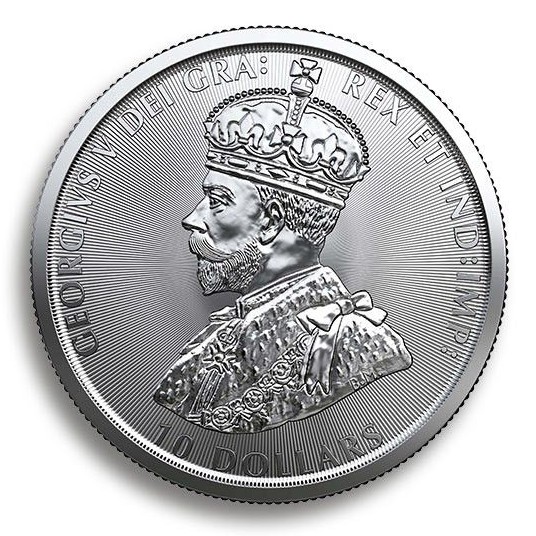 The obverse side includes a crowned effigy of HM King George V created by Sir E. B. Mackennal, which is the same portrait of the King used on Canadian coinage during his reign (1910–1936). The denomination of TEN DOLLARS is placed below the King’s likeness.

As the Royal Canadian Mint does not sell bullion-related coins directly to the public, interested collectors are advised to contact their preferred precious metal dealers to purchase this coin. For additional information about RCM bullion products, please click here.