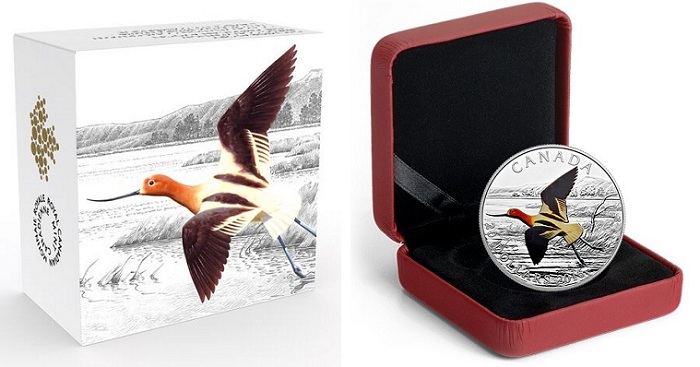 The Royal Canadian Mint has issued the latest coin in its “Migratory Birds Convention” series, which highlights the centennial anniversary of a 1916 treaty, signed by the United States and Great Britain (on behalf of Canada), that stands to this day as a milestone in the history of wildlife conservation. The statute made it unlawful without a waiver to pursue, hunt, take, capture, kill, or sell birds listed as “migratory birds,” and grants full protection to any part of the listed birds, including feathers, eggs, and nests. To date, over 800 species are currently on the list.

As it marks its 100th year, this coin series celebrates four of the migratory species that have benefited from the provision with designs that feature each bird in its natural habitat. The second coin features the American avocet, which can be observed every summer wading through the shallow wetlands and lakes of Canada’s prairie provinces, where it comes to breed and raise its young. 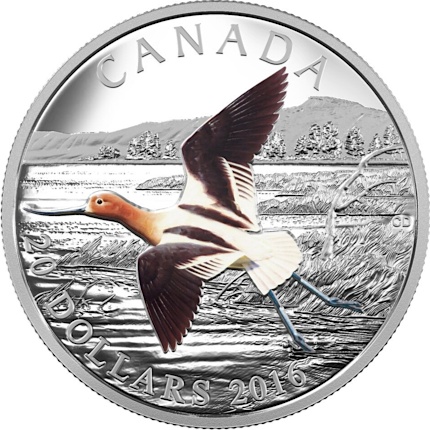 The reverse design by Claudio D’Angelo features an engraved portrait of an American avocet on its approach to a shallow marsh. With foothills and a row of cottonwoods in the background, the avocet prepares to land amid the grasses. One of the shorebird’s legs skims the surface of the water to slow its descent, creating a soft wake in this otherwise tranquil setting. The application of color over the detailed engraving highlights the avocet’s defining characteristics: its dark, upturned bill; its cinnamon-colored neck; the contrasting black-and-white colors of its back and wings; and the blue-grey legs that allow it to wade gracefully through shallow waters. 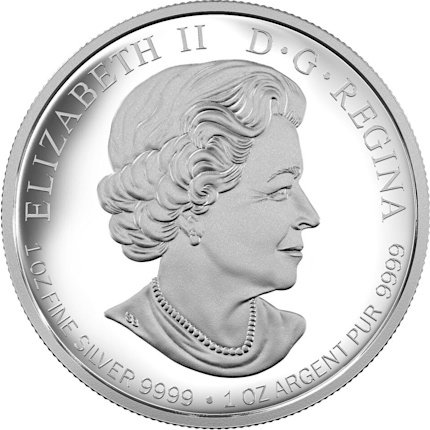 The obverse includes the effigy of HM Queen Elizabeth II as designed by Susanna Blunt, which has been used on Canadian circulation coins and most commemorative issues since 2003.

The first coin in this series was the Mountain Bluebird. The current coin, featuring the American Avocet, is now available, with the American Goldfinch coin due to be released in August. Lastly, the Pileated Woodpecker coin will be issued in November of 2016.

A custom wooden presentation case is also available for the full set. The series can be purchased in R.C.M. retail shops and as a subscription to residents of Canada and the US. For more information on this and other coins offered by the Royal Canadian Mint, please visit their Web site.