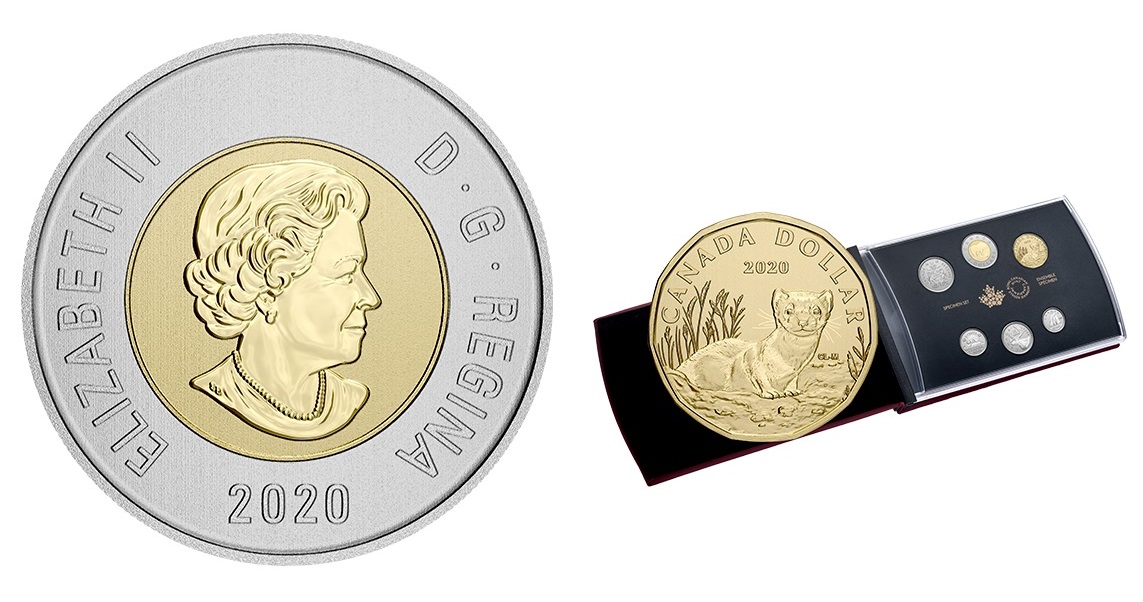 The Royal Canadian Mint has released the 2020-dated Specimen coin set which includes all six current circulating coins. The Specimen dollar has featured a different bird each year since 2004, but with this year’s set, the black-footed ferret becomes the first mammal to appear on a Specimen one-dollar coin and is another set exclusive. The 2020 dollar coin highlights the black-footed ferret and their Canadian re-introduction, which also focuses on the patience, cooperation, and dedication behind species recovery efforts. It serves as a reminder that concerned humans play a massive part in nature conservation and that it is a long-term commitment. This once-lost resident of our grasslands has been the focus of decades-long recovery efforts led by volunteers and partners, including the Toronto Zoo, Calgary Zoo, Parks Canada, and the U.S. Fish and Wildlife Service, who are working together to give this species another chance in Canada. 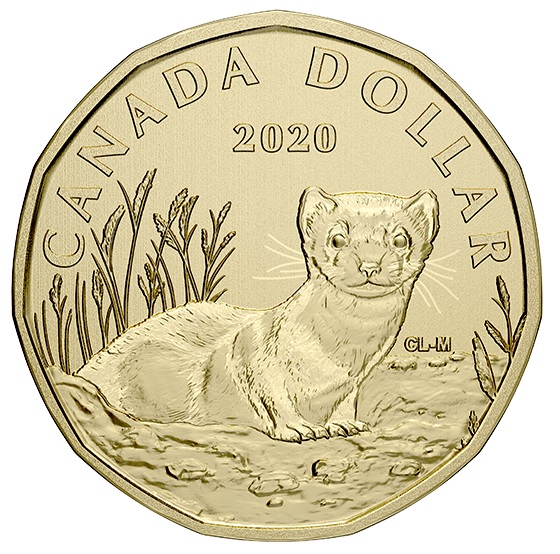 Back From the Brink: Canada’s Black-Footed Ferret

Sadly, plague and environmental factors had a devastating effect on prairie dogs, which were the ferret’s primary food source, and ultimately on Canada’s reintroduced ferret population. Annual releases were halted in 2013, but today, recovery partners are continuing their efforts to stabilise prairie dog populations in the hope of resuming the black-footed ferret’s Canadian re-introduction.

The Specimen dollar is designed by Caitlin Lindstrom-Milne, the reverse side of the 11-sided brass plated coins feature a black-footed ferret (Mustela nigripes) in its natural grassland habitat, where it pauses at the edge of a burrow surrounded by grama grass. The obverse side depicts an effigy of HM Queen Elizabeth II created by Susanna Blunt and used on all circulating and many commemoratives coins since 2003.

A total of six coins comprise the Specimen set, the special edition dollar coin, along with the 2020 reverse designs for the two-dollar, 50-cent, 25-cent, 10-cent and five-cent circulation coins. All six coins are presented in book-style packaging with a removable lens and limited to a maximum of 25,000 sets. For more information about this coin and other coins and sets offered by the Royal Canadian Mint, please visit their website.