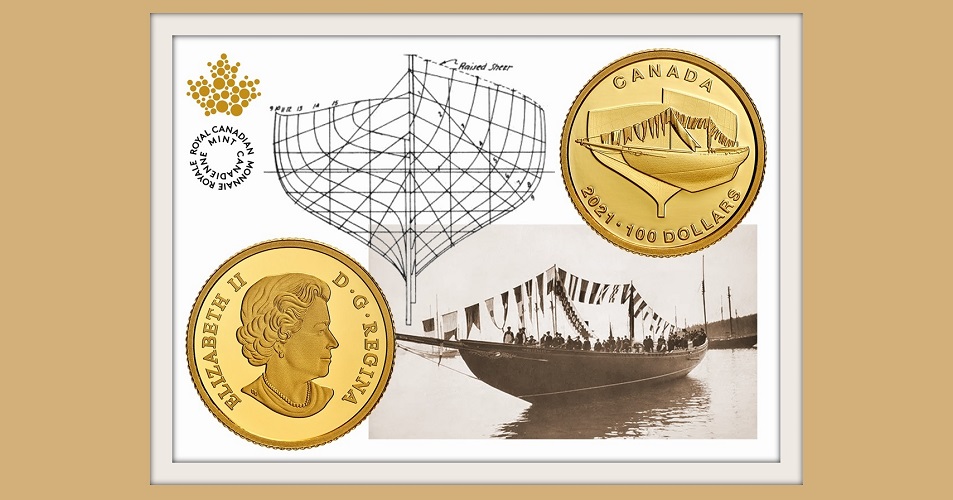 The Royal Canadian Mint has released their annual $100 gold coin which marks the centenary anniversary of the launch of Bluenose, the Grand Banks fishing schooner whose racing feats and indomitable spirit earned it the title of “Queen of the North Atlantic.” The design that gave Bluenose the gift of speed also gave the schooner its grace and majesty. Initially, W.J. Roué’s (1879-1970) first design for Bluenose specified a waterline length of 36.6 metres (120 feet, one inch) which was actually too long to qualify for the International Fishermen’s Race. The maximum allowable length was 44.2 metres (145 feet) and a waterline length of 34 metres (112 feet) which meant Roué had to submit a revised design that would ultimately become his masterpiece. A further modification in terms of aesthetics was made by Roué to accommodate a request from its captain. The forecastle or upper deck of the sailing ship was raised by 30 centimetres (one foot) in order to give the crew more headroom, which meant the ship’s topside and bow were also raised. 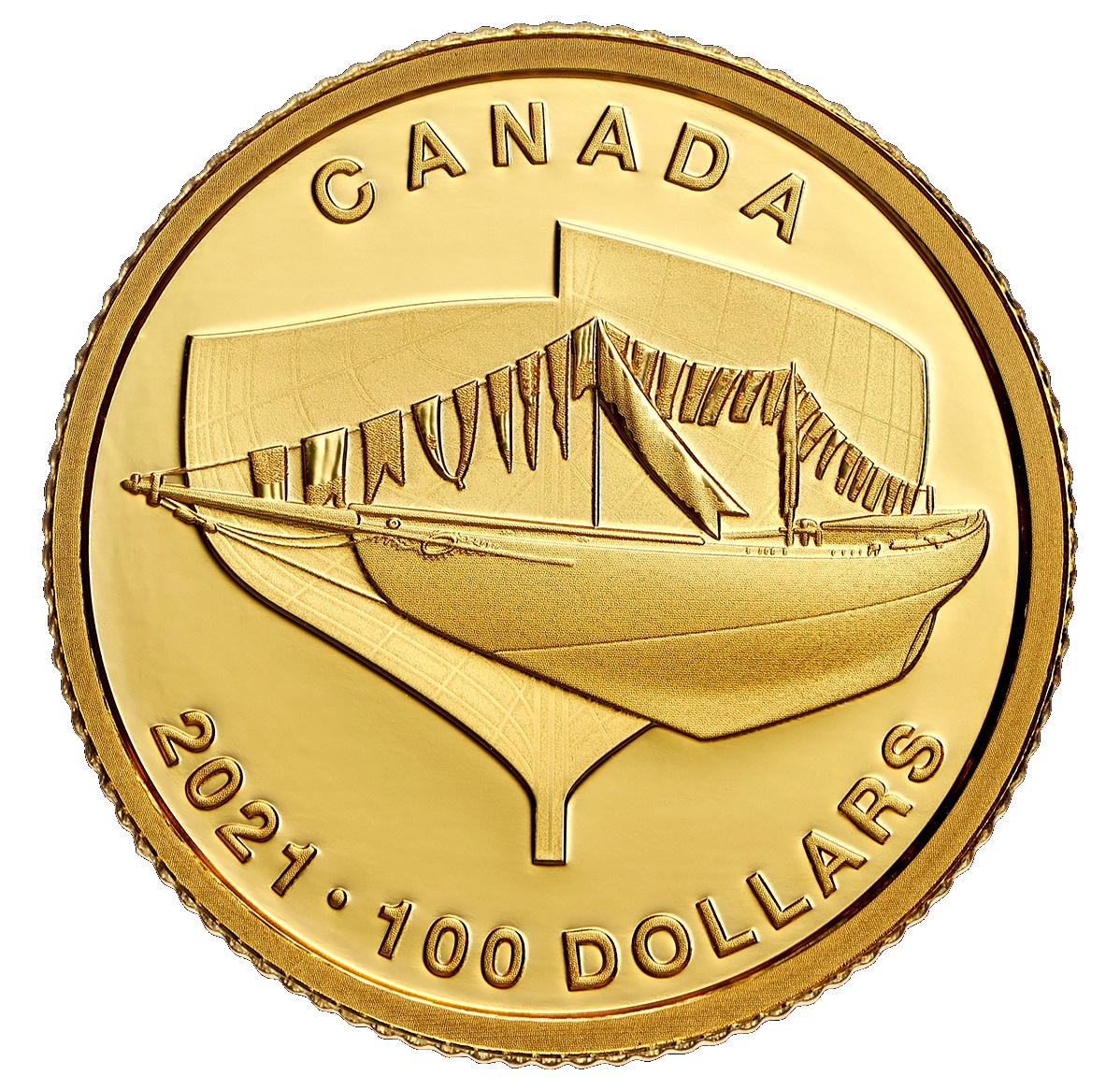 The reverse celebrates Bluenose through two images that are precisely aligned to create a contrasting effect. On the coin’s reverse, the design includes an image of Bluenose without sails and dressed in an array of signal flags based on a photo of the newly launched vessel taken on the launch day before being fitted with sails and rigging, which presents a different view. The hull drawing of Roué’s streamlined design and its lines in the background is a nod to the design that made it a successful racing champion. Above the primary design is the text CANADA with the year of issue 2021 and the denomination of 100 DOLLARS placed below. 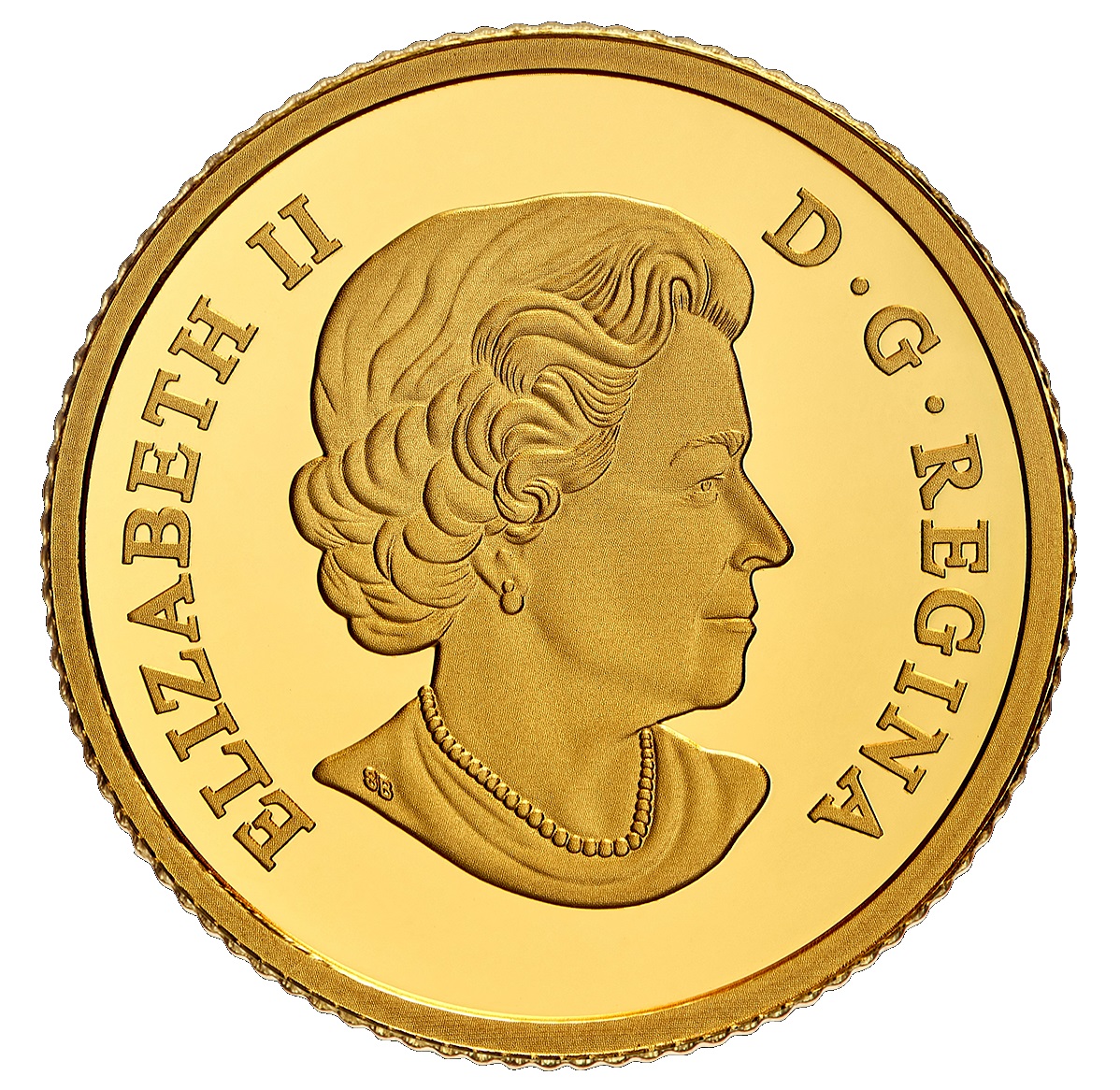 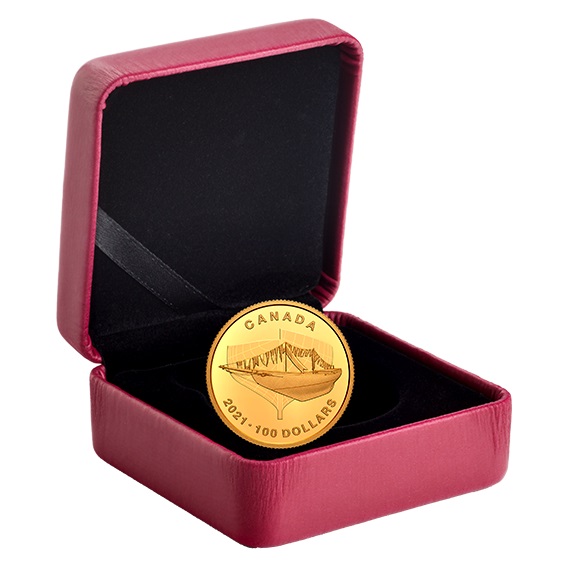 Each $100 coin is individually encapsulated and presented in a Royal Canadian Mint-branded custom case along with a certificate of authenticity and black outer protective box. For more information about this coin and other coins released by the Royal Canadian Mint, please visit their website.