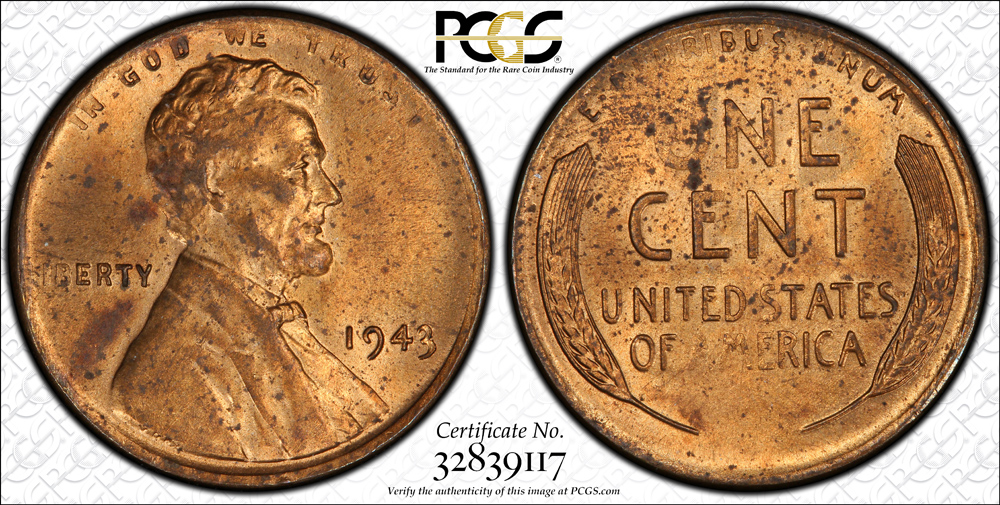 This bronze 1943 Lincoln cent (wheat reverse) is the single finest known, with a grade of Mint State 63 Red (MS-63RD). The coin is now in The Dazzling Red Collection of Lincoln Wheat Cents belonging to an anonymous collector. The coin will be on display at ANA’s Money Museum and again at the 2018 ANA World’s Fair of Money in Philadelphia, Pennsylvania from August 14-18, 2018.

The collector who recently purchased the coin prefers to remain nameless about the transaction. Paul Gilkes, the editor of Coin World, confirmed that the selling price of the rare cent was over $1 million. 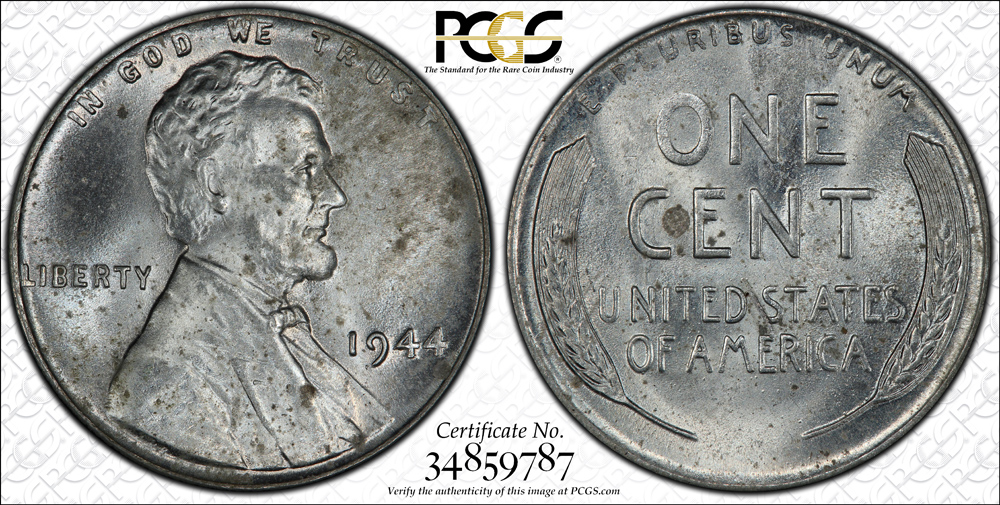 In 1943, all three U.S. Mint branches produced hundreds of millions of Lincoln wheat cents in silver-colored zinc-coated steel. Copper was in demand in 1943 because of the need for ammunition shell casings made of pure copper during World War II. In 1943, the U.S. mints accidentally produced a total of 15 bronze cents, making this an extremely rare numismatic treasure. The opposite mistake was made in 1944 when the Mint accidentally produced some steel cents using leftover planchets from the previous year. A 1944 steel Lincoln cent (wheat reverse) was recently graded Mint State 62 (MS-62), though some examples have been graded up to MS-64.

Novice collectors often get this information confused, believing that their steel 1943 Lincoln wheat cent or their copper 1944 Lincoln wheat cent is valuable. These coins are common in average circulated grades, and only in pristine Mint State are they collectible.

Mike Sherman, director of education for PCGS, said, “It’s always exciting when there’s another million-dollar coin sale. It proves the rarity and value collectors place in these uncommon Mint errors. This piece, in particular, is a beautiful example of a very rare and valuable coin.”

Since its founding in 1986, PCGS has certified over 38 million coins with a total market value of over $32 billion. For information about PCGS products and services, including how to submit your coins for authentication and grading, visit the website of PCGS or call PCGS Customer Service at (800) 447-8848.