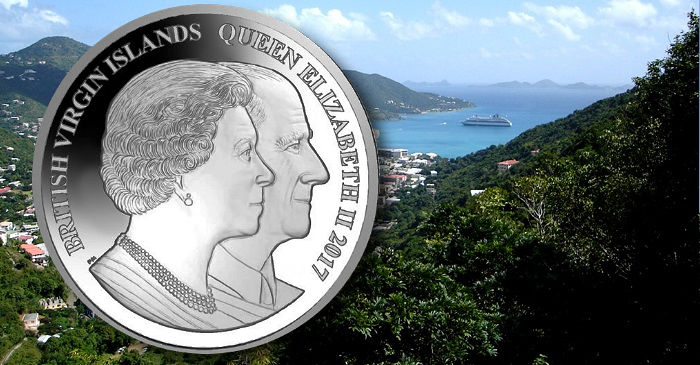 The government and treasury of the British Virgin Islands have issued (21st November) a new silver crown coin in celebration of the 70th (platinum) wedding Anniversary of the territory’s head of state, HM Queen Elizabeth II, and her consort, HRH Prince Philip, the Duke of Edinburgh. The royal couple were married on the 20th November 1947, in London’s Westminster Abbey in a glittering ceremony, which for many, was a great distraction from the reality of war recovery and rationing which the United Kingdom had in place since the start of the Second World War in 1939.

Queen Elizabeth II and HRH Prince Philip have had an astonishing life together and have dedicated their lives to the duties of the monarchy. The couple first met at the Royal Naval College in Dartmouth in 1939, when the princess was just 13 years old, and began exchanging letters. It has been said that she fell in love with her tall, handsome prince at their first meeting and kept in contact during the war, when Philip was an officer in the Royal Navy and she was enlisted in the Auxiliary Territorial Service. In July 1947, the young couple became formally engaged following the princess’s 21st birthday; they married later in the same year, with the former prince of Greece and Denmark becoming a prince of the realm and having the title “Duke of Edinburgh” conferred onto him by his future father-in-law, King George VI. Princess Elizabeth became Queen on the 6th February 1952, following the untimely death of her father, and was crowned just five and a half years after their wedding. The transition from young parents of two small children to sovereign and consort changed their lives forever, but the couple has always approached their royal duties with a sense of humour and affection for each other that, over the decades, is a testament to their enduring love.

The celebration of their platinum anniversary is a first in the history of the royal family, as the current royal couple are the longest-married British sovereign and consort. Aside from this noteworthy milestone, Queen Elizabeth II is also the world’s longest-serving crowned head of state, and, from the 21st November of this year, the world’s oldest head of state.

On the 18th April 2009, HRH Prince Philip, the Duke of Edinburgh, became the royal family’s longest-serving royal consort, breaking the record previously held by Queen Charlotte, the wife of King George III. The latter were married for a total of 57 years and 70 days before she died in 1818, predeceasing her husband by almost two years. Prince Philip is the second-oldest living consort who is or was married to a British sovereign. Only his mother-in-law—the Queen mother, Elizabeth (wife of King George VI), who died at the age of 101 years 238 days on the 30th March 2002—surpassed him in longevity. 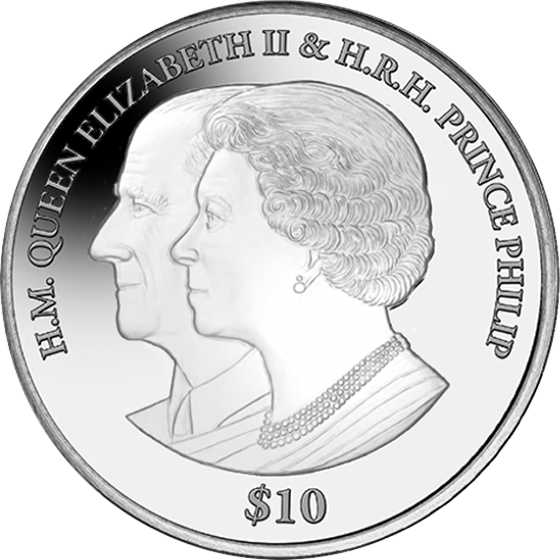 The coin is produced by the Pobjoy Mint, United Kingdom, on behalf of the treasury of the British Virgin Islands. The design of this coin features an ultra-high-relief dual effigy of HM Queen Elizabeth II alongside her husband, HRH Prince Philip—an exclusive design of the Pobjoy Mint. The reverse has been given a dished (or concave-shaped) effect to emphasise the double portrait and high relief even further. (Note that only the reverse is dished; the coin is not in the fully domed format that has become popular in recent years.) 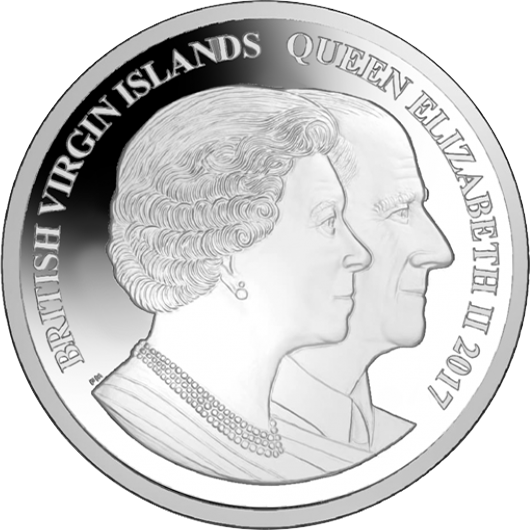 The obverse repeats this exclusive portrait with a standard level of relief. 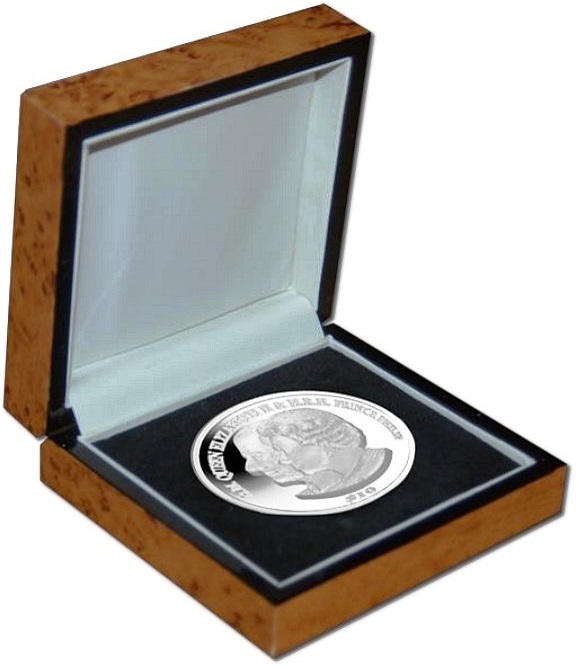 The technical knowledge used in the production of this coin gives an extra level of relief to the portraits on the reverse and an unprecedented degree of detail. The double-thickness (piedfort), ultra-high-relief silver coin is protected by an acrylic capsule and set in a suede-effect insert which is presented in a beautiful custom-crafted walnut box, and includes a certificate of authenticity. For additional information on this and other coins issued by the treasury of the British Virgin Islands, please visit the website of the Pobjoy Mint.

The Pobjoy Mint announced earlier in the year that they are participating in a donations fund after the destruction caused by Hurricane Irma. The devastation has affected the British Virgin Islands (BVI), along with many other Caribbean islands. The Pobjoy Mint will be donating 20% of the sale value of all silver Proof and cupro-nickel coins issued on behalf of the BVI to a fund that has been set up by the islands’ government.