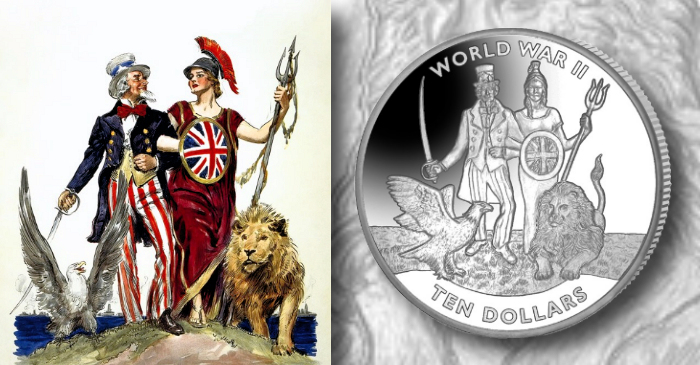 The government and treasury of the British Virgin Islands have released (28th August) new crown coins which are in tribute to the ongoing military alliance and friendship between the United Kingdom and the United States. On the 75th anniversary of the historic and decisive D-Day landings, which saw the beginning of the end of the destructive fighting in Europe, the question of security was also crucial in the Caribbean, practically from the beginning of hostilities. At the outbreak of the Second World War, it was the United States who assumed Britain’s defence responsibilities in the Caribbean. In September 1940, the two countries agreed to the Lend-Lease Agreement, which was also known as the Bases-for-Destroyers Agreement. According to its terms, the United States established 11 military bases in the area to also combat German submarine activity, whose task was to torpedo supply ships and fuel tankers bound for Europe. After President Franklin D Roosevelt designated the Caribbean as a coastal frontier, it became the forward edge of the American defence strategy during the war.

The Second World War lasted from October 1939 to May 1945, until the unconditional surrender of German forces to the Allies, and in August 1945 with the surrender of the Imperial Japanese forces to the United States head of the Allied Command in the Pacific (although related conflicts began earlier). It was the most globally involved war in history and directly involved more than 100 million people from over 30 countries. 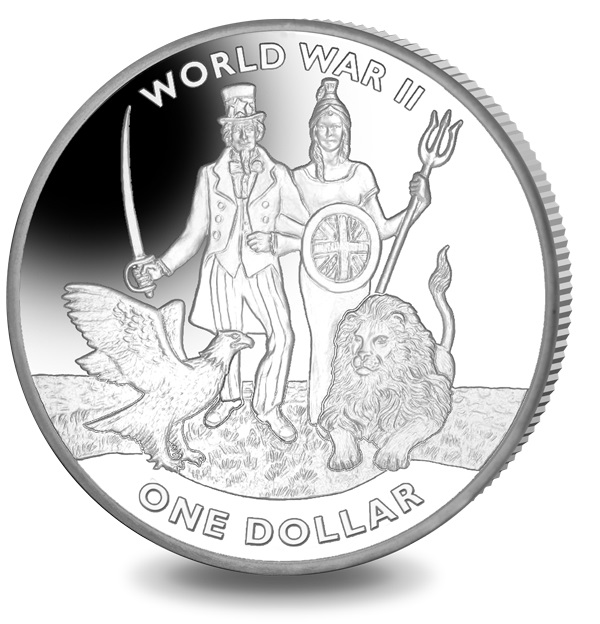 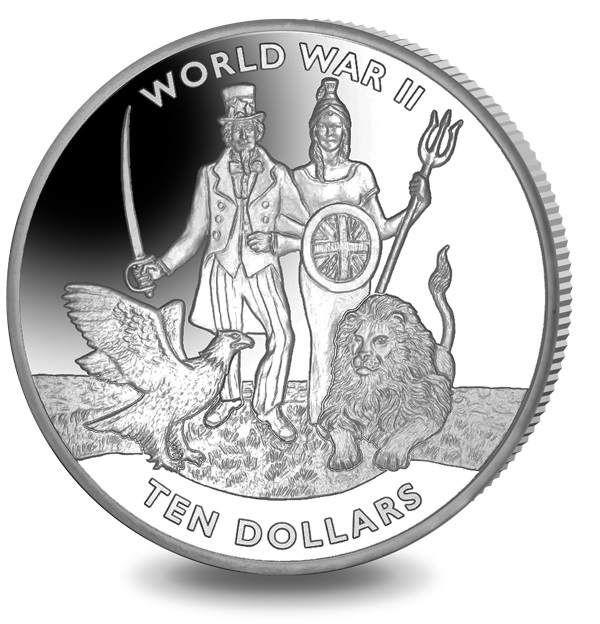 The crown coins are produced by the Pobjoy Mint at their facilities in Surrey, on behalf of the treasury of the British Virgin Islands. Based on a vintage poster, the reverse design of the coins depicts Uncle Sam holding a sword alongside an eagle (representing the United States), and Britannia holding a shield and trident alongside a lion (representing Great Britain). Uncle Sam is a commonly understood personification of the American government of the United States that, according to some accounts, came into use during the War of 1812. The wording World War II appears above the primary design with the value at the base. 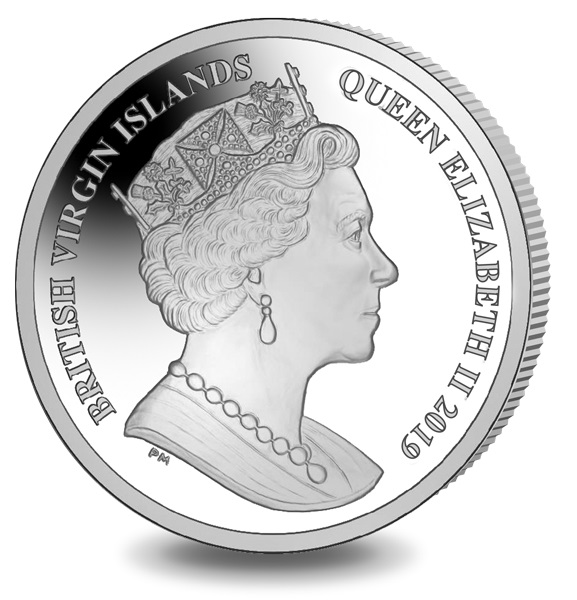 The obverse of the coin includes an effigy of Her Majesty Queen Elizabeth II, which is an exclusive design of the Pobjoy Mint. The legend around the Queen’s likeness denotes the issuer and year 2019. 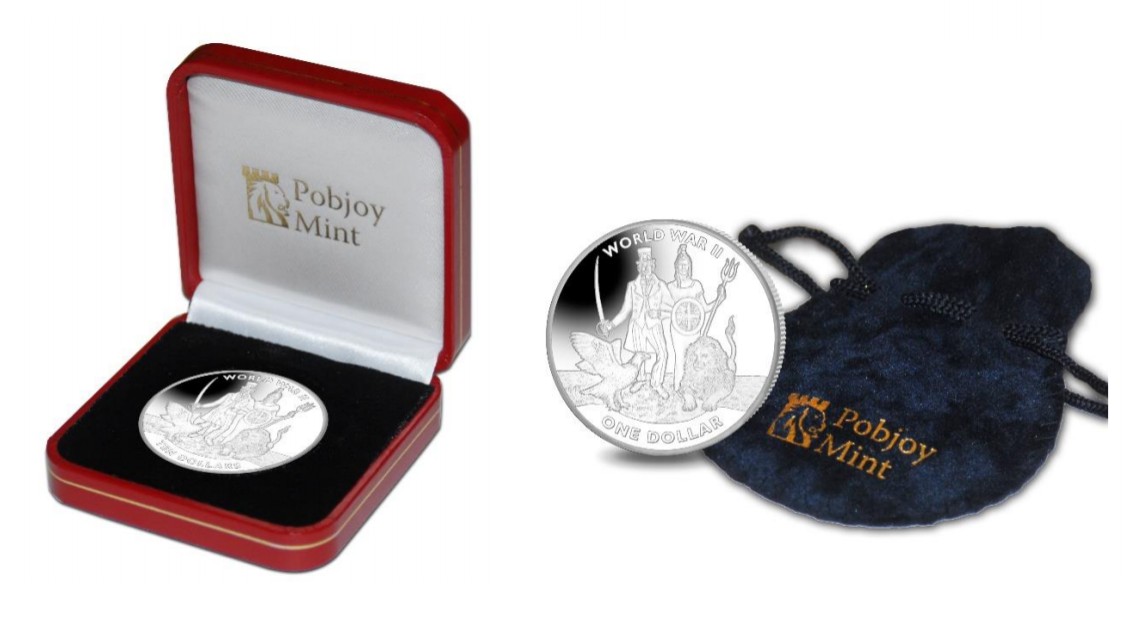 An acrylic capsule protects the sterling silver coin, which is presented in a custom-branded red case along with a certificate of authenticity. The Brilliant Uncirculated cupro-nickel coin is shipped in a mint-branded micro-fibre pouch. For additional information about these coins and others issued by the treasury of the British Virgin Islands, please visit the website of the Pobjoy Mint.

Sierra Leone: Angry Birds are coming to a movie screen near you and will be on three new crown coins