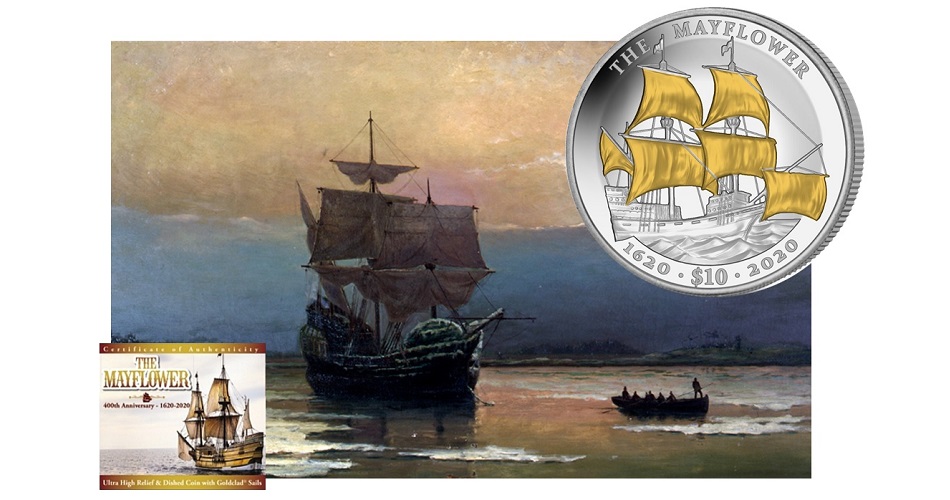 The government and treasury of the British Virgin Islands have launched new Piedfort silver Proof crown coins which are in remembrance of the 400th anniversary of the historic crossing of the Mayflower. This ship brought 102 Pilgrims to the New World in search of religious freedom.

Having obtained permission to settle in British governed territory in the New World, the Mayflower ship left England on the 16th September 1620, nearly a month after its original departure date. In the cramped quarters below deck, passengers became seasick and had to steady themselves from crashing into the walls as the boat rocked. During one particularly eventful storm, a passenger was recorded to have fallen overboard and was lucky enough to grab hold of a trailing rope just in time to be rescued by the crew. Though the passengers were often soaked and sick during these bouts of bad weather, they kept up their morale by singing, praying, and playing games — even in the dim light below deck. Despite rough seas and cramped conditions, only one passenger, William Butten, died at sea before reaching America. Two babies were born aboard the Mayflower — one just before landing at Cape Cod and the other while docked at Cape Cod.

After a gruelling crossing across the Atlantic Ocean, the Mayflower finally reached its destination after 66 days of sailing, often in treacherous conditions. They reached North America, with the ship having dropped anchor in November at Cape Cod, more than 500 miles from their intended destination in the colony of Virginia. The passengers of the Mayflower attempted to continue south, to where they had obtained permission to settle. However, the rough seas and shoals forced them to remain at Cape Cod. A permanent settlement was eventually established, a monument was later erected at Plymouth Rock, Massachusetts, where it was said the pilgrims first set foot in the New World. Their first year was full of danger; food was scarce until the pilgrims learned from friendly Native Americans how to cultivate the soil. The winter was also harsh, and by the first anniversary of their landing, nearly half of the original pilgrims succumbed to the elements.

In time, the settlement flourished with the original pilgrims being joined by other settlers from the British Isles. Today, it is estimated that as many as 35 million people worldwide descend from the Mayflower passengers. 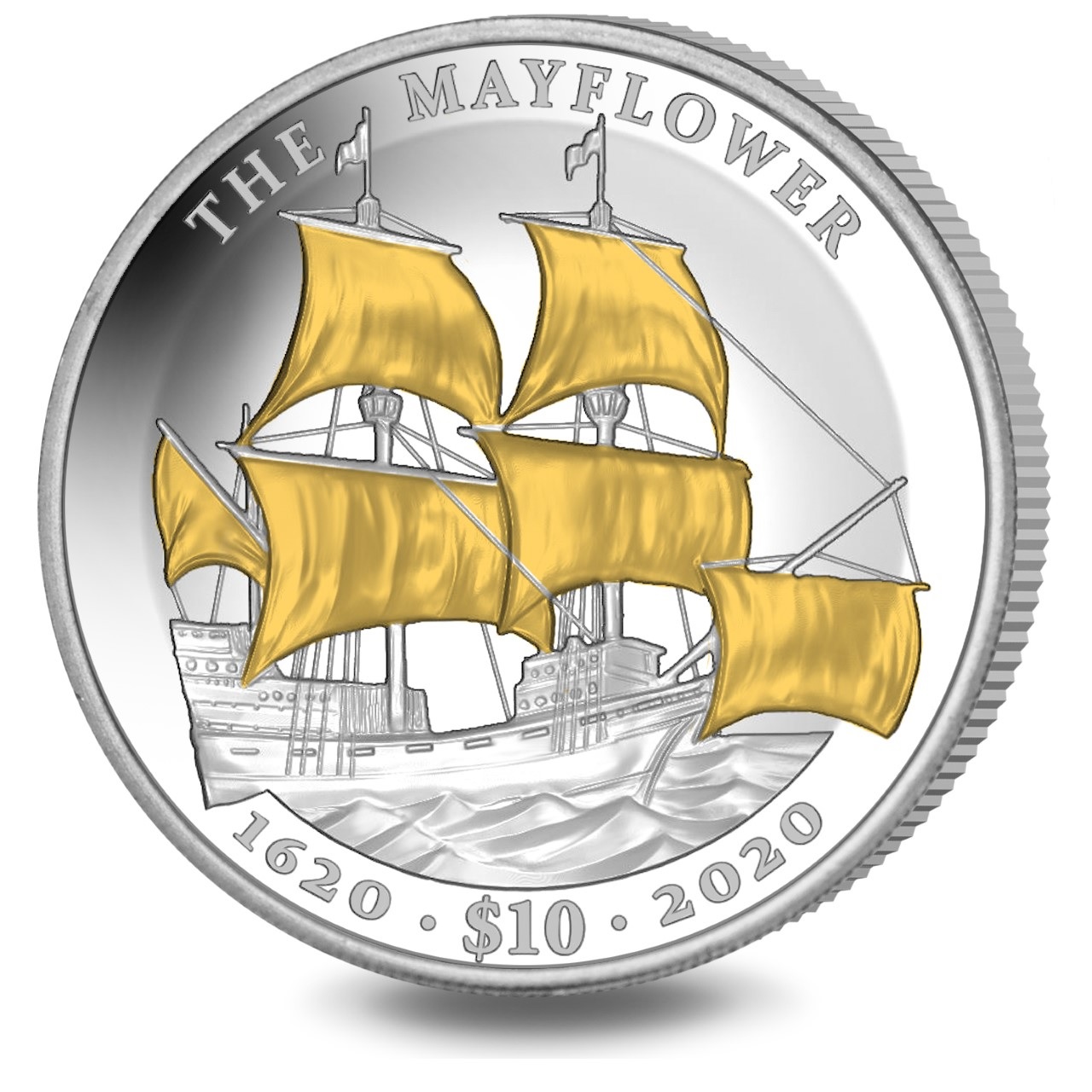 The coins are produced by the Pobjoy Mint at their facilities in Surrey, England, on behalf of the treasury of the British Virgin Islands. The reverse side of the coin features a rendition of the Mayflower ship with the words THE MAYFLOWER inscribed at the top and 1620  $10  2020 inscribed at the bottom. 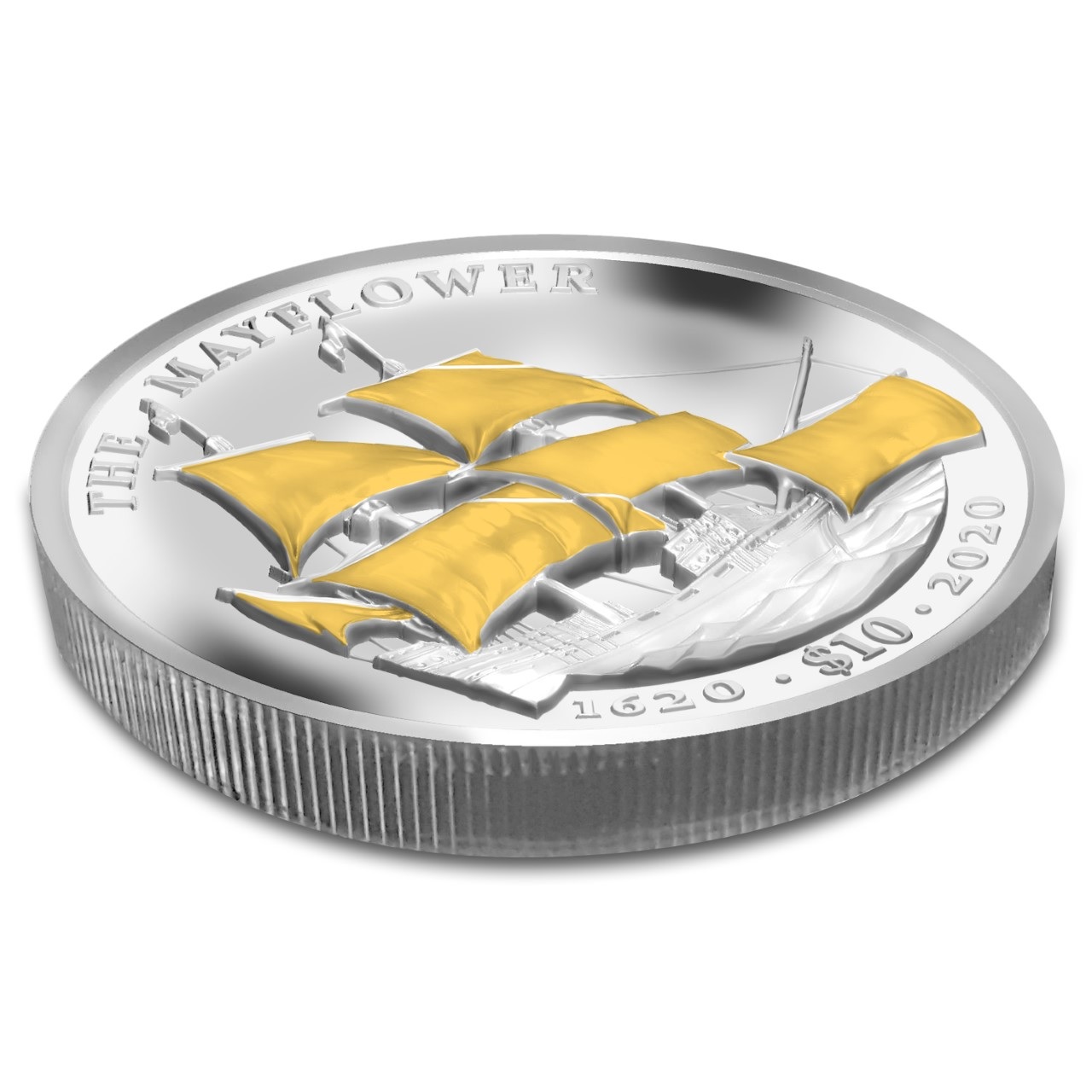 As an enhanced feature, the two-ounce Piedfort silver Proof coin is struck with ultra-high relief and accented with GoldClad sails as an addition to the design. 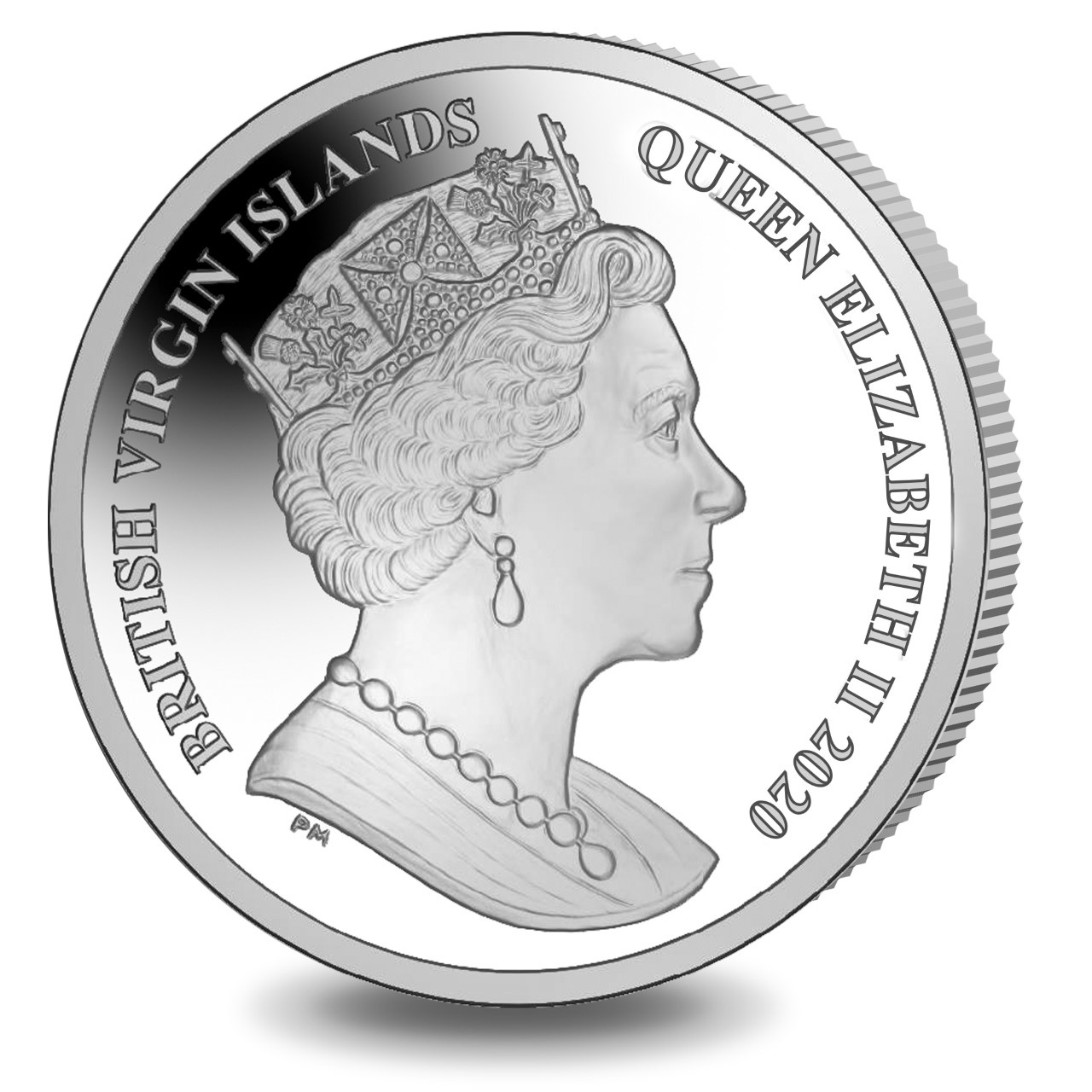 The obverse includes an effigy of HM Queen Elizabeth II, which is an exclusive design of the Pobjoy Mint. The authorised issuer BRITISH VIRGIN ISLANDS and the year 2020 are seen as part of the legend encircling the Queen’s likeness. 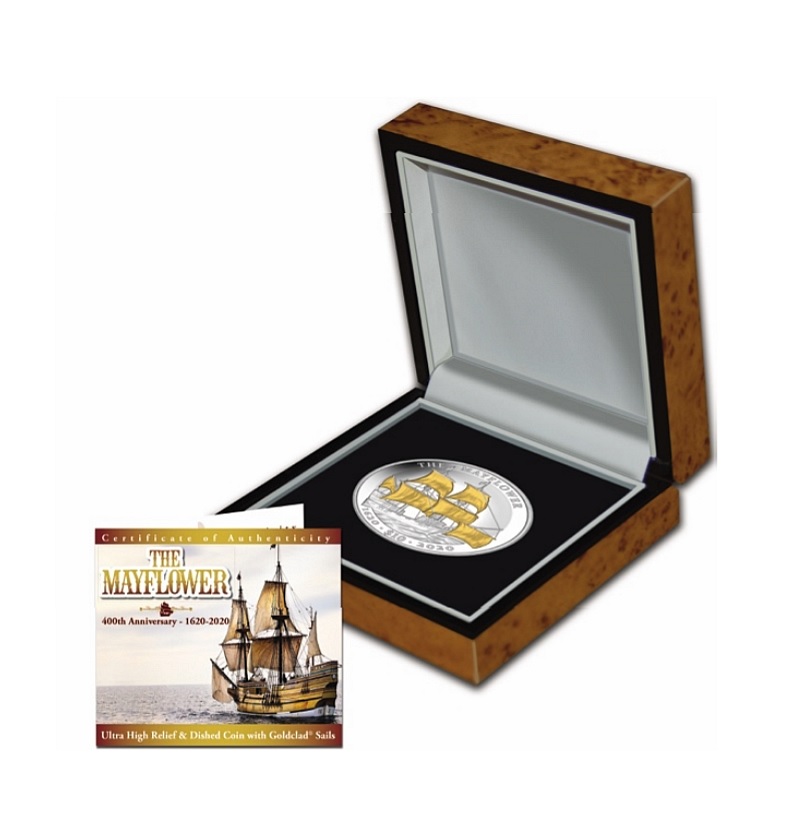 The coins are limited to a mintage of just 102 pieces, which is representative of the original 102 Mayflower passengers. Each coin is specially encapsulated and presented in a polished walnut box with a numbered certificate of authenticity. Available to order before their official release, orders will be dispatched from 21st September 2020. For more information, please visit the website of the Pobjoy Mint.