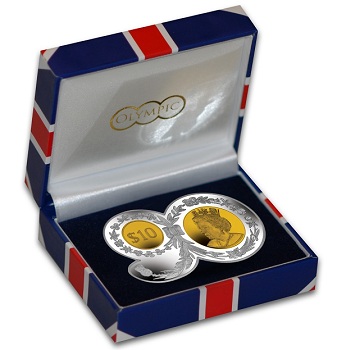 The Government and Treasury of the British Virgin Islands have issued two uniquely shaped coins in celebration of the 90th birthday of Her Majesty Queen Elizabeth II, which occured on April 21. As head of state of the British Virgin Islands, the Queen was the first British sovereign to visit this Caribbean country in February of 1966; she later returned for a second visit in 1977 as part of her Silver Jubilee tour of the Commonwealth. 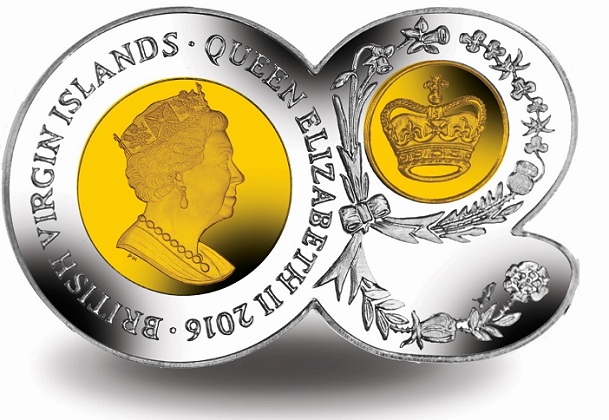 The coin’s shape pays tribute to the Queen’s 90th birthday by cleverly outlining the two numbers in “90.” This exemplary coin is being produced in silver with gold plating, as well as in nickel silver with bronze. Engraved along the rim of the coin is a bouquet that includes portrayals of the Rose of England, the Thistle of Scotland, the Daffodil of Wales, and the Shamrock of Northern Ireland, representing the four countries of the United Kingdom.

The obverse (above) carries Her Majesty’s exclusively designed effigy by Pobjoy Mint, along with the bouquet design; a rendition of St. Edward’s Crown is included to the right of the Queen’s portrait. 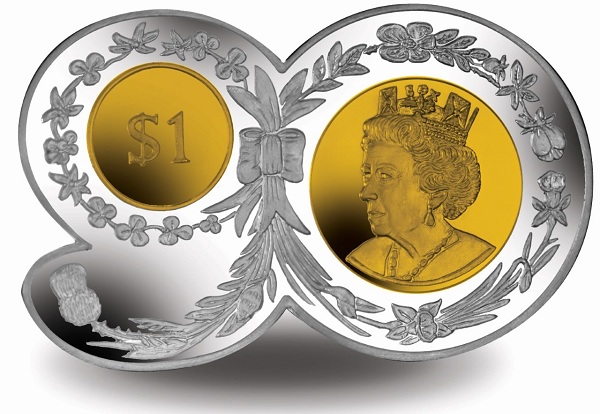 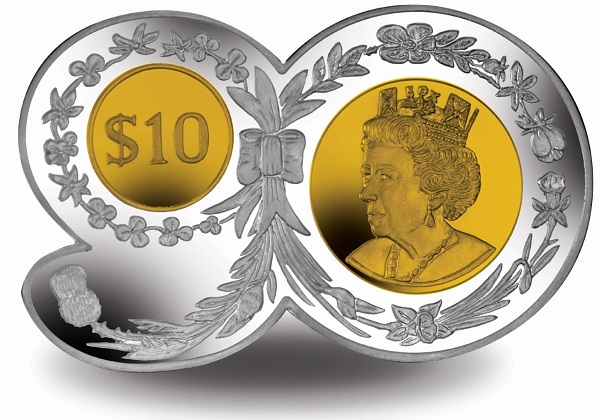 The Queen spent her actual birthday privately with friends and family at Windsor Castle, her family’s home outside of London. The occasion was also marked by gun salutes in London at midday: a 41 gun salute in Hyde Park, a 21 gun salute in Windsor Great Park, and a 62 gun salute at the Tower of London. As this was such a milestone birthday, there was also a thanks-giving service.

The nickel silver with bronze coin and the fine silver with gold-plated piece are shipped encapsulated in an acrylic capsule for protection, and housed in a Union Jack box that plays the National Anthem. A certificate of authenticity is available for both versions. For more information on these and other coins offered by the Government and Treasury of the British Virgin Islands, please visit the Web site of the Pobjoy Mint. International sales will be dispatched where applicable.