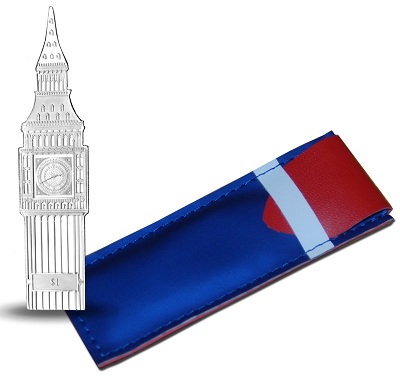 The Government and Treasury of the British Virgin Islands have issued a new coin celebrating the 90th birthday of Her Majesty Queen Elizabeth II, which took place on April 21. In reaching this auspicious birthday, she became the longest living British monarch.

She was born in the early morning hours on April 21, 1926 in the London home of her maternal grandparents. As the first grandchild of the reigning monarch, King George V, her arrival was celebrated with a 21 cannon salute at the tower of London.

From the first day of her life, the little girl, titled HRH Princess Elizabeth Alexandra Mary of York, became the focus of intense media coverage. Although she was third in line to the British throne — behind her uncle the Prince of Wales and her father the Duke of York — few expected she would one day become Queen.

The events in 1936, when the Princess was only ten years old, thrust her into the direct line of succession when the country saw three kings in a time-frame of just eleven months. Princess Elizabeth’s grandfather died in January and her uncle, the newly proclaimed King Edward VIII, abdicated the throne to his young brother the Duke of York, known from then on as HM King George VI. In 1952, the life of the 25-year-old Princess, then known as the Duchess of Edinburgh since her 1947 marriage to Prince Philip, changed forever.

She succeeded her ailing father on February 6. From the very start, the Queen has shown an intensely keen interest in both her peoples and the commonwealth, visiting each country and territory at least once during her long reign.

Today, the Queen is seen as a symbol of continuity, stability, and dedication in a modern world where many of the principles she stands for have gone out of fashion. As Queen Elizabeth II continues in her reign, now the longest ever in British history since September of last year, she gains in popularity and affection by many admirers the world over.

To mark this joyous occasion, the government and treasury of the British Virgin Islands have issued a unique coin. It has been produced in the shape of London’s famous Clock Tower, showing the intricate architecture of this stunning landmark. As a special tribute to the Queen’s 90th birthday this year, the time of the clock face is shown at 2:40 a.m., the time Her Majesty was born.

The obverse carries the Queen’s effigy, which is an exclusive design of the Pobjoy Mint, as well as some of the tower’s architectural details.

The Clock Tower is situated at the north end of the Palace of Westminster in London and was renamed the Elizabeth Tower in 2012 in honor of Her Majesty’s Diamond Jubilee. Though the tower is often called “Big Ben,” that nickname actually refers to the tower’s Great Bell; 2016 marks the 160th Anniversary of the casting of the original bell, cast in Stockton-on-tees in England. The tower itself holds the second-largest four-faced chiming clock in the world and is one of the most prominent symbols of the United Kingdom.

The nickel silver coin is shipped in special packaging consisting of a red, white, and blue leather effect pouch that recalls the flag of the United Kingdom, known as “Union Jack.” For more information on the coins offered by the Government and Treasury of the British Virgin Islands, please visit the Web site of the Pobjoy Mint. International sales dispatched where applicable.