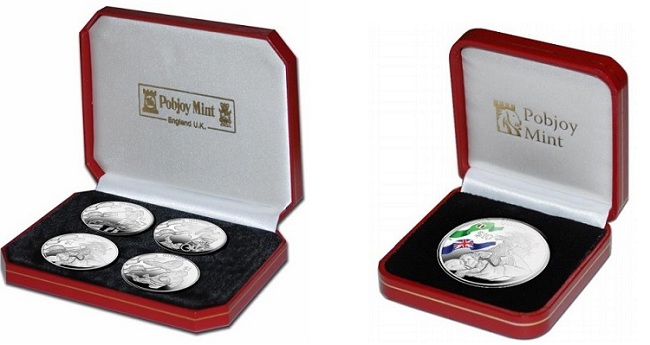 The Government and Treasury of the British Virgin Islands has launched (11th January) a new set of crown coins celebrating the 2016 Summer Olympic Games, which will take place in Rio de Janeiro, Brazil.

The XXXI Olympiad, to be held from August 5 through 21, will mark the first time in the 120-year history of the modern Olympics that the games will be staged on the continent of South America. It is expected that over a period of two-and-a-half weeks more than 10,500 athletes from 205 countries will compete in 306 events involving over 28 sports, with each participant aiming to win the much-coveted Gold Medal representing sheer excellence.

The designs on the four coins include two sports making a welcome return to the games after a long absence, as well as two newer events. The precious metal coins ($10) are also available with the two ribbons in vivid color, representing both the Brazilian flag and Union Jack, making these coins a wonderful tribute to what is sure to be a colorful Olympic Games. 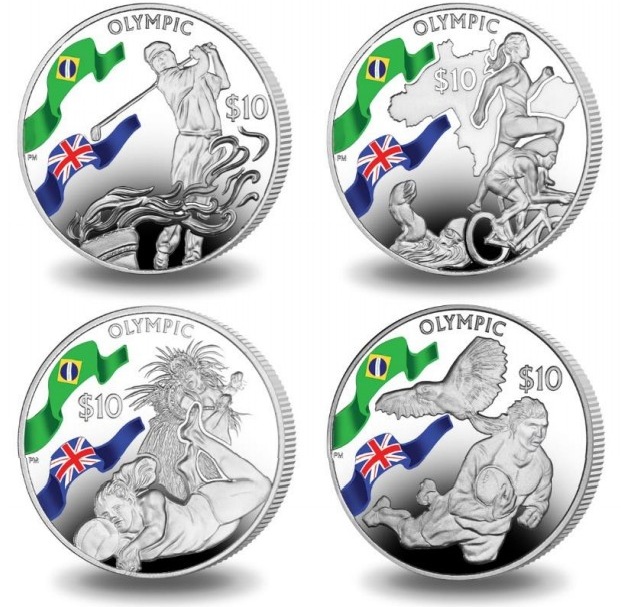 The coins are produced by the Pobjoy Mint UK on behalf of the Treasury of the British Virgin Islands; they include:

Coin 1. The first design features Golf, which is returning to the games after 112 years. The image shown is that of a male golfer with a torch in the foreground.

Coin 2. The next design features Rugby Sevens which is returning after a 92 year absence and shows a diving player with a Macaw, representing Rio de Janeiro, in the background.

Coin 3. The third design represents the Triathlon which appears for the 5th time in 2016 and shows a swimmer transforming into a cyclist, who in turn transforms into a runner, illustrating the three disciplines. A map of Brazil can be seen in the background.

Coin 4. The final design shows a beach volleyball player diving for the ball with a lady in full Rio Carnival costume in the background. Beach Volleyball appeared at the Games in 1996. 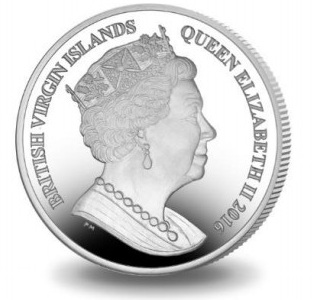 The obverse of each coin carries a newly introduced effigy of Her Majesty Queen Elizabeth II which is exclusive to the Pobjoy Mint. The year of issue is also included on the obverse.

The coins are available in Uncirculated cupro nickel ($1) and Proof sterling silver ($10), with each precious metal coin being struck four times to produce the pristine Proof finish. The cupro nickel coin is presented and packaged in a branded blue presentation pouch. The silver versions are available separately and encapsulated in an acrylic capsule for protection; they are housed in a custom red box and accompanied by a certificate of authenticity. The coins are also available as a set in an exclusive four-coin red box.

For more information on these and other coins offered by the Treasury of the British Virgin Islands, please visit the Web site of the Pobjoy Mint. International sales will be dispatched where applicable.