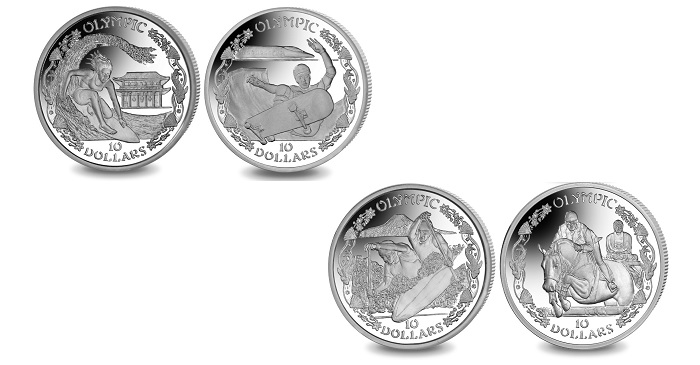 The government and treasury of the British Virgin Islands have released (6th August) a set of four crown coins which are in celebration of next year’s Summer Olympic Games, hosted by Japan. The XXXII Olympiad will be hosted in the City of Tokyo from the 24th July to the 9th August and will be the second time Japan has hosted the Summer Games, the last time being in 1964.

What will make these games different from previous Olympiads is the inclusion of two new sports:

Surfing will make its debut at the Tokyo games. The design of the first coin shows a surfer going through a breaking wave in the foreground. Sensoji Temple is shown in the background.

Skateboarding is to be another new event included for the 2020 Olympics. The second coin features a skateboarder above a half pipe. The high-speed train known as the bullet train can be seen in the background.

Two established sports which are included in this four-coin set also feature:

The equestrian show-jumping event, which made its debut in the 1900 games but then disappeared until 1912. However, the event has been included in all summer games since then. The design on the coin features an equestrian showjumper attempting a fence in the foreground, with the image of a statue of Buddha in the background.

Kayaking has been a part of the Summer Olympics since 1936, and the design focuses on the men’s double kayak and shows them negotiating the white water. The famous image of Mount Fuji appears in the background. 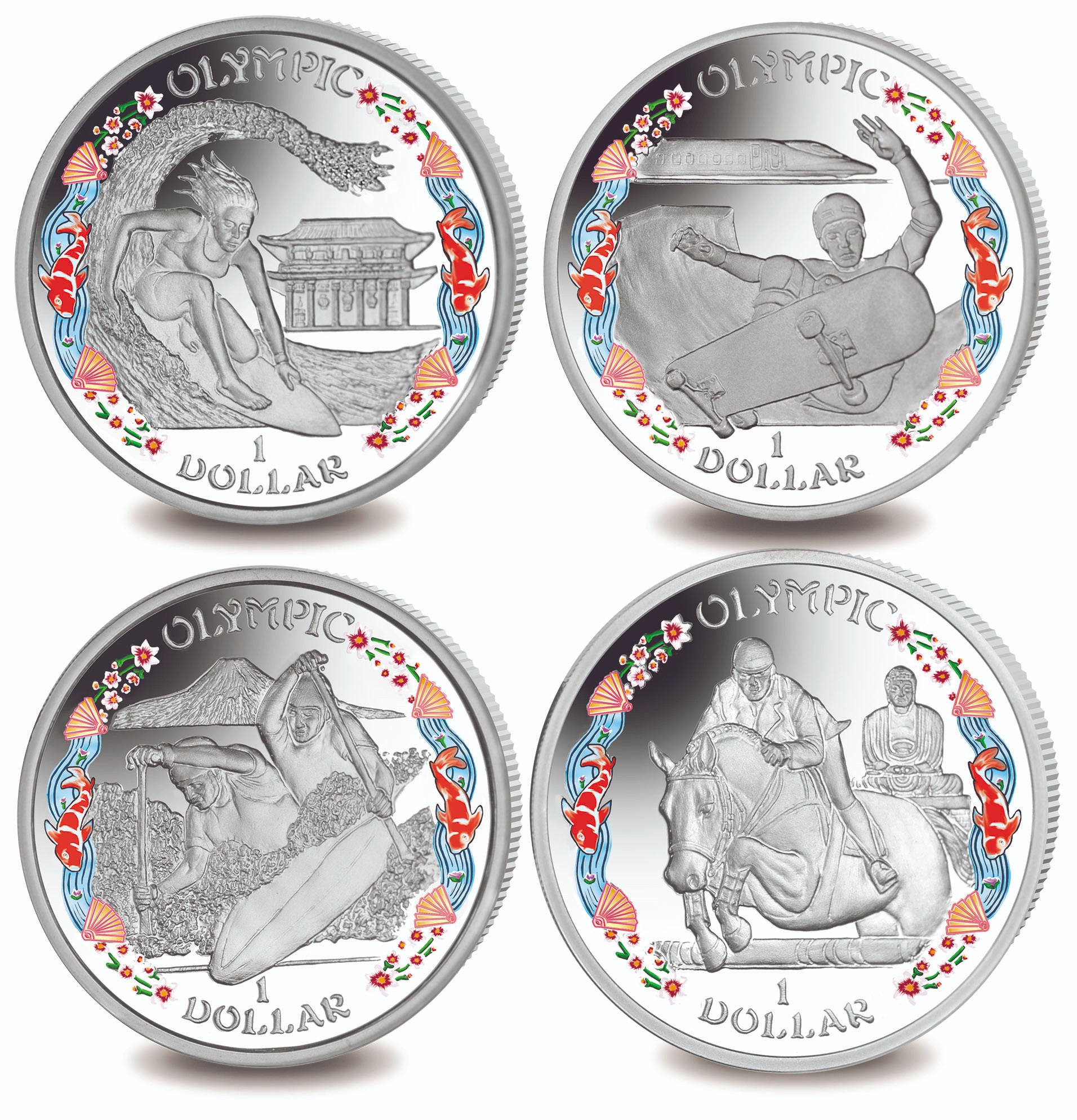 The coins are produced by the Pobjoy Mint at their facilities in Surrey, on behalf of the treasury of the British Virgin Islands. The four designs feature an image of each sport with the wording OLYMPIC at the top of the coin and denomination of the coin, 10 DOLLARS, at the bottom. Each design features a border with an applied vivid colour which includes symbols traditionally associated with Japan, such as cherry blossom, koi carp, and ornamental fans. 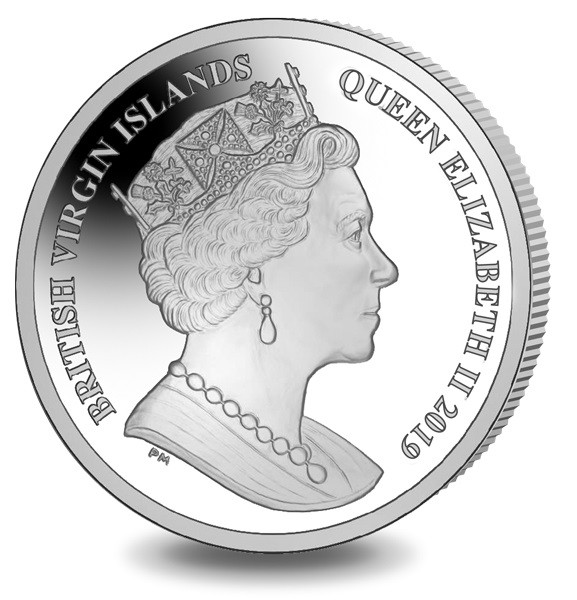 The obverse of each coin carries an effigy of Her Majesty Queen Elizabeth II, which is an exclusive design of the Pobjoy Mint. The colour reverse is an option being offered on both the cupro-nickel (Brilliant Uncirculated) and sterling silver strikes (Proof). 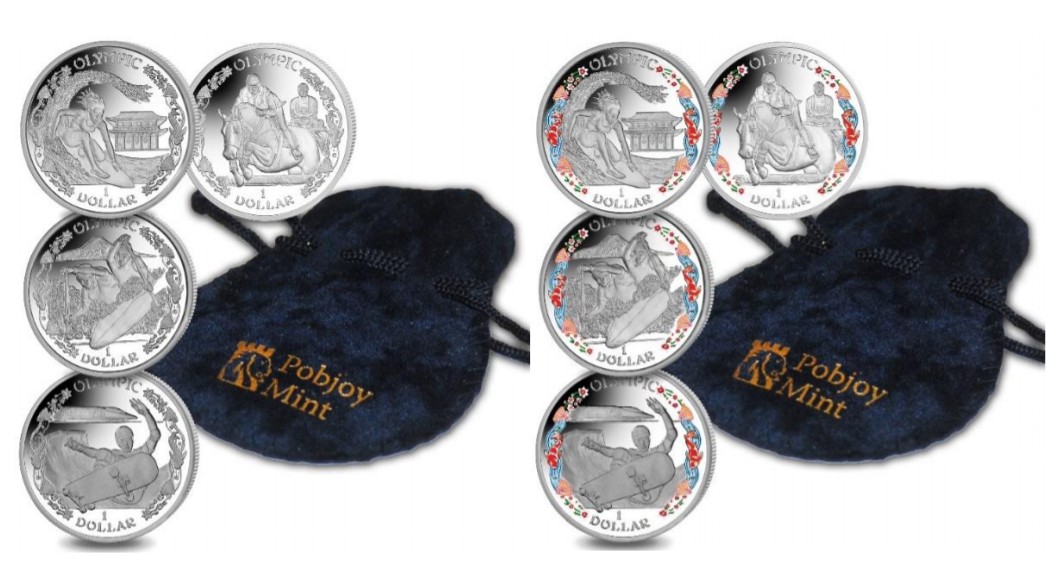 The cupro-nickel coin is shipped in a branded blue presentation micro-fabric pouch. 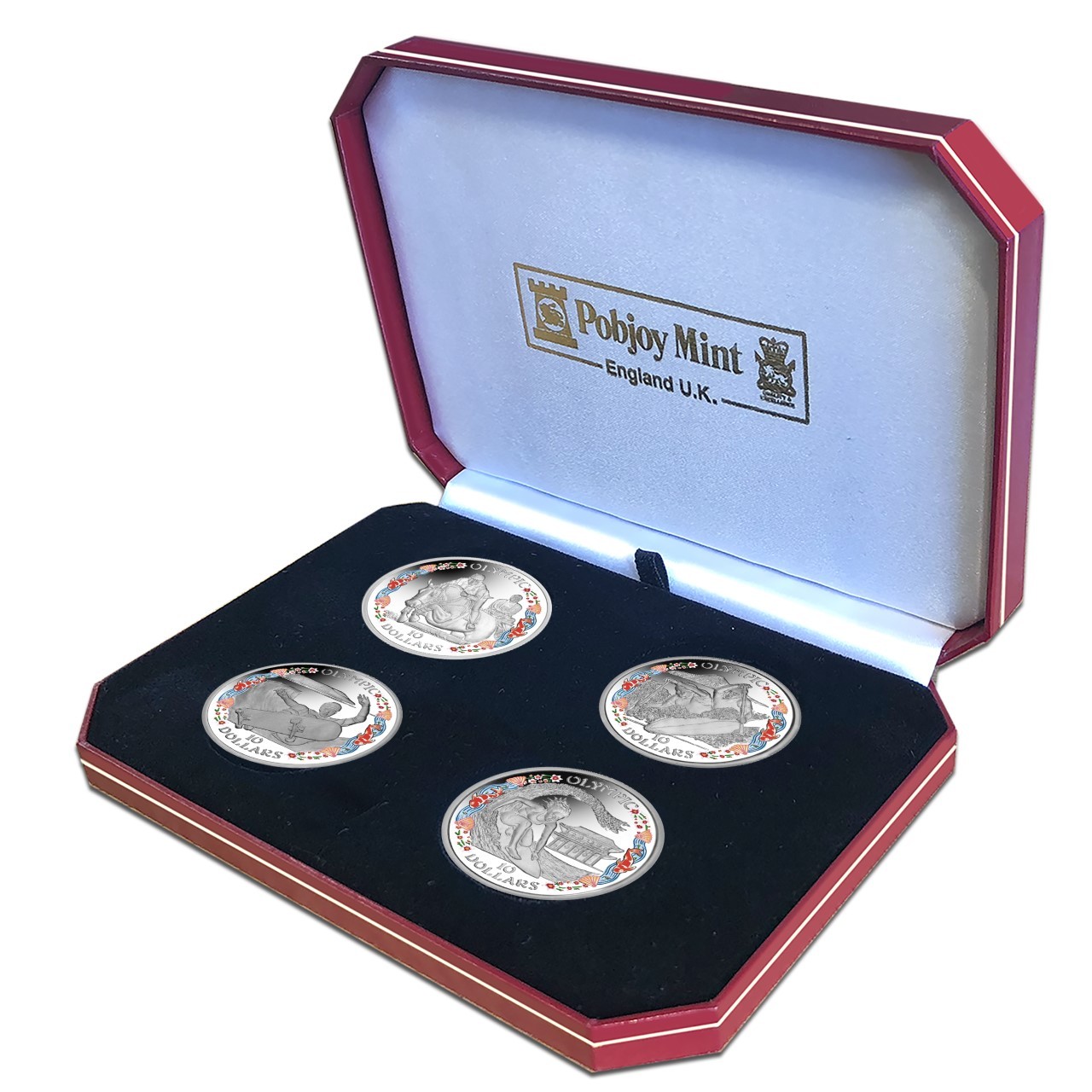 The silver version is encapsulated in an acrylic capsule for protection and is housed in a custom red case accompanied by a certificate of authenticity. The silver versions are also available for purchase as a full four-coin set and are presented in an exclusive Pobjoy Mint-branded case. For additional information about these coins and others issued by the treasury of the British Virgin Islands, please visit the website of the Pobjoy Mint.