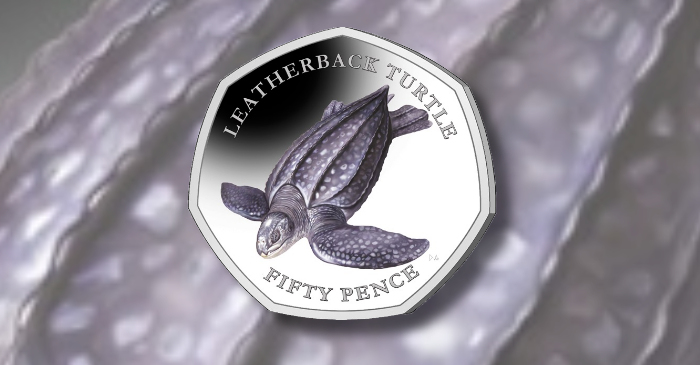 The government and treasury of the British Indian Ocean Territory have released their latest collector’s 50-pence coin which is part of the current “Turtles” colour design series. The third coin of five, when completed, features the leatherback turtle. This engaging series features full-colour depictions of various subspecies of turtles found in or near the territory’s vicinity. However, the leatherback turtle (Dermochelys coriacea) is an extraordinary species with quite an extensive global range. Of all the extant sea turtle species, leatherbacks have the widest distribution in terms of territorial habitat, reaching as far north as Alaska in North America and Norway in Europe, and as far south as Cape Agulhas in Africa and the southern tip of New Zealand. The leatherback is found in all tropical and subtropical oceans, and also remarkably well into the Arctic Circle.

Leatherbacks have the distinction of being the largest of the sea turtle species in addition to their lack of a bony shell. Instead, its body is covered by a layer of tough and rubbery skin which is strengthened with thousands of tiny bone plate that resemble a jigsaw puzzle. Most sea turtles have an uncanny ability to navigate back to the area where they were born. Although they can be short-sighted on land, while underwater, they have excellent vision and can hold their breath for long periods. Adults can grow to over two metres (6.5 feet) in length and weigh up to 900 kilograms (nearly 2,000 pounds). Leatherback turtles are also distinctive in terms of their appearance as they have the most hydrodynamic body design of any sea turtle. They feature a large pair of front flippers which enable them to power through the water, and, like other sea turtles, the leatherback has flattened forelimbs adapted for swimming in the open ocean. It is estimated the population of female leatherback turtles is only between 30,000 and 40,000, meaning the species is considered vulnerable. 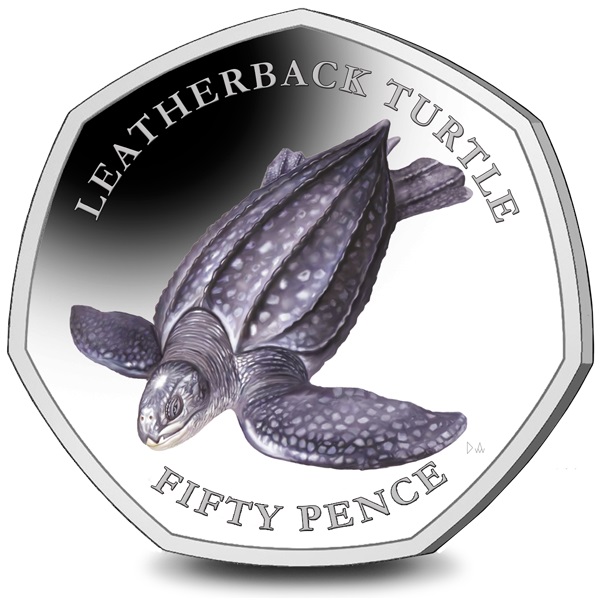 The seven-sided cupro-nickel coins are produced by the Pobjoy Mint at their facilities in Surrey, England, on behalf of the treasury of the British Indian Ocean Territory. The design on the reverse side of the coin features a leatherback turtle posed in a diving position swimming in the ocean. The wording LEATHERBACK TURTLE appears on the coin with the 50-pence denomination incused at the bottom of the primary design. 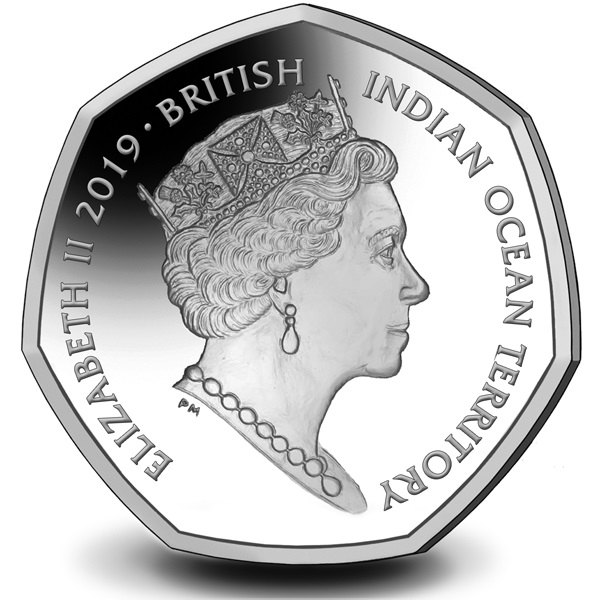 The obverse side of the coin features an effigy of HM Queen Elizabeth II that is an exclusive design of the Pobjoy Mint. The year of issue is included in the legend around the Queen’s portrait.

Each coin is presented in a Pobjoy Mint-branded microfibre cloth pouch. A special colour album, which is sold separately, has been designed to house all five coins. For additional information about this coin and others issued by the treasury of the British Indian Ocean Territory, please visit the website of the Pobjoy Mint.