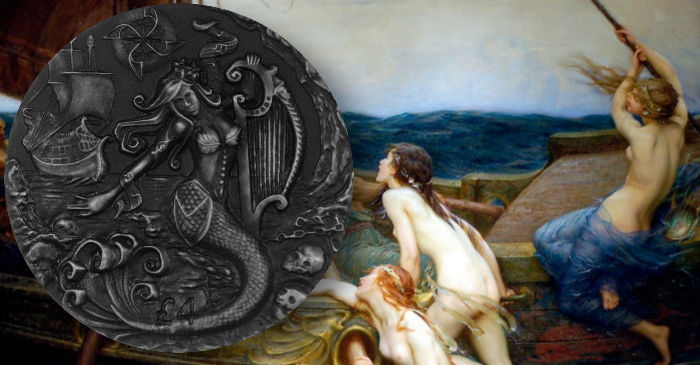 Ulysses and the Sirens, a painting by Herbert James Draper in 1909.

The government and treasury of the British Indian Ocean Territory have issued (3rd April) new silver double crown coins which imaginatively captures one of the world’s most alluring mythical creatures — the siren — which graces the reverse side of this new coin.

The famous mythological stories, tales, and legends were designed over the generations to entertain, thrill, and inspire the listeners. These ancient myths often taught younger audiences morals, the virtues of love, courage, strength, and self-reliance, but they also taught the consequences of vices associated with jealousy, greed, deceit, and treachery.

According to folklore and tales told by the bravest sea-faring sailors, the sirens of the sea were beautiful but often dangerous creatures, usually depicted as mermaids. They lured unsuspecting and lonely sailors with their beautiful voices and music to their doom, causing the ships to crash on the rocks near their island. Only the sailors who survived the crashes were able to tell of their encounters with these beautiful creatures, and those who were believed were often done so with a pinch of salt. 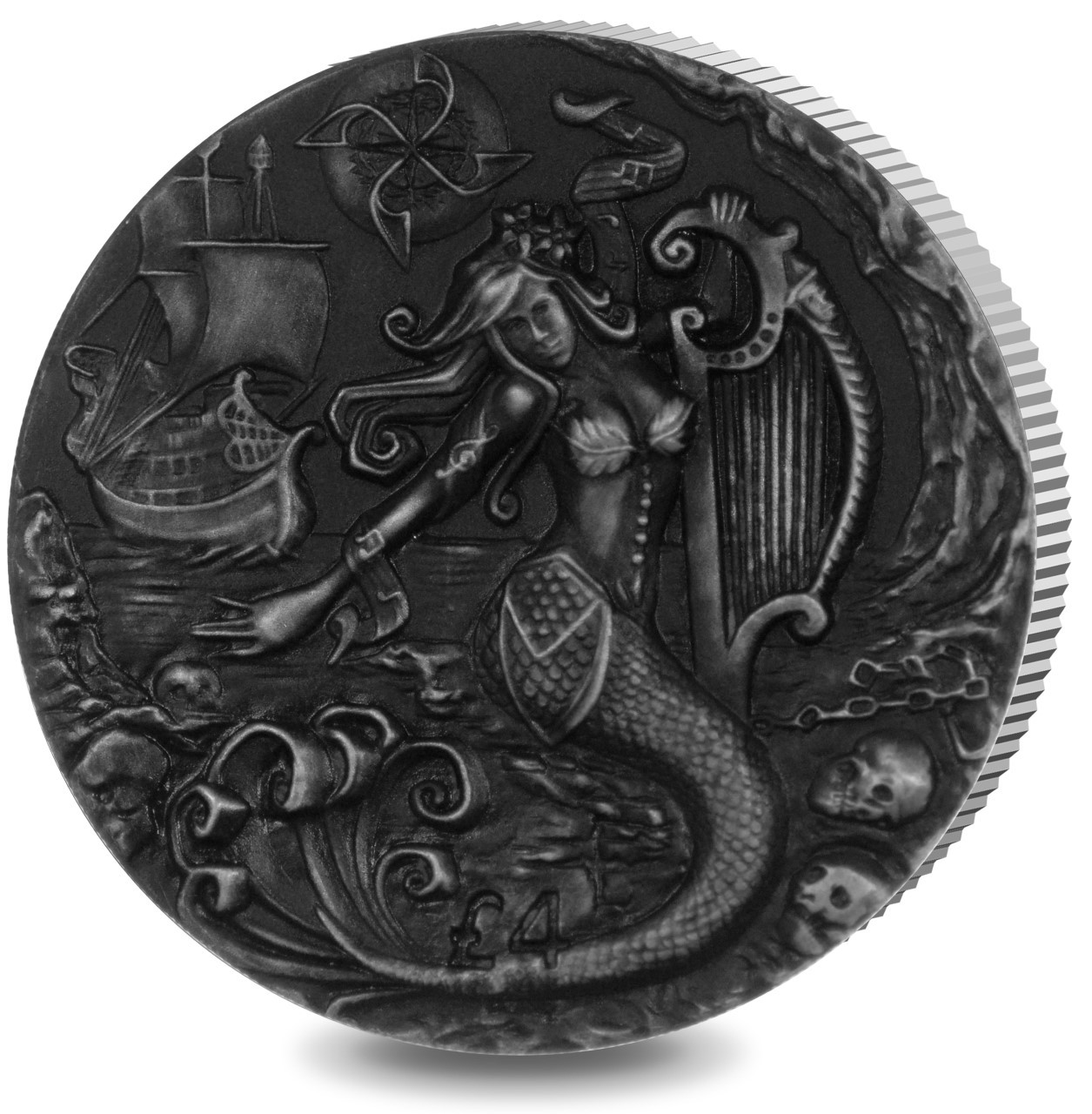 The first of these new coins were produced using a process of high relief by the Pobjoy Mint at their facilities in Surrey and depict a siren sitting on the rocks playing her harp. The skulls that can be seen around her on the rocks represent the sailors that had previously been lured and their ships wrecked. The latest ship to be attracted to the wonderful music can be seen in the background. The coin’s denomination is placed below the primary design. 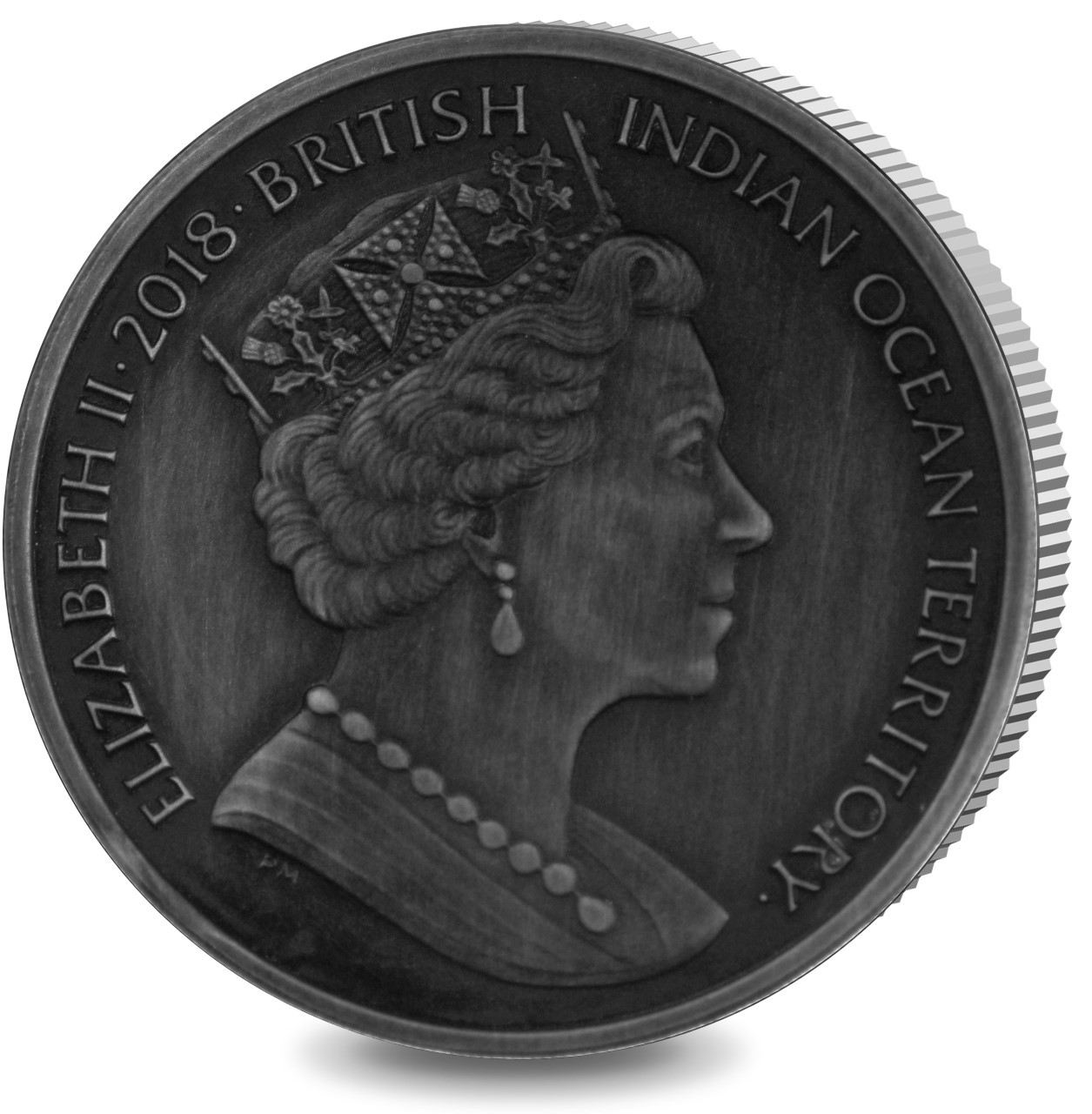 The obverse includes an effigy of HM Queen Elizabeth II which is an exclusive design of the Pobjoy Mint. The year of issue and issuing authority are placed within the legend around the Queen’s portrait. 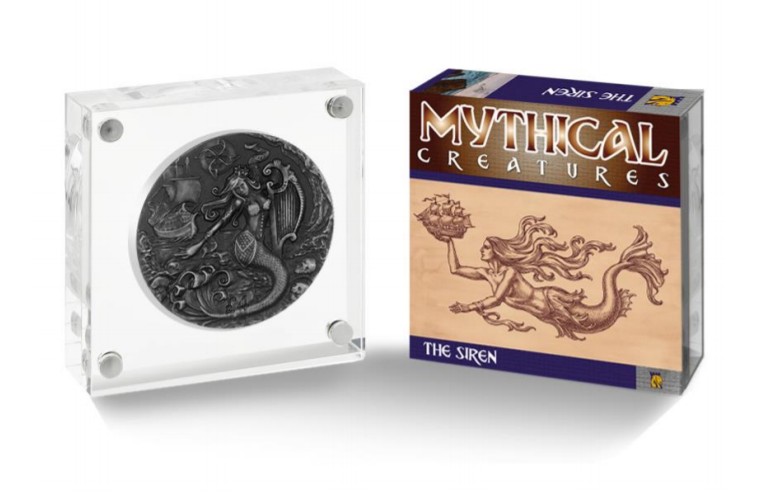 The encapsulated two-ounce fine silver high relief coins will be dispatched on the 24th April, and are packaged in a custom-made acrylic box with an outer printed sleeve which includes the certificate of authenticity. The first coin being issued features The Siren, and the further four coins to be released in this series include The Hydra, The Minotaur, The Centaur, and Medusa. For more information on this coin and others issued by the treasury of the British Indian Ocean Territory, please visit the website of the Pobjoy Mint.