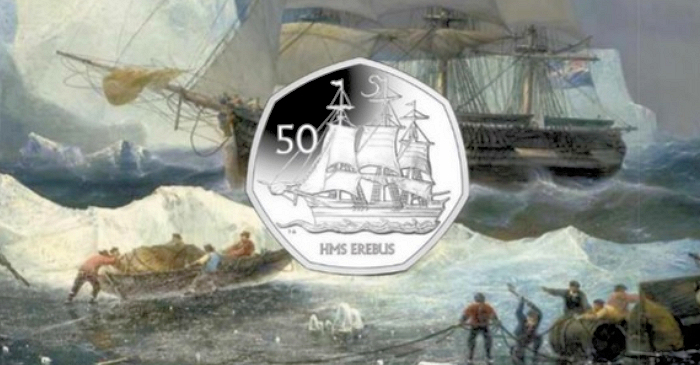 The treasury of the British Antarctic Territory has released (12th March) new commemorative coins in recognition of the 220th birthday of British explorer Sir James Clark Ross (1800–1862), who is credited with his detailed expedition to the Antarctic coastline.

Fortunately, the two ships were constructed as bombs vessels, which meant they both had solid hulls designed to withstand the recoil from the mortar bombs that they fired. These strong hulls would prove invaluable in the thick ice they encountered. 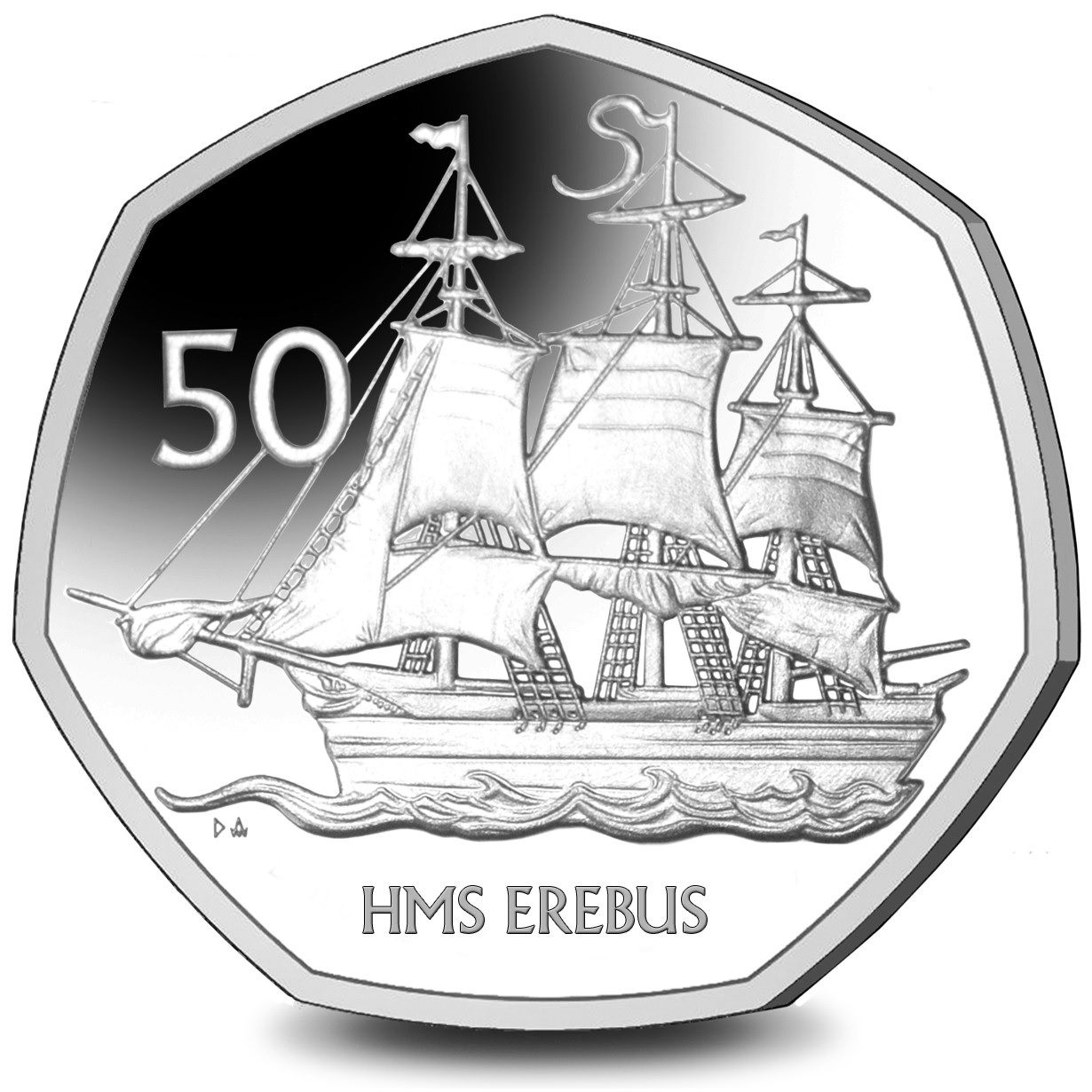 The seven-sided collector coins are produced by the Pobjoy Mint at their facilities in Surrey, England, on behalf of the treasury of the British Antarctic Territory. The reverse side includes a rendition of the tall explorer ship the HMS Erebus, which was initially launched in 1826 and constructed by the Royal Navy. The denomination of 50 is seen just to the upper left of the ship’s image and the text HMS EREBUS is placed just under the waterline. 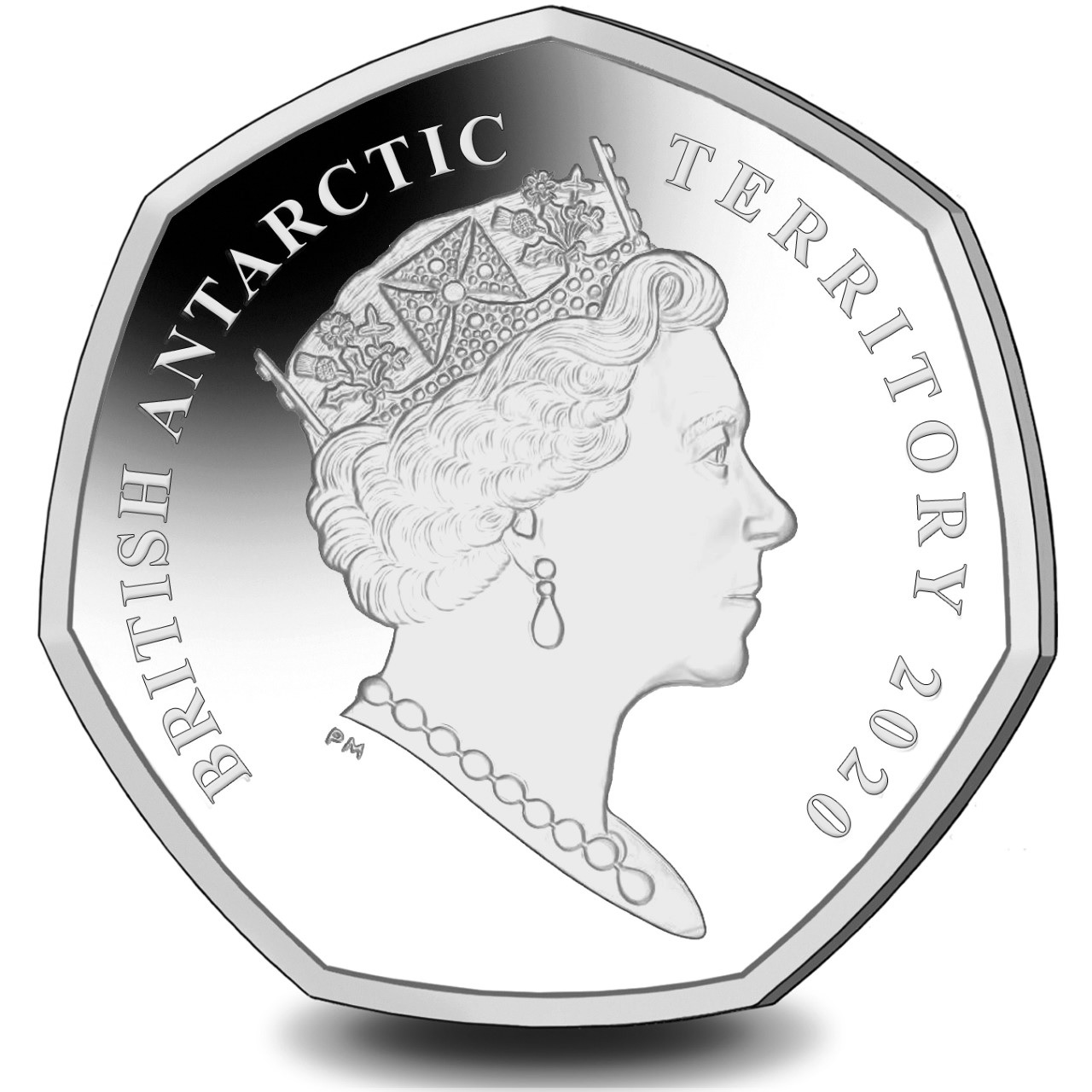 The obverse side includes an effigy of HM Queen Elizabeth II, which is an exclusive design of the Pobjoy Mint. The issuing authority and year of issue surround the Queen’s likeness. 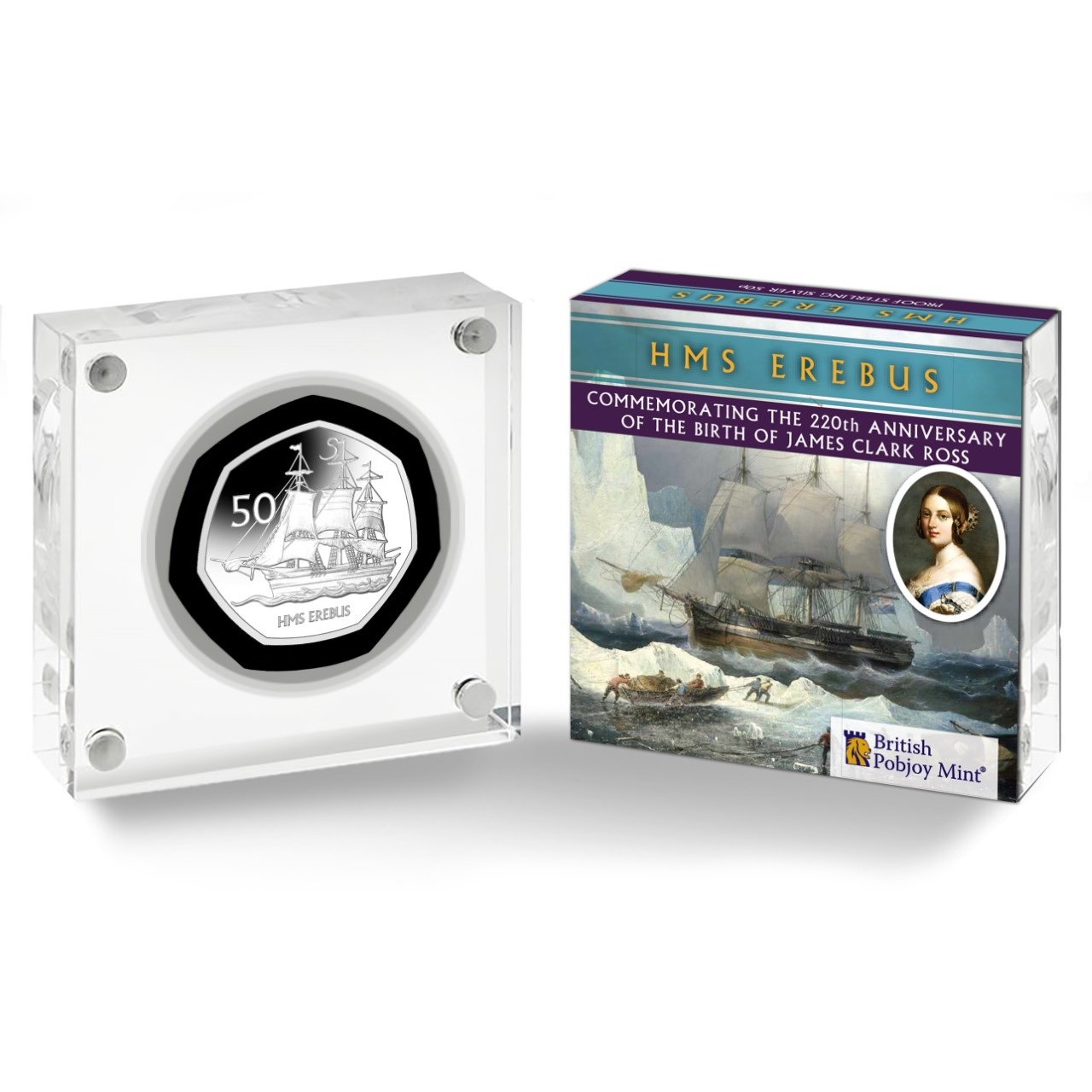 Orders will begin dispatch after the 19th March. The sterling silver Proof strikes are presented in a clear Perspex case allowing the easy viewing of the coin from both sides and is accompanied by a certificate of authenticity. 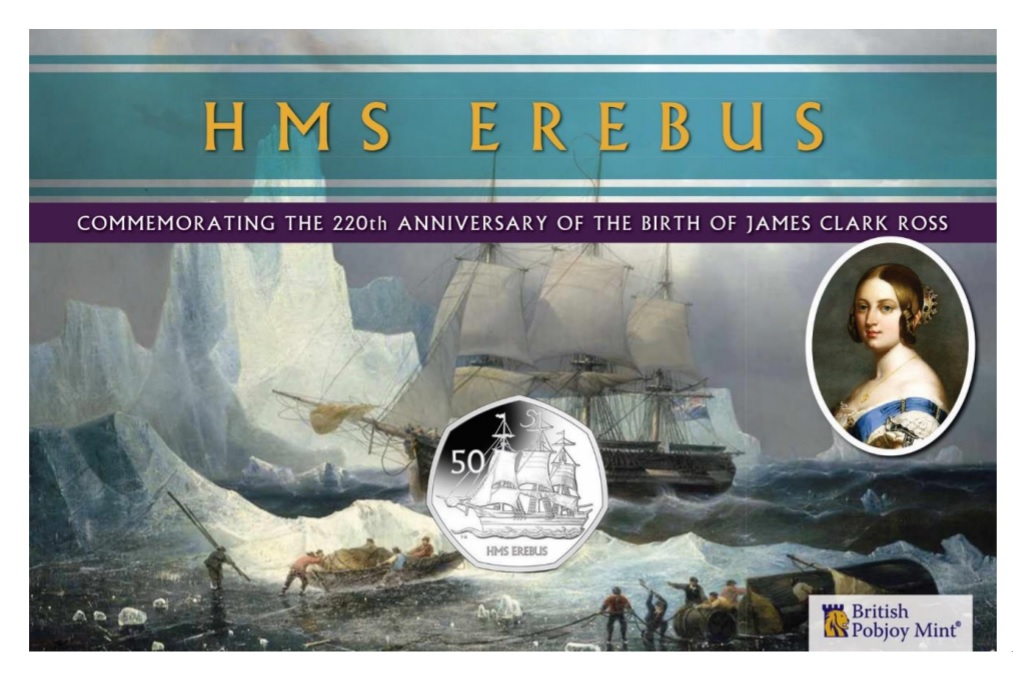 The Brilliant Uncirculated strikes are presented in a colourful folder that includes additional images of the HMS Erebus and informative text. For additional information about this coin, please visit the website of the Pobjoy Mint.