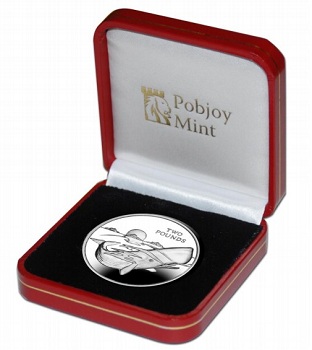 The Treasury of the British Antarctic Territory has issued (21st January) a new crown coin that remembers the 165th anniversary of the first publication of Moby Dick, now considered one of the greatest pieces of literature ever written. Written by Herman Melville (1819 – 1891), the compelling story was first published in London on October 18, 1851, and tells the tale of Captain Ahab’s obsessive quest for revenge against the albino Sperm Whale that destroyed his ship and severed his leg during a previous voyage.

Melville was born in New York City into a prosperous family; the fathers of both his parents were well-known American Revolutionary war heroes. He received a private education from the age of five, but was considered an average student. At the age of 22, he took to the sea in search of a job in merchant whaling. He boarded the whaler, Acushnet, which was bound for the Pacific Ocean and eventually sailed around Cape Horn, as well as the South Pacific. 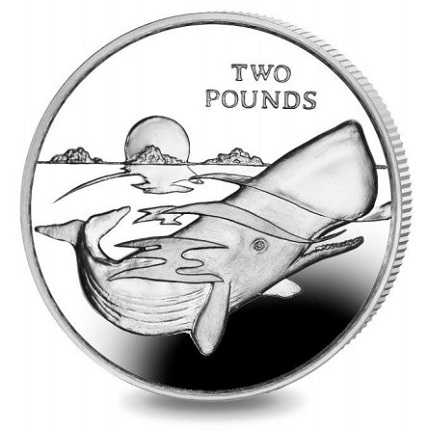 Whaling is, of course, the focus of Moby-Dick, and the novel’s author employs this enterprise as a metaphor for existence. From the 18th century though the 20th century, the sperm whale was a prime target of whalers. The head of the whale contains a liquid wax called spermaceti, from which the whale derives its name. Spermaceti was used in lubricants, oil lamps, and candles. Ambergris, a waste product from its digestive system, is still used as a fixative in perfumes. The species is now protected by a whaling moratorium, and is currently listed as vulnerable by the International Union for the Conservation of Nature and Natural Resources (IUCN).

Sperm whales, or Physeter macrocephalus, can be found anywhere in the open ocean and are easily recognized by their massive heads and prominent rounded foreheads. They have the largest brain of any creature known to have lived on earth and are also known to dive as deep as 1,000 meters (1,100 yards) in search of squid to eat. To accomplish this, whales can hold their breath for up to 90 minutes. 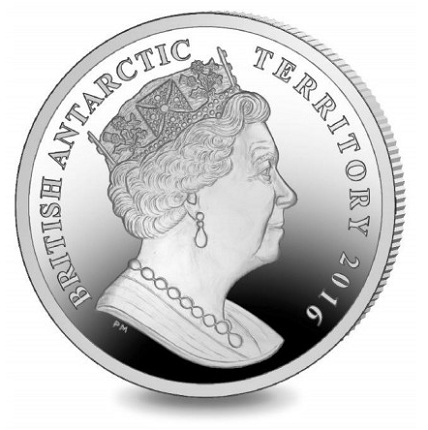 The coin, produced by the Pobjoy Mint, UK on behalf of the Treasury of the British Antarctic Territory, includes a reverse image of a sperm whale swimming in Antarctic waters, with the sun setting behind icebergs. The obverse features the new effigy of Her Majesty Queen Elizabeth II, which is an exclusive portrait to the Pobjoy Mint.

The coins are available in Uncirculated cupro nickel (BU) and sterling silver (Proof), with each precious metal coin being struck four times to produce the Proof finish. The cupro nickel coin is presented and packaged in a branded blue presentation pouch. The silver version is available separately and encapsulated in an acrylic capsule for protection; the issue is housed in a custom red box and accompanied by a certificate of authenticity.

For more information on these and other coins offered by the Treasury of the British Antarctic Territory, please visit the Web site of the Pobjoy Mint. International sales will be dispatched where applicable.