The Royal Mint have launched (3rd April) the proof editions of the hugely successful and popular “Britannia” coins, which also mark the 25th anniversary for the proof strike issue that made its debut in 1987 with one ounce and fractional 1/2, 1/4, and 1/10th ounce gold coins. A silver companion piece was added to the range in 1997 for the 10th anniversary of the series. 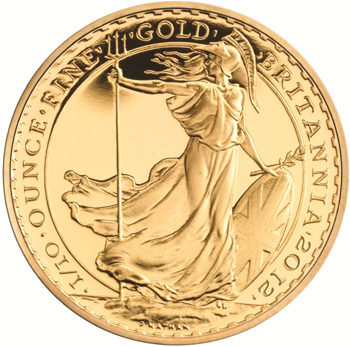 First designed by Philip Nathan, the 1987 reverse design depicted Britannia as a standing figure in a classical, flowing gown, armed with her trident & shield, and wearing a Corinthian helmet. This famed design has been chosen for 2012 to celebrate the 25th year of issue for the series and is complemented by the current circulation type portrait of The Queen by Ian Rank-Broadley FRBS on the obverse. All coins within the range feature the crenelated edge particular to Britannia coins. 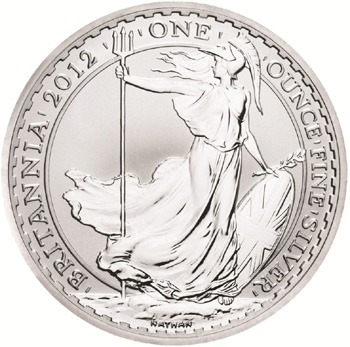 In addition to the Gold and Silver Proof coins now available within the 2012 Britannia range, The Royal Mint will as part of the occasion issue a specially prepared set which consists of all nine designs of Britannia struck as half-ounce coins. The “2012” dated gold pieces have a face value of £50 and the silver examples have a face value of £1. This landmark collection includes a special 25th anniversary booklet and Certificate of Authenticity. The gold edition has a limited issue of just 25 sets and the silver version is limited to 1,612 sets. 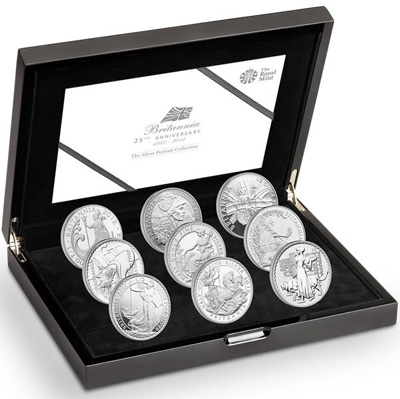 Since her first appearance on English coins in the seventeenth century, Britannia has grown to become a powerful emblem, personifying the spirit of Great Britain. Her elevation to gold coinage came in 1987 and still today she adorns the high value coins of the realm. During the last 25 years, various renditions from classical to stylized interpretations of this most British of female figures have graced Britannia coins.

The Gold Nine-Coin Anniversary Collection is available to purchase exclusively via The Royal Mint’s international contact centre on 1-866-519-7298 and on 0845 60 88 222 (local number for UK enquiries only). For the single Britannia coins and four coin sets as well as all other coins on offer for 2012, please visit the website of the Royal Mint at: at: www.royalmint.com.