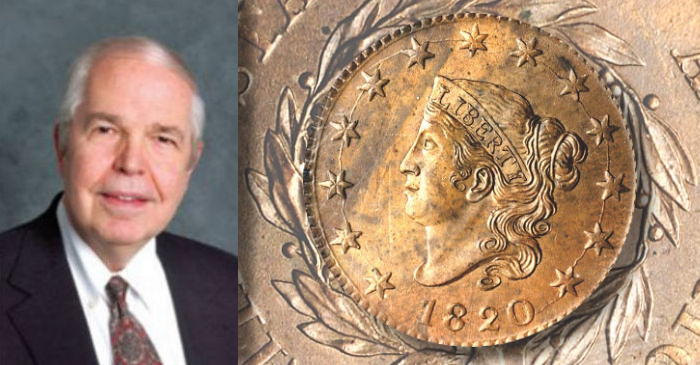 Of all 19th-century American coin finds, the most famous is the so-called Randall Hoard, named after a later owner of the cache. Even today, mention of the Randall Hoard recurs with frequency in auction catalogs and sale lists. Probably just about any numismatist who has collected large copper cents for more than a few weeks has heard of it.

Among United States large cents of the early years of the Matron Head design, nearly all are very elusive in Mint State, except for the first five years, 1816 through 1820. Today, many of these exist, with 1818 and 1820 being the most numerous. Such coins are commonly attributed to the Randall Hoard. Cents dated 1816 are in the minority and are not even mentioned in some historical accounts of the hoard and may be from another source.

While notices about the Randall Hoard differ in some details, it seems to be the consensus that a small wooden keg (or perhaps more than one keg) filled with Uncirculated copper cents was found beneath a railroad station platform in Georgia after the Civil War, but before autumn 1869. The cents may have been hidden during the 1861-1865 war years to prevent discovery, or they may have been stored in such a railroad facility before that time, possibly as early as the late 1830s. Alternatively, the hoard may have had nothing to do with any railroad platform (as usual, hard facts are scarce). In the 1816 to 1820 period, the Philadelphia Mint reused wooden kegs that had been obtained from Boulton’s establishment in Birmingham, England, from whom the Mint bought blank planchets. These kegs typically held about 14,000 cents or cent planchets, although Mint records exist of kegs containing 12,000 to 18,000. Since the Randall Hoard coins were described as being in a small keg, quite possibly, the number was less, perhaps on the order of 5,000 to 10,000 coins. Again, hard facts are lacking. 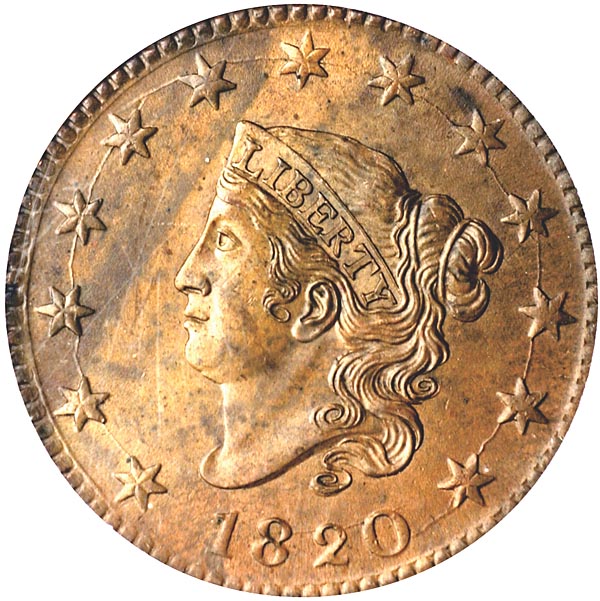 The typical specimen seen today with a Randall Hoard pedigree is a mixture of original bright red with flecks and stains of deep brown or black. Few, if any, are pristine (uncleaned, undipped) full mint red. According to Walter H. Breen’s research sponsored by Wayte Raymond in the 1950s, the most readily available variety attributable to the Randall Hoard is 1818 Newcomb 10, followed by 1820 N-13. Curiously, both of these varieties are usually seen with die breaks linking the stars and date. Then following in descending order of rarity, the 1817 N-14, 1816 N-2, and the 1819 N-9 and N-8 are encountered. 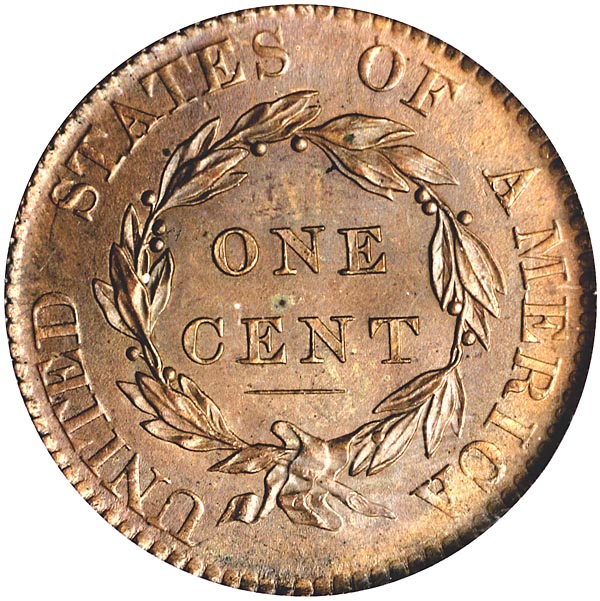 As late as the 1950s, it was not unusual to see groups of Randall Hoard coins in dealers’ stocks. By the turn of the 21st century, the supply had become widely dispersed, and when seen today, such coins were apt to be single specimens.