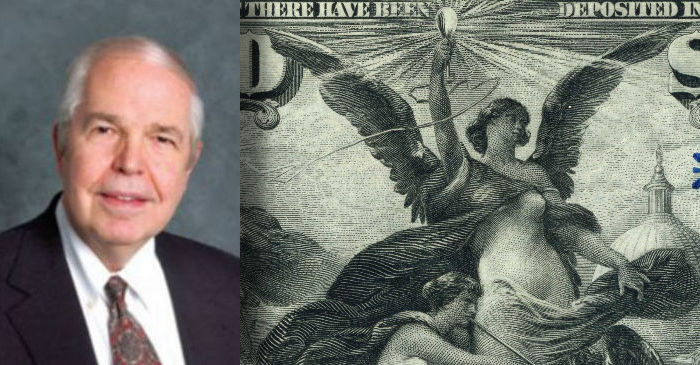 Back in 2005 David Sundman and I were commissioned by Whitman Publishing LLC to create The 100 Greatest American Currency Notes. Survey sheets were sent out to leading collectors, dealers, and scholars in the field of paper money asking them to rate their opinion as to the greatest (No. 1) to 100. This was done in good order, and in 2016 the book was published and became a best seller. If you do not own a copy you can borrow one free (plus postage) from the Dwight N. Manley Library at the American Numismatic Association headquarters in Colorado Springs. Or, if you would like to own one, check with your favorite dealer in numismatic books or you can buy one on the Whitman website. With extensive text and full-color illustrations, I promise you it will be a “good read.” 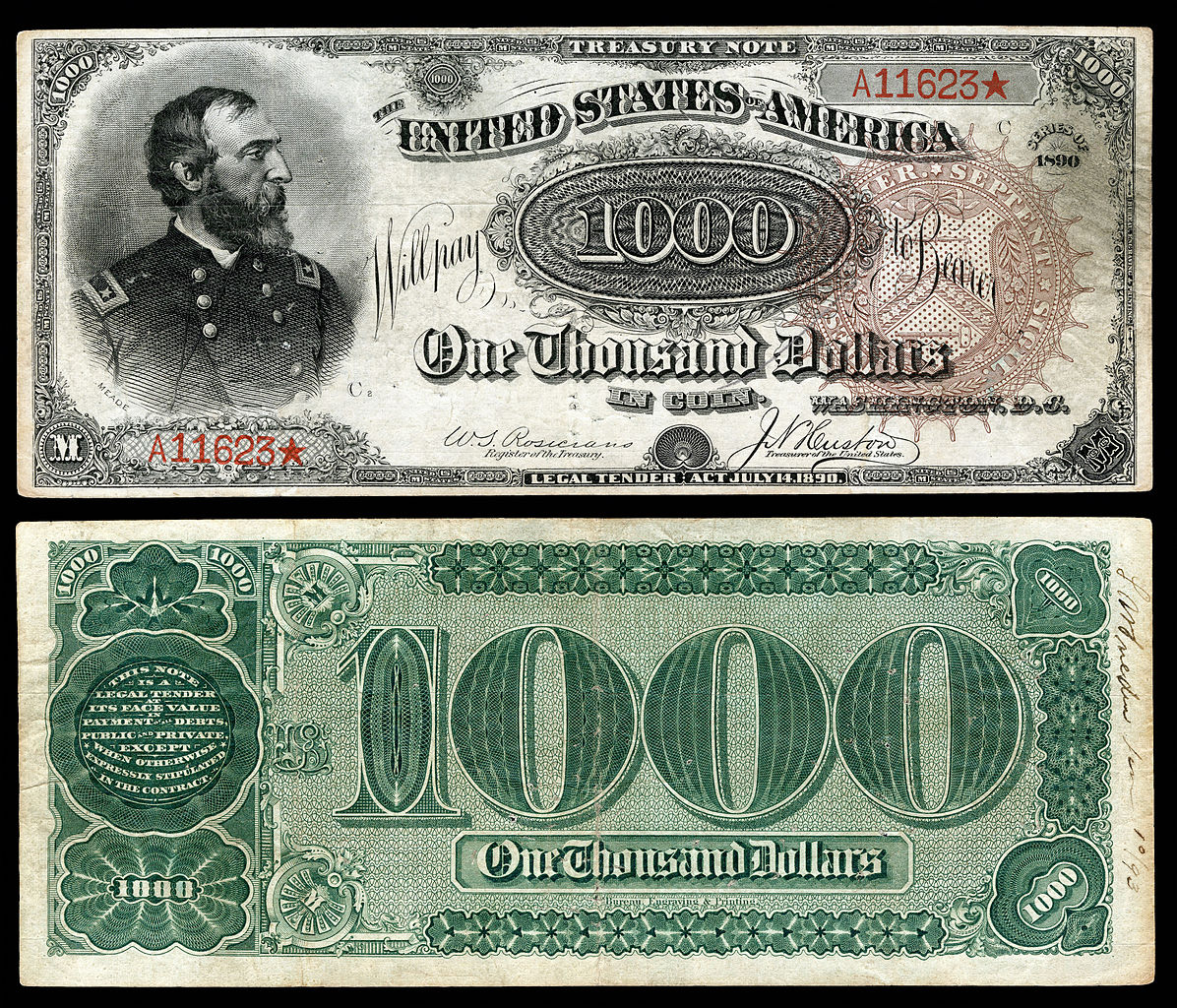 No. 1 on the list was the $1,000 “Grand Watermelon” note. This was the hands-down winner, far in the lead. I will write about this next week or in the next few weeks. I have just finished cataloging one for the Joel R. Anderson Collection of Paper Money Part 3 to be sold at the Whitman Coin & Collectibles Expo in Baltimore in October. If you plan to attend, track me down. I always enjoy chatting with Coin Update readers!

No. 5 on the list is one of my personal favorites. Below I give the description of it. See if you agree that as it is affordable (unlike the $1,000 “Grand Watermelon Note”) every collection should have one.

On November 1, 1893, Thomas F. Morris signed on as chief of the Engraving division at the Bureau of Engraving and Printing. By that time plans had been discussed to create a new series of Silver Certificates, enlisting the talents of artists who were known for their murals, specifically E.H. Blashfield, Will H. Low, and Walter Shirlaw. The idea was to create “scenic” motifs on various denominations. In time, serious work was done on values of $1, $2, $5, and $10, with motifs and sketches made for the $20, $50, $100, $500, and $1,000. Only the three lower denominations were ever produced, creating the beautiful “Educational Notes” that are so highly prized today, each of which has landed a high spot in our survey.

The $5 note features the ornate and elegant motif, Electricity Presenting Light to the World, also called Electricity as the Dominant Force in the World. Walter Shirlaw created the grand motif for the face of this issue, one of the most dynamic action groups ever seen on American currency.[1] Electricity is personified by a winged goddess at the center, holding aloft a lighted bulb. Other figures include Jupiter, on the left, representing force, Fame with her trumpet, representing the progress of the nation, and Peace with a dove.

The back was designed by Thomas F. Morris and includes the portrait of generals U.S. Grant and Philip Sheridan, part of the Treasury Department policy of featuring Civil War military heroes (Union side only) on paper money. Grant’s, in particular, became a stock-in-trade portrait and was used across several different types and denominations. At the center is a head and shoulders portrait of a winged female, quite resembling a roundel on the side of a carousel.

The Series of 1896 $2 and $5 notes were released in 1897, a year after the series date. There was a widespread complaint about these denominations. The Washington Times, May 1, 1897, reported:

The Bureau of Engraving and Printing is engaged in making plates for the five and two dollar bills of the last series. These bills when printed were too dark and the number denominations too indistinct for rapid use at the banks, and the Treasury received many complaints concerning them. To remedy this evil, new plates are being made, which will make the bills much lighter in color, the figures in the corner of the bill will be plain and distinct.

On August 15, 1897, the New York Times reported that the three designs of the Educational Notes were “doomed to be retired before fully completed. The whole series has proved unsuccessful from the point of view of the handlers of money. . .” Bankers further complained that the bills became smudged soon after they were placed in circulation.

Similar to the 1890 Watermelon Notes, the Educational Notes were not honored in their own time. However, numismatists today love them dearly!