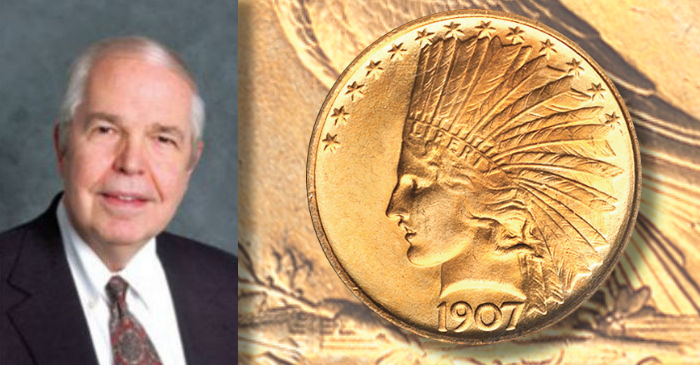 Among American coin series from 1792 to date, one of the most interesting and popular includes $10 gold coins or eagles of the design minted from 1907 to 1933. Augustus Saint-Gaudens, America’s most famous sculptor, was tapped by President Theodore Roosevelt to redesign the entire coinage from the cent to the double eagle. In 1904, Roosevelt visited the Smithsonian Institution and was fascinated by the beautiful motifs of ancient Greek coins on display and determined to change domestic coinage accordingly. The president did not have any particular motifs in mind and gave the artist free rein. Liberty is best represented by a young boy leaping, Saint-Gaudens once said. This did not translate into any specific coin design, however. 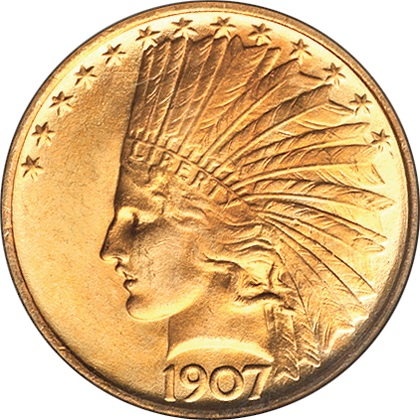 For the obverse, the artist created an imaginative image of Miss Liberty dressed in the ceremonial headwear of an Indian chief, seemingly a nod to the Indian Head cent motif in use since 1859. 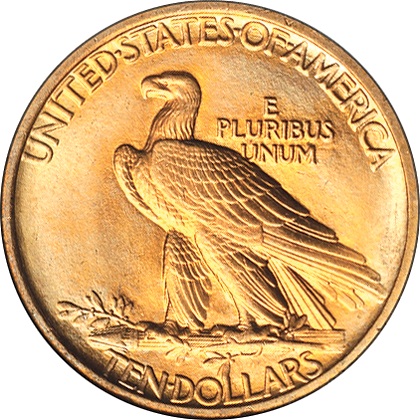 The reverse depicted a standing eagle, a Greek coin motif used by Saint-Gaudens on the Roosevelt presidential medal of 1904. These coins were released into circulation in autumn 1907 and were met by a warm reception by numismatists. The Mint decided to abandon the traditional mirror-field brilliant Proof format and used a matte finish. This pleased collectors not at all, and the new issues were widely ignored. Eagles of this design were produced at the three mints on occasion from 1907 to 1916, followed by the issues of 1920-S, 1926, 1930-S, 1932, and 1933. Of the last, only the 1926 and 1932 are readily collectible today. Although Mint records do not reveal the production of any 1926-S eagles, the late Steven K. Nagy stated that he once owned one, obtained at the Philadelphia Mint, apparently a trial piece struck when the 1926-S dies were made there. No other numismatic notices have ever been found of these coins.

The eagles are divided into two types. The first was made in 1907 and early 1908 and lacked the motto IN GOD WE TRUST, as President Roosevelt felt that it was an unnecessary reference to the deity. This was remedied in August 1908, and the motto was continued thereafter.

Today, eagles of this design are usually collected as part of type sets. Forming a run of dates and mintmarks is a great challenge, with the 1920-S, 1930-s, and 1955 being first-class rarities and seldom seen in the marketplace. Among later dates, the 1926 and 1932 are the most often seen.

Is there room in your collection for one or both Indian Head eagle design types? These would make a nice addition!

Bowers on collecting: Aspects of Kennedy half dollars

Bowers on collecting: The San Francisco Mint in 1854