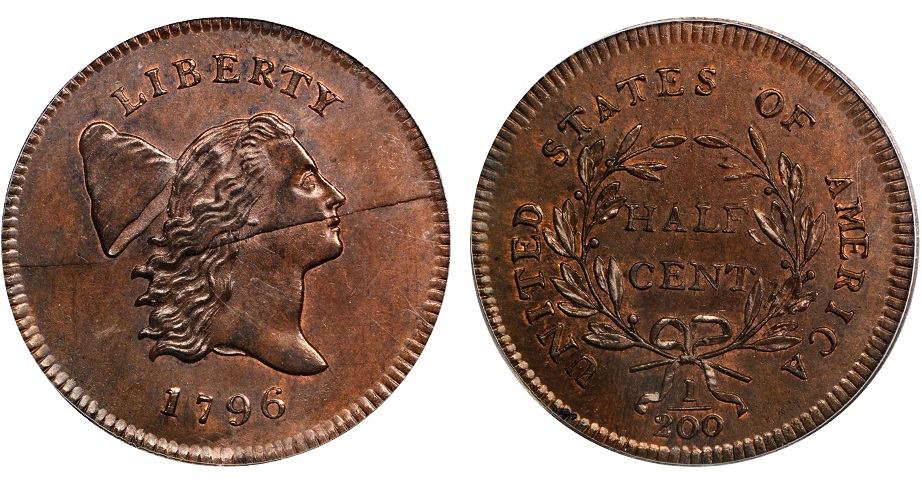 The 1796 half cent is one of America’s “trophy” rarities, a classic. For this coinage, two obverse dies were prepared.

The first die lacked the pole to the cap of Liberty due to forgetfulness on the part of the die cutter, a true engraving error. This die developed a horizontal crack at an early stage, and relatively few were made. This is the most famous rarity in the half cent series. All known examples have a die crack bisecting the obverse. On the reverse is a four-berry wreath with HALF/CENT within the wreath, the fraction 1/200 at the bottom, and UNITED STATES OF AMERICA around the border. The edge of the coin is plain. Some pieces have reflective surfaces and have been cataloged as Proof in the past.  It is sometimes fashionable to call early Prooflike coins “Proofs,” and in some instances, they might have been intended as presentation pieces in this regard. However, there is no documentation of any Proofs in any series being made by a special proofing process prior to the early 1820s.  Even after the early 1820s, there are few records available until the late 1850s.  (Should a coin be called a Proof because it looks like one, or should there be surrounding evidence or documentation or at least a long-standing tradition that it was made as a Proof? This point has not been completely resolved). Examples of the 1796, No Pole, change hands infrequently, and thus the market value is subject to differing opinions. About four are known in Mint State. 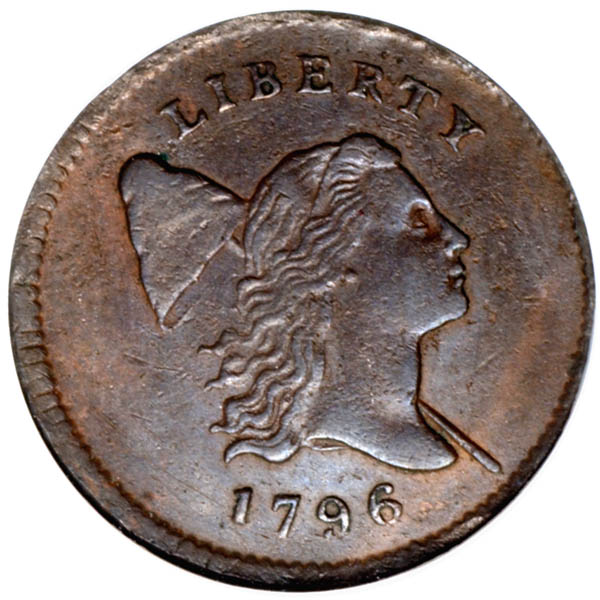 The second variety of the 1796 half cent is from a different die, with a prominent pole to Liberty’s cap, and is that which is most often seen, although on an absolute basis it is also rare. Today, perhaps as many as two dozen of the 1796, No Pole, half cents exist, mostly in low grade in about Good to Fine, often porous, but with several high-grade and notable examples to delight connoisseurs who can afford them. For the 1796, With Pole, the population today is likely in the range of 100 to 120 pieces, again mostly in lower grades, although the number of pieces in AU or Mint State is around a dozen. 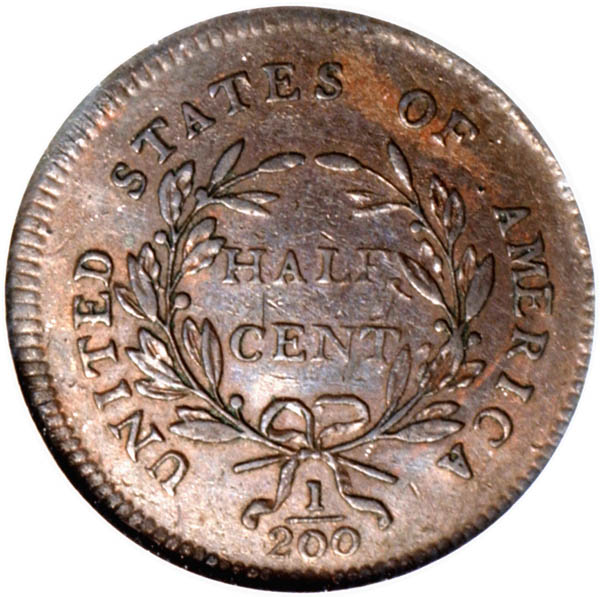 Some of the highest-grade half cents of both types for 1796 were located in England, where in the late 1700s such pieces were collected, during an era in which numismatics had not yet become popular in the United States.

Modern standard references, including the Guide Book, usually state the total population of the 1796-dated half cents to have been 1,390 but this is a guess, representing the smallest of several deliveries of half cents this year. Moreover, even for this delivery, there is no evidence that the coins were from 1796-dated dies. The truth is that except for calendar year 1793, when all half cents in the first year necessarily bore that date, we have no precise figures for any mintage of early half cents bearing a particular date. Certainly, the production of 1796 half cents was low, whatever the figure.

Sometime before 1866, Francis S. Edwards issued a copy of the 1796, With Pole, half cents from new dies. The copy has many minute differences from the original. On the copy the leaf below the “O” in “OF” extends significantly to the left; on the original, the leaf ends below the left edge of the “O.” Both dies were rusted. Also, the Edwards’ specimens do not have a consistent weight.  Reportedly, after his death, the dies were destroyed as were all but 12 remaining coins. The number struck is not known. These are collectible in their own right.