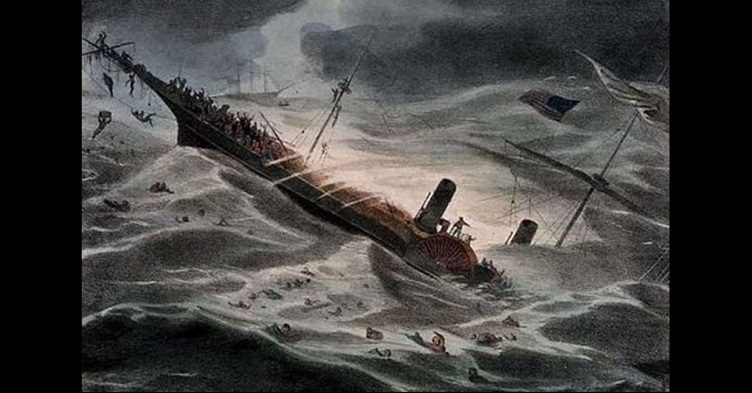 Unless you have been on a desert isle, you probably know the greatest numismatic story of recent decades: the treasure of gold coins and ingots lost at sea and recovered in the late 20th century. In 2002, I wrote a 1,012-page book about it! (If you want a copy, check abebooks.com on the Internet.)

In brief, in 1857, the S.S. Central America was in service from New York City to the eastern side of the Isthmus of Panama. Between October 1853 and September 1857, the steamer with auxiliary sails completed 43 round trips and carried to New York about a third of the value of gold shipped on that route. On September 9, 1857, while returning to New York on its 44th trip, the vessel ran into high seas whipped up by a hurricane. On the 11th, a major leak developed, and heroic efforts were made to bail out the water. On the 12th, all women and 28 of 29 children aboard were saved by a passing vessel, as were several dozen men. Shortly after eight in the evening of the 12th, the Central America slipped below the waves and was no more. Over 300 men were drowned. Aboard was a vast store of gold being shipped from the San Francisco Mint to the New York Assay Office, plus coins and bullion carried for other accounts and on the persons of passengers. The loss of this bullion is said to have been a precipitating cause of the Panic of 1857. 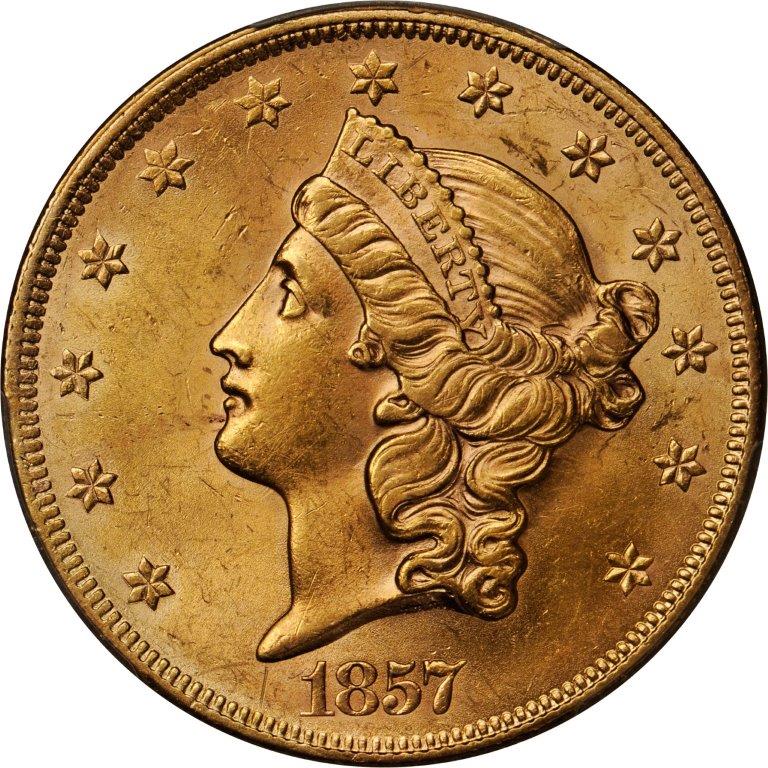 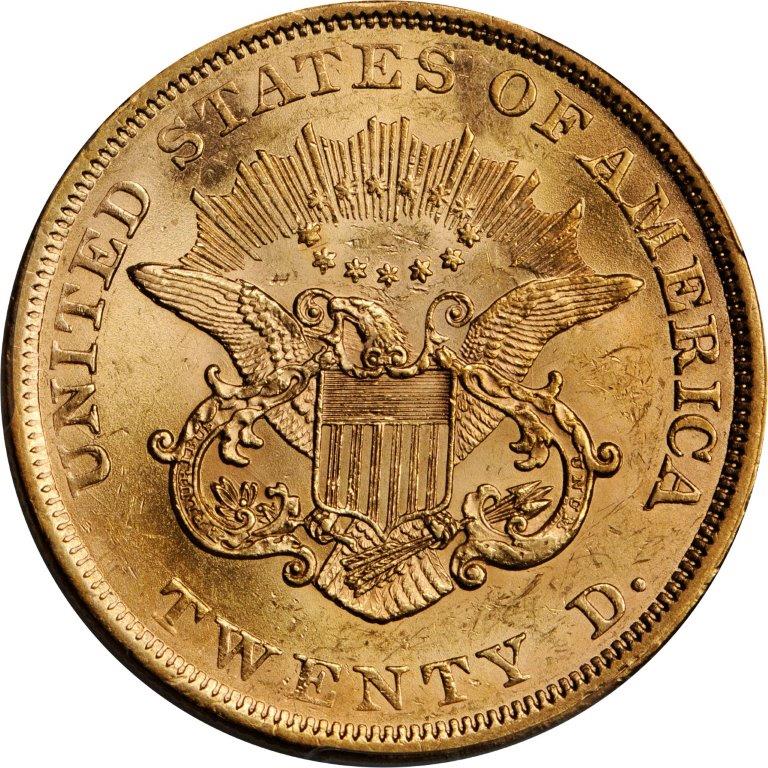 These were brought to the market beginning in 1999. Today, in 2020, coins and ingots regularly appear in the marketplace, and the story is well-known. If you would like to own a Mint State 1857-S as a “story coin” contact my company, Stacks Bowers Galleries, or visit the Internet.