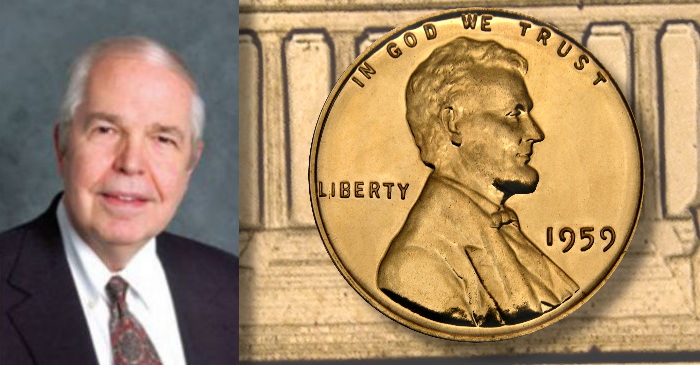 Today, in 2021, the Lincoln Memorial reverse on the cent is familiar to everyone. It is an interesting sidelight to think about the year 2009 when this motif was replaced by four designs depicting scenes from the life of Abraham Lincoln.

Four engravers at the Mint were invited to submit designs for a motif appropriate to the 150th anniversary of Lincoln’s birth. Suggestions were bandied about, including depicting the president’s birthplace cabin in Kentucky, this being a favorite of the Lincoln Sesquicentennial Commission. Perhaps the recent (1946 to 1951) depiction of another cabin on the reverse of the unloved commemorative half dollars depicting Booker T. Washington turned the Mint staff away from that idea. In any event, Frank Gasparro’s entry was chosen from 23 received. President Dwight D. Eisenhower gave his approval on December 20, and the announcement was made the next day.

At the time Gasparro was one of several assistants to Chief Engraver Gilroy Roberts, who had held the senior post since July 22, 1948. He selected the Lincoln Memorial in Washington, DC, The engraver thought the combination of Lincoln’s portrait with a colonnaded building on the reverse was a nice touch with the classics, and as he said in an interview for the Numismatic Scrapbook was “a fitting token of esteem to this president as it shows a national shrine”. Gasparro’s initials, FG, were placed in the field to the right of the building.

Unfortunately, during actual production of the new cent, “full details” of the Lincoln statue either were not transferred to the working dies or did not strike up properly, for even some Proofs do not show the features sharply. 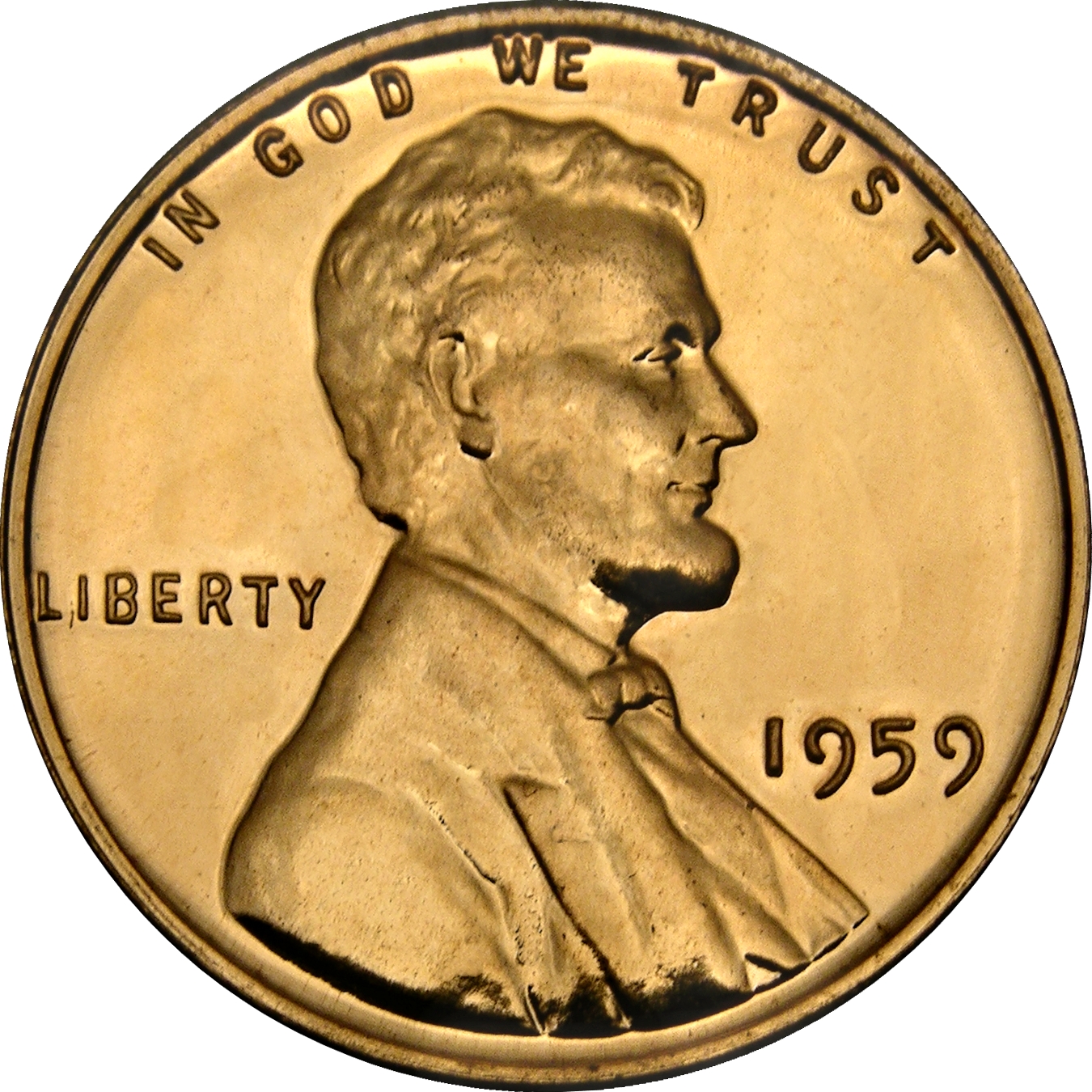 Coinage proceeded apace at the Philadelphia and Denver mints on January 2, 1959, and on February 12, the 150th-anniversary date, the cents were officially released through banks. Inevitably, as also happens with postage stamps before the authorized date, some escaped into the hands of delighted collectors. 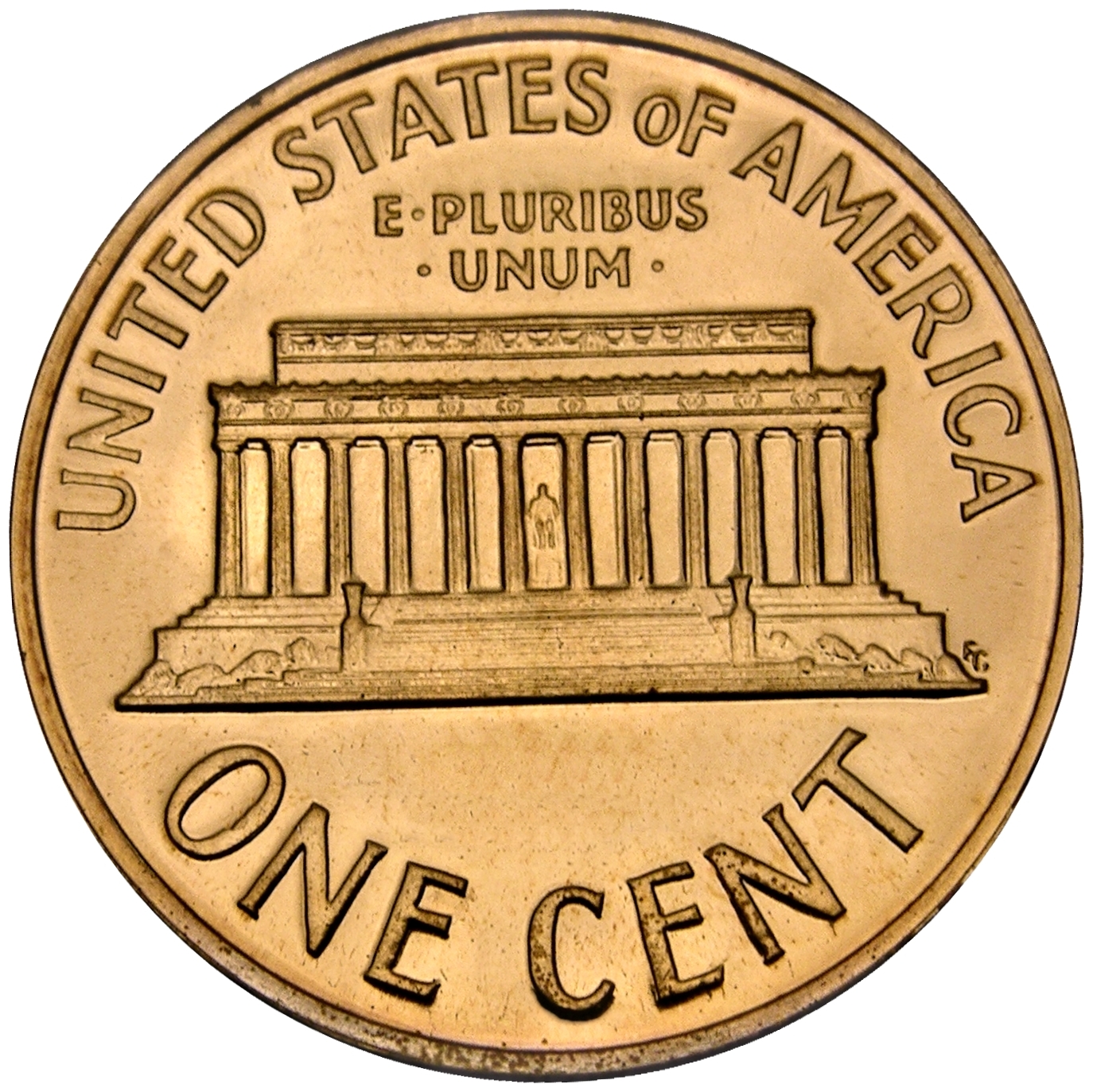 Probably the most exciting year of the coin’s production from 1959 to 2008 was that of 1960 when newspapers and television programs across America carried accounts of the supposedly fabulous, valuable, and rare 1960 Small Date Lincoln cents. It was estimated that about two million of these were made in Philadelphia, and a much larger quantity in Denver before the Mint halted production due to the fact that the small 0 in the date was too small, and that the interior might break away on the die causing the numeral to fill in. Hence, the date was made larger and in much greater quantities without publicly announcing the change at first. As the public learned of the limited production of the SMALL DATE, prices rose across the board, starting a boom that would last until 1964. Numismatics was a hot topic nationwide, and newcomers rushed to get in on the anticipated large profits in the offing.

Over the course of the years of production of the Lincoln Memorial cent there were various changes that make collecting them an interesting pursuit for numismatists. Keeping a copy of the Guide Book at your side will enhance your collecting experience.