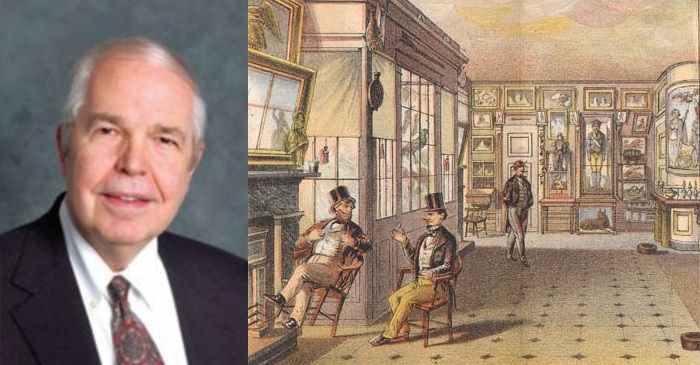 The Fifth Ward Museum Hotel was conducted by Thomas Riley and partners at 94 Broadway in New York City. Opened in 1826, it was an attraction from the start, further emphasized when a flagpole soaring 174 feet into the sky was erected on the ground next to it.[1] The exhibits, mainly in a room up one flight of stairs included an extensive display of coins and medals. 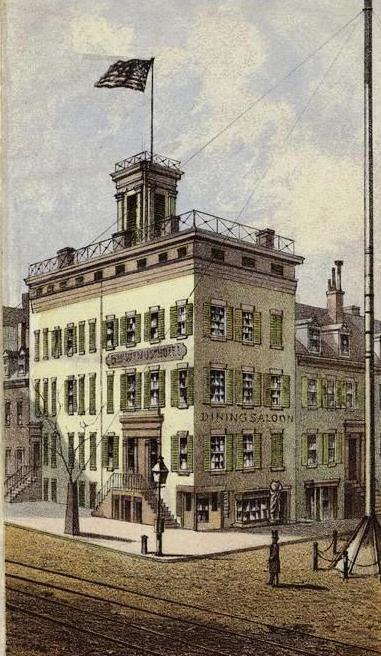 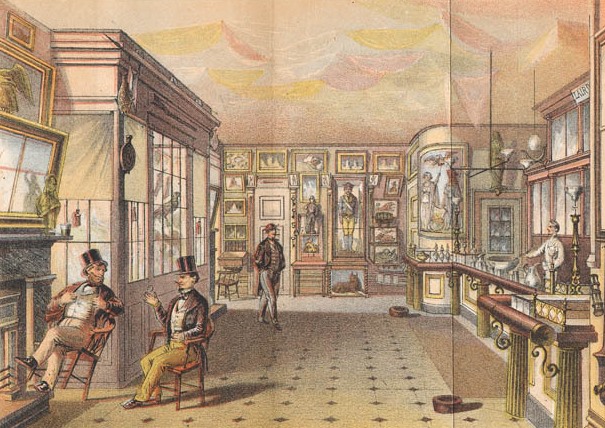 The second floor of the Fifth Ward Museum Hotel.

This was a prime tourist attraction in the mid-19th century. Items on display included Andrew Jackson’s smoking pipe, fragments of a statue of King George III that that was pulled down in New York City on July 9, 1776, parts of a statue of William Pitt, Tecumseh’s rifle, a stuffed pig that in life once pushed a man off of the Canal Street Bridge, a stuffed two-headed calf, and a club native Hawaiians used to kill Captain James Cook. 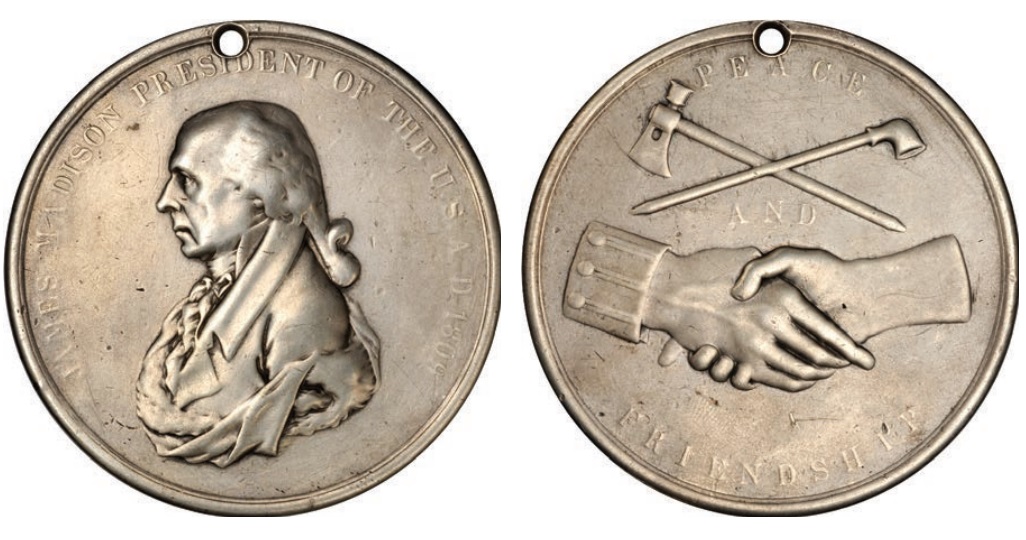 An 1809 silver James Madison Indian peace medal that was discovered by a shepherd in Wyoming in 1962. Image courtesy of Stack’s Bowers Galleries. Hover to zoom.

Items of numismatic interest included an Indian peace medal from the James Madison administration. Riley retired in 1851 and leased the hotel to others. He died in January 1859 and left a valuable estate of many properties.


In 1860 a leading auctioneer placed many advertisements in local newspapers, these two in the New York Tribune, November 13, being typical examples:

A.J. Bleecker, Son & Co. will sell at auction on Tuesday, November 20, at 10½ o’clock a.m., at the Fifth Ward Museum Hotel, corner of West Broadway and Franklin St., all the rare and valuable curiosities contained therein, consisting of

A full descriptive catalogue can be held at the auctioneer’s office, No. 7 Pine St., on and after the 17th last. By order of P.R. Tillou, Benj. D. Brush, executors.

Executors sale of valuable property on West Broadway, Franklin, Beach, and Varick streets belonging to the estate of Thomas Riley, deceased. A.J. Bleecker, Son & Co. will sell at auction on Monday, No. 19 at 12 o’clock at the Merchants’ Exchange:

On S.W. Corner West Broadway an Franklin Street—the three-story basement brick building a lot known as “The Fifth Ward Museum Hotel,” well known for a series of years past as an establishment of high reputation. Size of lot 25×81 feet, more or less. Sold subject to present tenancies, until May 1, 1861…

Other buildings and properties were also offered, with 110 shares of capital stock of the Columbia Fire Insurance Company. The sale was adjourned and then held on February 12, 1860. The hotel was taken over by a new operator and continued as a museum and hotel and was mentioned as an attraction in the city. 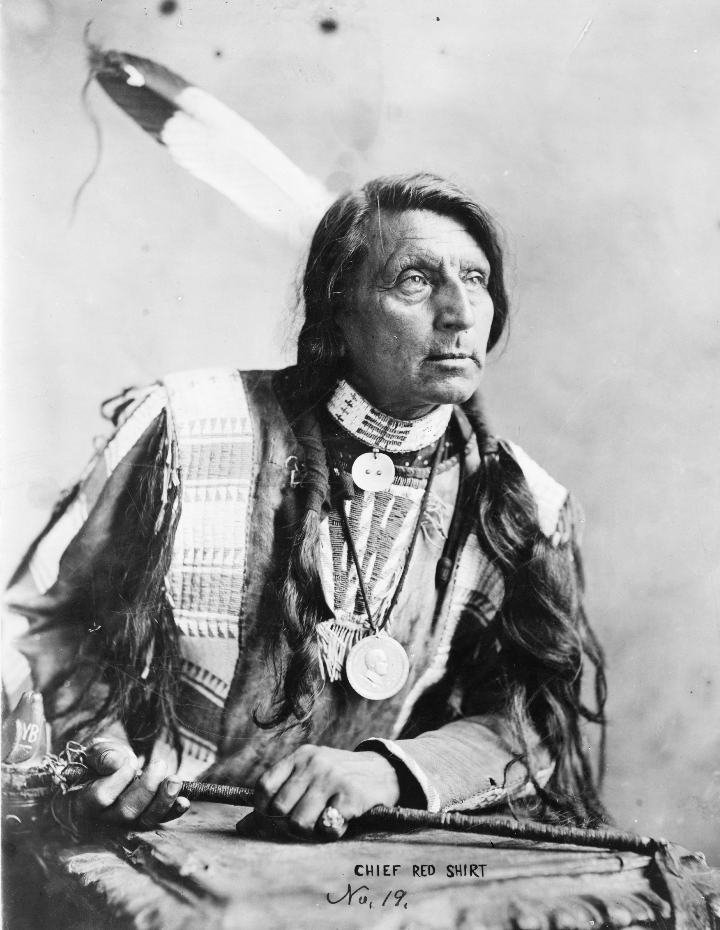 On Friday, February 12, 1864, Bleecker auctioned the “curiosities, relics, etc.” within the hotel. All was not well, problems continued, and it was not until April 6, 1865, that the Riley estate was finally settled, after litigation involving ownership of certain of the museum contents. For a long time, various items had been sent to the hotel to be displayed, but many lacked documentation or had an uncertain title.

[1] This was a popular testing point to see how high the stream from steam-powered fire engines could be thrown.