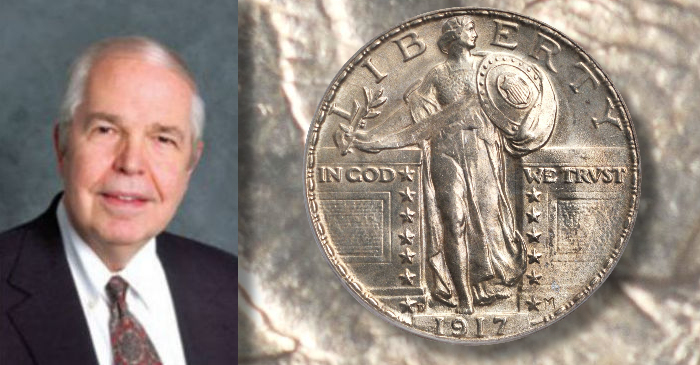 Numismatists have admired the Standing Liberty quarter, designed by Hermon A. MacNeil, since it was first made in 1916. Only 52,000 of this design were minted in the first year, leading it to become the rarest in the series. The obverse portrays Liberty holding an olive branch in her right hand and a shield being exposed from the folds of her garments as she is raising her left arm in a pose of protection. A flying eagle is depicted on the reverse.

In 1917 this first design was replaced by the addition of three stars under the flying eagle on the reverse, and, on the obverse, the covering of Liberty’s bare breast with a suit of mail, symbolizing military preparedness in view of the World War. The olive branch in her right hand was modified in shape, and a leaf that crossed the L on the Type 1 coins was removed. The shield was modified with fewer rivets. Type 2 quarters were produced from 1917 to 1930. 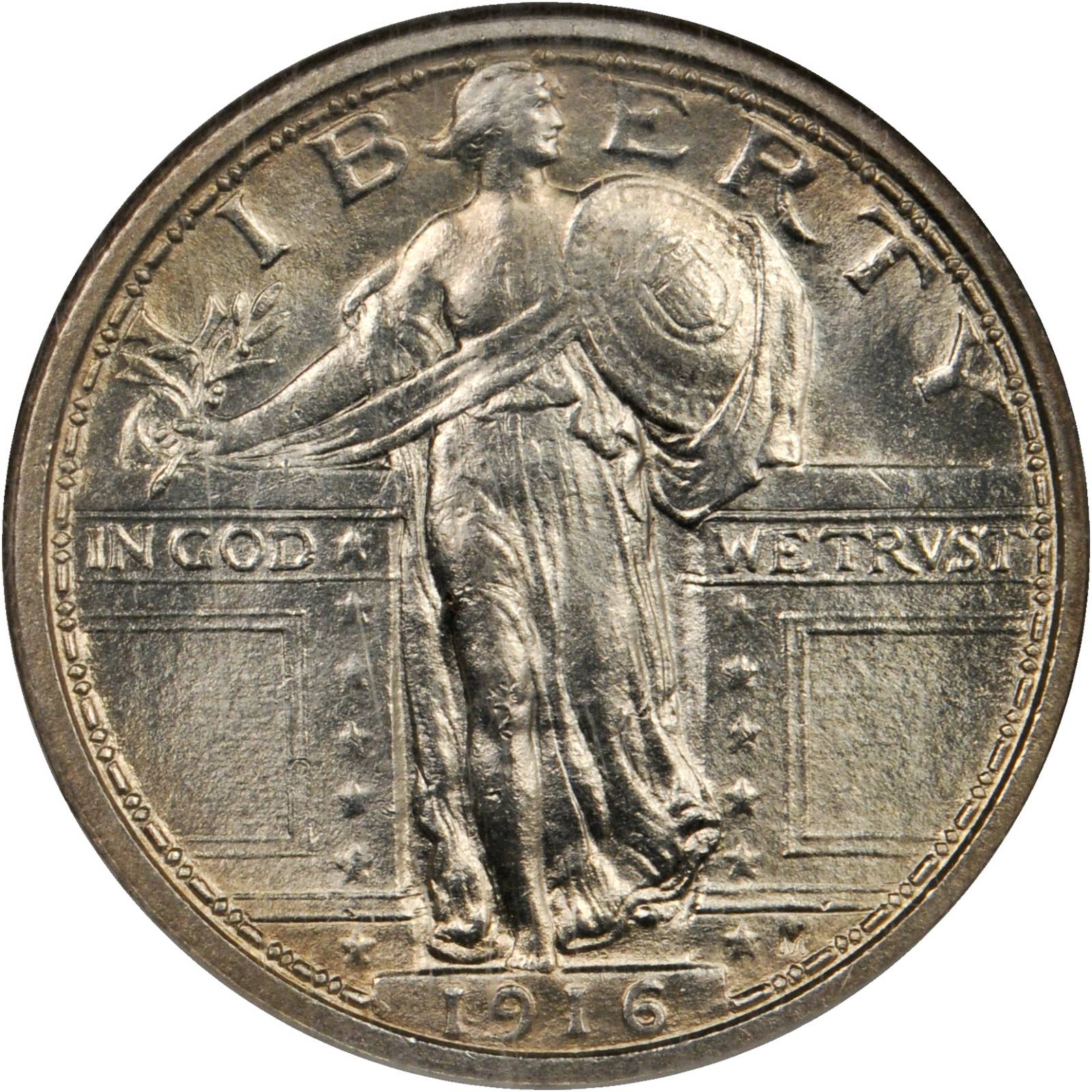 In contrast to the release of Mercury dimes in October 1916, the new quarters, including those dated 1916, were not placed into circulation until after the Treasury authorization of January 17, 1917. On December 2, 1916, the Treasury had announced that “Issuance of the new [coins] was deferred today by the Treasury Department until the beginning of 1917. The extraordinary demand for small coins is overtaxing the facilities of the mints, and officials believed calls for the new quarter and half dollars would swamp the mints if they are issued at this time.” 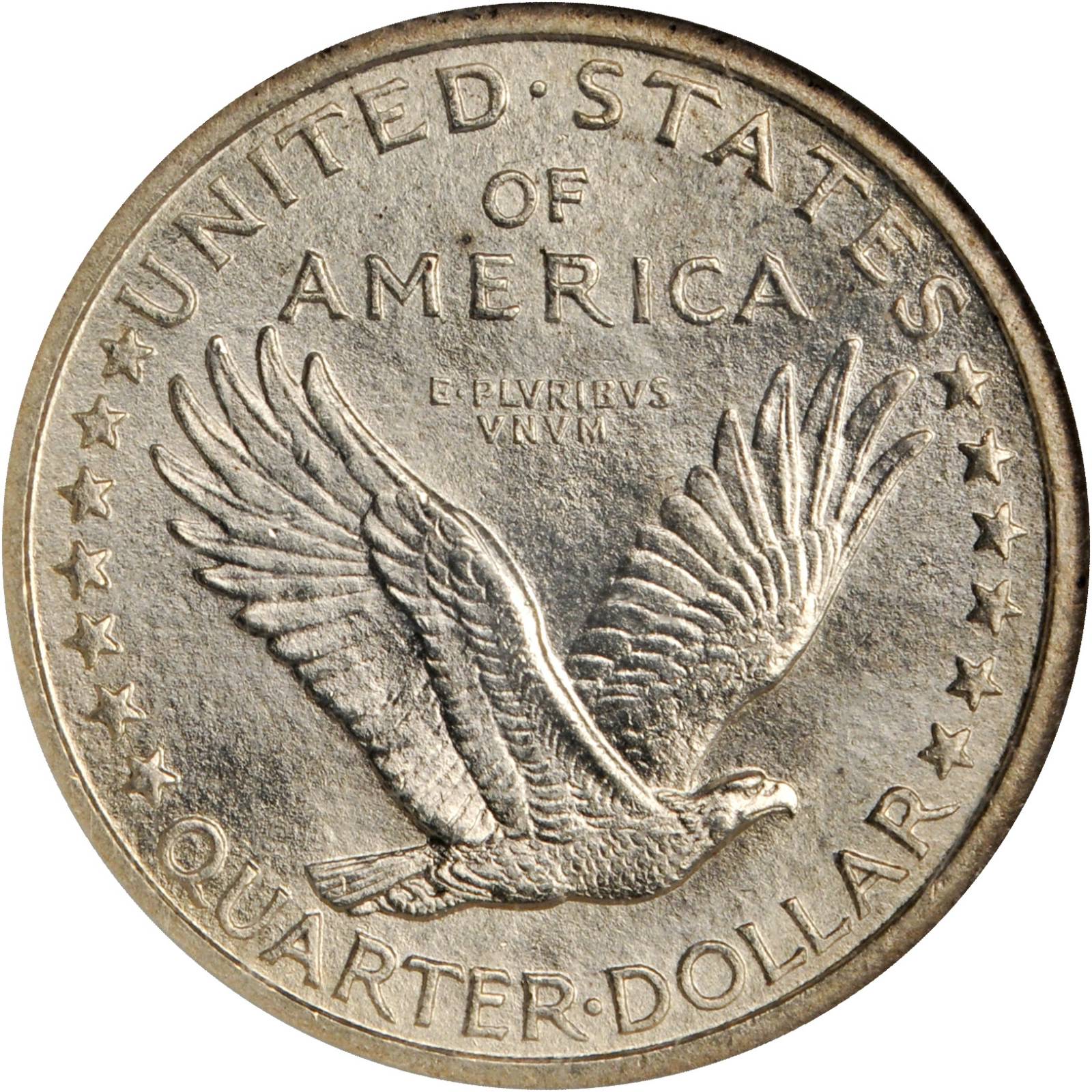 In early 1917 the low-mintage quarters dated 1916 were mixed in with quarters of 1917, resulting in those of 1916 not being showcased as novelties. 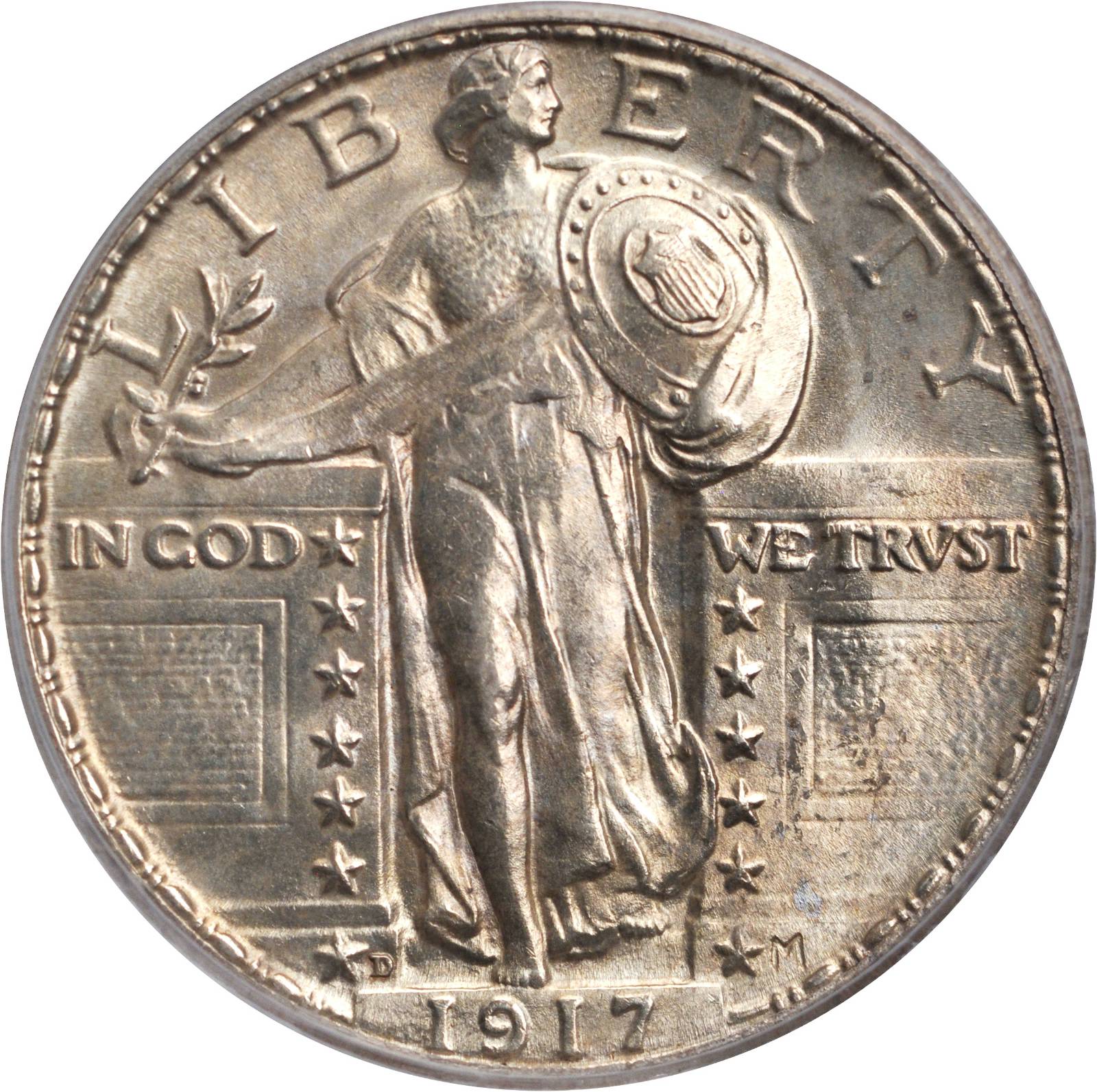 Mintages continued from 1917 onward at the Philadelphia, Denver, and San Francisco mints, but not all mints in all years. In 1922 no quarters were minted,, and in 1921 and 1925 only the Philadelphia Mint struck them. These coins entered circulation and were widely used. Numismatists did not pay much attention to them because the specialty of collecting by dates and mintmark was not widespread and would not be until the next decade, after the series had ended. 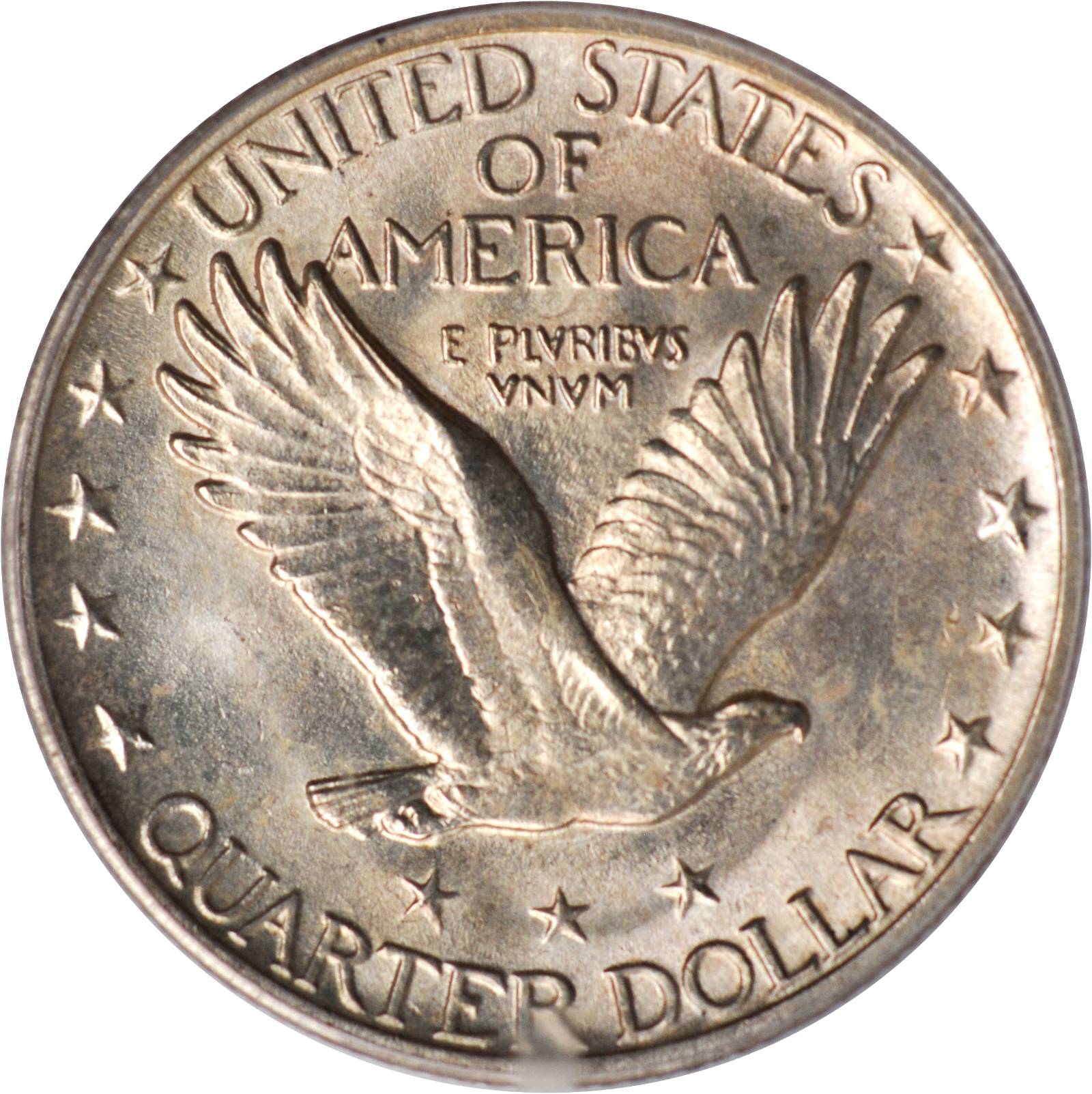 Dates wore off the early issues of the quarter, a problem resolved in 1925 by depressing the surface of the date area so that the date no longer had a high relief with no protection. The worn date years of the 1916 to 1924 quarters became apparent to the public by the mid-1930s, when collecting coins by date and mint became widely popular with the distribution of Wayte Raymond’s “National” albums, and, somewhat later, Whitman coin folders.

To those of you today who are interested in collecting the Standing Liberty quarters, I recommend that you have the Guide Book at your side which will enable you to learn about the scarcer coins due to lower mintage years and also to see a close-up illustration of the 1918-S, with the 8 over the 7, which is highly sought after by numismatists. Enjoy the hunt!