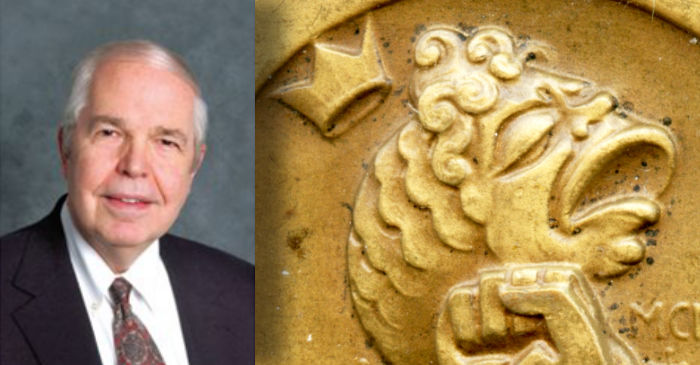 Welcome to this week’s commentary, the seventh in a series about American medals. Heretofore I have selected winners from the 100 Greatest American Medals and Tokens, a best-selling Whitman book done by Katie Jaeger and I a few years ago. It has been very popular and is available today from the Whitman website. This week’s subject is a piece of apocrypha — an outtake mentioned as No. 140 in the appendix. 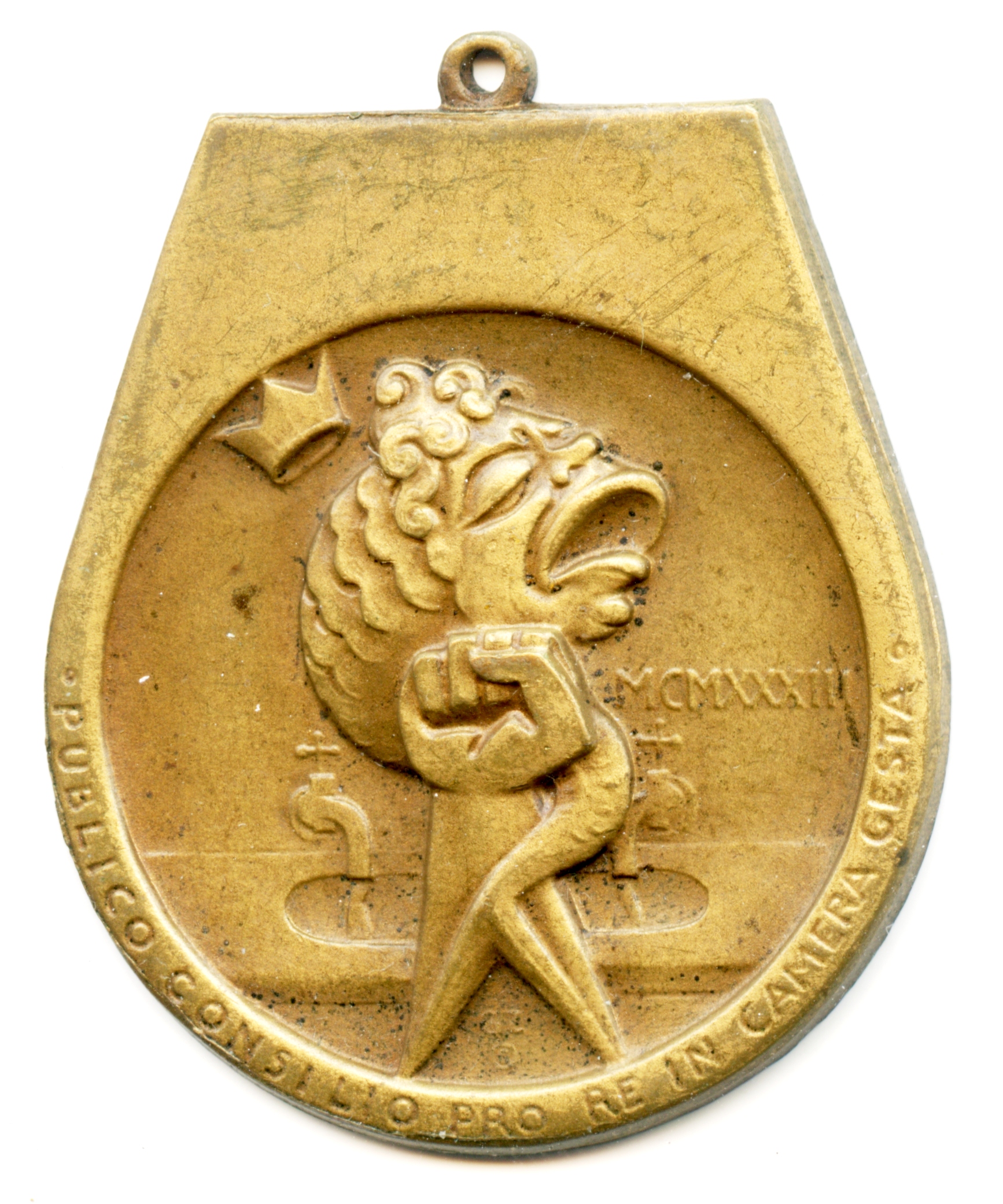 The obverse of the 1933 Huey Long “toilet seat” medal. Hover to zoom.

This has long (no pun intended) been one of my favorite medals. Here is what I had to say about it in my “Joys of Collecting” column in Coin World, July 24, 2012:

On August 28, 1933, U.S. Senator Huey Long of Louisiana was partying at an exclusive Sands Point country club on Long Island not far from New York City. Soused and needing to urinate, he went to the men’s room, only to find all of the urinals and stalls occupied. What happened next captured international headlines. Really!

It seems that he urinated on another man’s pant leg. A “hero” onlooker gave Long a roundhouse punch, the result of which was a large “shiner” and black eye. The New York Times covered it in a front-page story, and the London Times picked it up, too — as did hundreds of other publications.


Huey Long, born on August 30, 1893, in time rose in politics in his home state and served as governor from 1928 to 1932, then beginning in 1932 as a United States senator. Long did many beneficial things for Louisiana, including advocating increased public spending on education, welfare and the public good. However, by 1933 he had an iron grip on the state politics. What Huey wanted, Huey got. Nicknamed the “Kingfish,” his word was law, the closest any state has ever come to having a dictator. In that year he announced that in 1936 he would run for president.

The editor of Collier’s magazine, one of America’s most popular weeklies, commissioned artist George DeZayas to honor the “unknown hero” with a medal. Medallic Art Company struck them. Made in the shape of a toilet seat, the medal showed the hero’s fist punching a crowned fish (“Kingfish”). An inscription in English and Latin was created by a professor at Columbia University. “Kingfish” Long declined the opportunity to claim the only gold striking (the rest were bronze), after which, with great pomp and circumstance, it was presented to the American Numismatic Society.

You will not find Long in any listings of national chief executives. In the evening of September 8, 1935, Dr. Carl Weiss took out a handgun and shot Long, mortally wounding him. Long’s bodyguards pumped 62 bullets into Weiss. Thus ends the story. Historians would later write that American history probably would have been much different if Huey Long had lived. 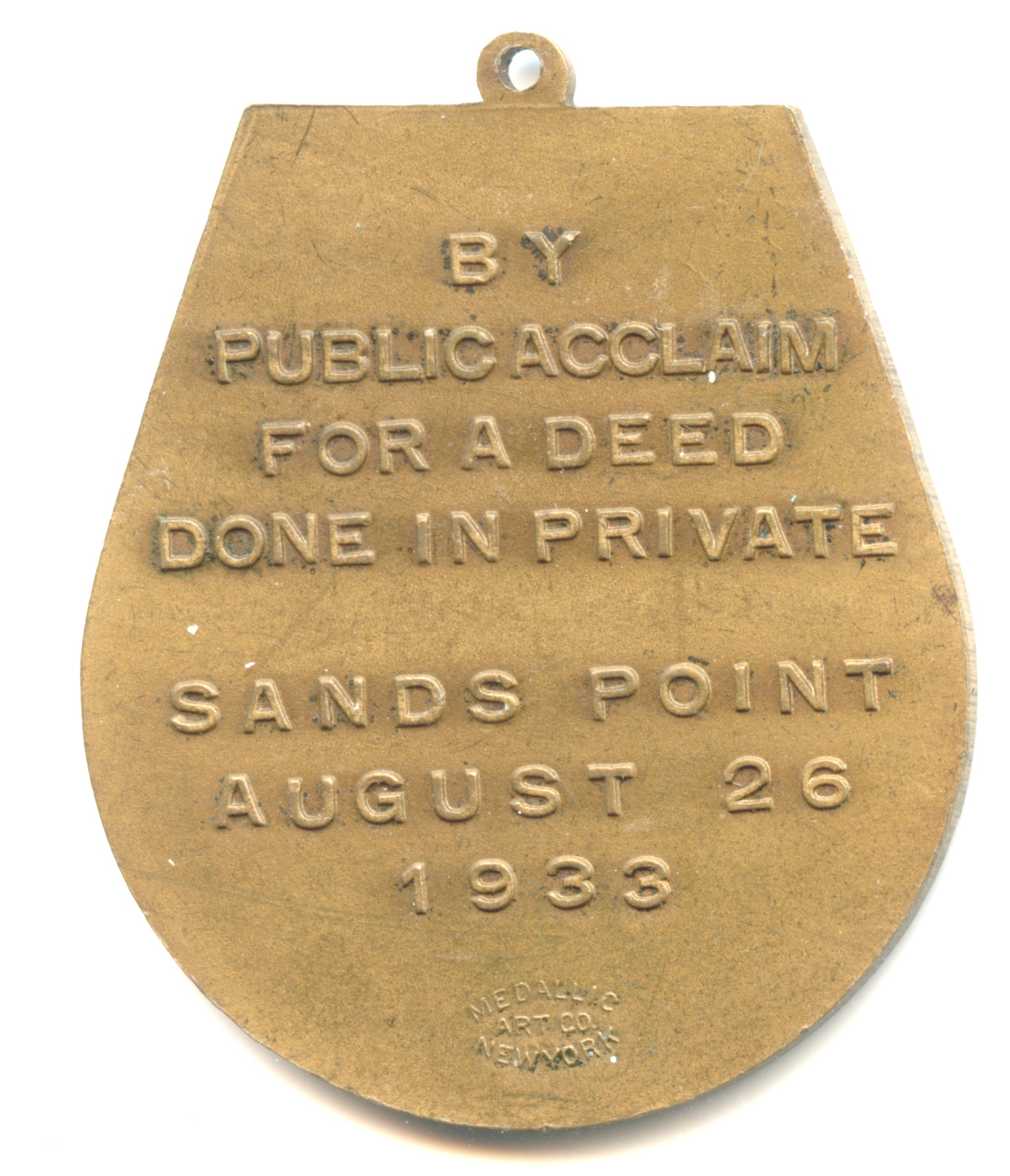 The reverse of the 1933 Huey Long “toilet seat” medal.

About the medal: Recently I thought I’d better own one, so I bid in Presidential Coin & Antique Co.’s June 2012 sale and was the winner, for $425, of the medal shown here. Lots of fun!