Counterfeiting and Technology: A History of the Long Struggle Between Paper-Money Counterfeiters and Security Printing will be published by Whitman in the summer of 2016.

Since mid-2015 I have had the pleasure of working on a very special project, and now its release is just around the corner. Counterfeiting and Technology by author Bob McCabe is a long-awaited narrative in the world of paper-money accounts. It is an adventurous monument to the history of paper money, and most importantly, to the technology that created it.

Found within are tales spanning from the first paper money ever known to be printed during China’s Tang dynasty to the technology’s journey from East to West. Readers will learn step by step about the art and advancement of line engraving, mechanical engraving, paper-making, ink-making, natural anti-counterfeiting measures, and the modern security printing that goes into making bank notes what they are today.

The chemistries of all the inner-workings of printing are laid out alongside diagrams of printing presses through the ages, from early models to advanced machines that turned out thousands upon thousands of notes during the 19th century. What’s more, these machines are carefully explained so that their functions are easily understood, bringing a whole new life to the paper we use on a daily basis and take for granted without considering its history and evolution. The advancements that finally led to the bank-note–company era, particularly in England and in the United States, are brought forward so that their contributions too can be listed, from small companies to the large “merger” of the American Bank Note Company after 1858. Any student of paper money should have this book to better understand the very foundation of the pieces of history they collect.

But this is not a tale exclusively for the scientifically minded, although those searching for scientific analysis will not be in want. The book is bisected into processes and people, the art of paper making, and those who did the work—including the imaginative and determined rogues who pushed further and further in the art of counterfeiting. In this sense Counterfeiting and Technology is truly an adventure tale, all the more exciting because the stories that are explored within actually happened.

Often the very men who attempted to counterfeit the currency of the time pushed innovators to greater refinements, always seeking designs and securities that fell in line with the highest form of the art. Now, their stories and advancements are captured by author McCabe, who takes readers through early colonial counterfeiting—when counterfeiting could cost a flogging, the loss of an ear (or two), or even death—into the modern day, focusing on the 1800s when the most notorious fraudsters in terms of boldness and technique were at work.

In vivid detail McCabe explores the lives and histories of the men who made ingenious advancements to the chemistry and mechanics of America’s paper money. Anecdotes of daring escapes, chases, undercover investigations, and bold court defenses intermingle with the inception and escapades of the Secret Service and the Bureau of Engraving and Printing. Fraudsters, mostly unknown or unrecognized for their own dishonest cleverness, are finally brought to light by portraits from the National Archives and the U.S. Secret Service Archives. These rarely-before-seen criminals are placed alongside pictures of Bureau and Secret Service directors, as well as full-color illustrations of the time.

Comparisons between genuine and counterfeit bills and explanations as to what methods the counterfeiters used to do their work are recalled with such acumen that one could believe the author was actually there, interviewing the men themselves. “There are both villains and heroes in this story, and each played a role in advancing the technology of paper money,” McCabe writes. “I think there is a real need for a single-reference work that sets down the basic facts of how the bank-note industry was created and evolved in the last century to become a sophisticated technology producing notes of high artistry.”

Also included are detailed appendices listing the directors of the Bureau of Engraving and Printing from 1862 to 1921, aliases used by counterfeiters, and bank-note and security-printing patents from 1790 to date … and much more. A detailed bibliography directs readers to other sources that address technology and counterfeiting, but none which so wholly and comprehensively address this great tale in one volume.

Counterfeiting and Technology presents the history of paper money the way it’s never been seen before—chemistry and artistry, inventions and innovations, and daring tales of arrest and escape. At 480 pages, this engaging and informative narrative will certainly delight historians, numismatists, and adventure lovers.

Sample pages from Counterfeiting and Technology are included below: 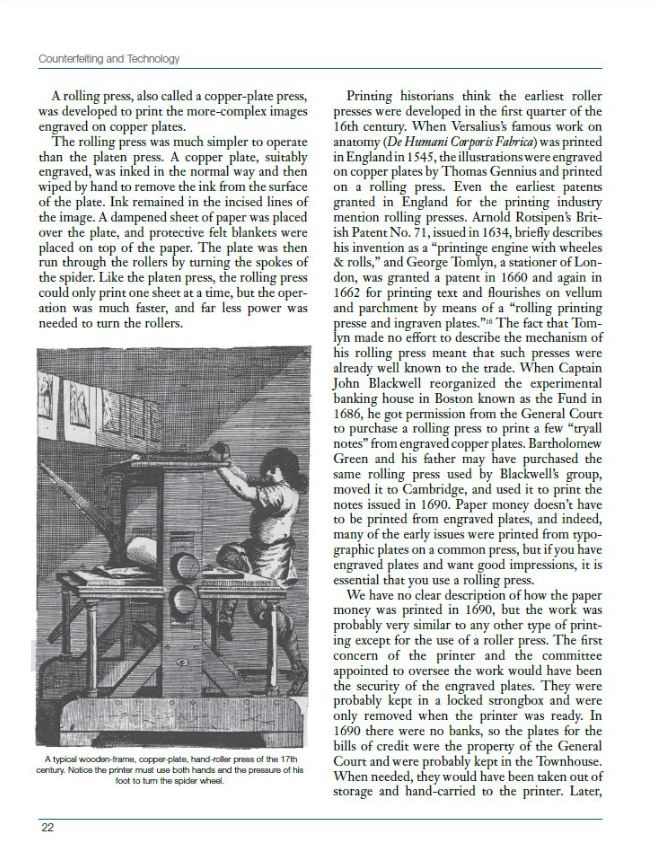 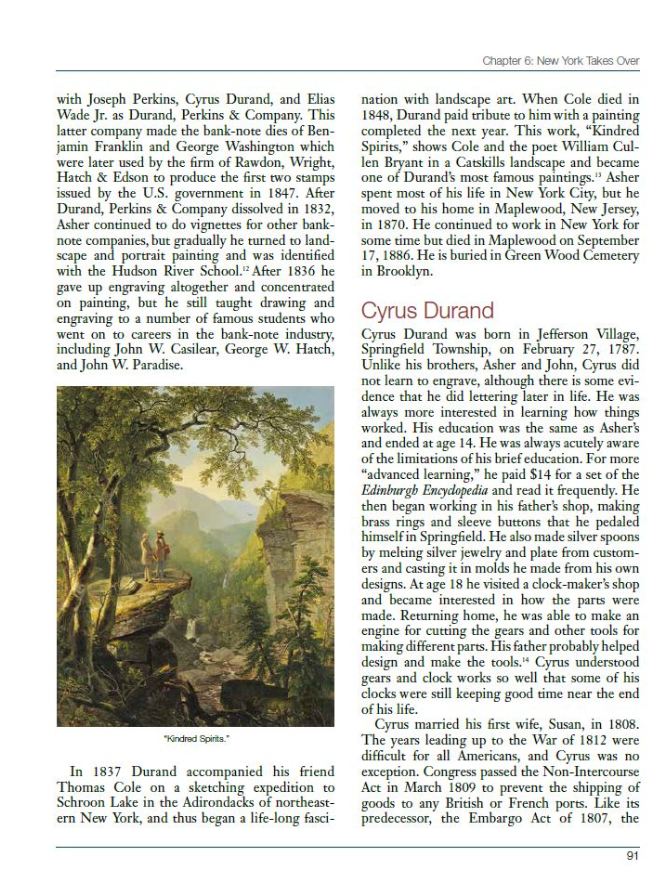