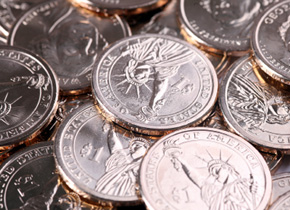 On January 24, 2013, Sen. David Vitter of Louisiana introduced a bill which seeks to terminate the Presidential $1 Coin Program. He had introduced an identical bill in the last session of Congress, however since that time the circumstances of the program have significantly changed.

During 2011, the Presidential $1 Coin Program had come under a great deal of scrutiny following media reports about a growing hoard of $1 coins held in storage at Federal Reserve Banks. The build up was an unintended consequence of a requirement for the Reserve Banks to make each release of the program available to depository institutions in unmixed quantities during an introductory period. For each of the four annual releases, financial institutions would order quantities that they deemed necessary to meet the needs of their customers. When many of these coins went unused or ultimately redeposited, they would be returned to the Federal Reserve Banks.

By June 2011, Federal Reserve Banks held a hoard of more than 1.2 billion of the $1 coins and faced impending costs of $3.65 million to construct a new storage facility and ship the coins to the new location. Following the report, several bills were introduced in Congress which sought to either curtail or terminate the Presidential $1 Coin Program. Among these was a bill introduced by Sen. Vitter, which would to terminate the program by striking the relevant subsection from the United States Code.

Ultimately, the issues related to the build up of Presidential Dollars would be addressed in December 2011 when the Treasury Department announced the suspension of production for circulation. The coins would only be minted in quantities necessary to fulfill demand from collectors.

Following the announcement, Sen. Vitter proclaimed a victory and provided the following statements in a press release:

“This is a big victory in the fight against mindless government waste, because these coins are a textbook case of wasteful spending – something Americans just don’t want or need. More than 1.4 billion of these coins have been sitting around unwanted and unused, just taking up space in the Federal Reserve’s vaults and costing taxpayers millions more dollars to store and secure them. I introduced a bill earlier this year with bipartisan support to end the presidential dollar coin and I’m glad the Obama administration has finally listened to those of us in Congress who have been arguing for this common-sense move.”

Since this suspension came into effect, the mintage levels for Presidential Dollars have plunged, with the limited production released exclusively within numismatic products sold to collectors at a premium to face value.

Despite the dramatic change in circumstances and the previous declaration of “victory,” the new bill introduced by Sen. Vitter still seeks to terminate the Presidential Dollar Program by striking the relevant subsection of the Code.

None of the previous arguments for termination seem applicable to the current situation. The coins are now produced in only the quantities which Americans actually want, the build up of excess coins in storage has stopped, and the coins are sold to the public at a premium price. It is difficult to see any government waste in what has become a purely profitable endeavor.

After being introduced on January 23, the new bill S. 94 has been referred to the Committee on banking, Housing, and Urban Affair. The bill has no cosponsors.