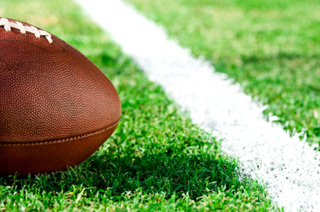 On April 18, 2013, Rep. James Renacci of Ohio introduced a bill in the House of Representatives which seeks to require the Treasury of the Secretary to mint coins in recognition and celebration of the Pro Football Hall of Fame.

The Pro Football Hall of Fame opened in Canton, Ohio on September 7, 1963 with a charter class of 17 players, coaches, and contributors enshrined. Through 2012, there were 273 members enshrined. The Pro Football Hall of Fame has welcomed nearly 9 million visitors since its opening and houses the world’s collection on professional football including more than 20,000 three dimensional artifacts, more than 20 million pages of documents, and nearly 3 million photographs.

In the 112th Congress (in 2012), Rep. Renacci had also introduced a bill seeking Pro Football Hall of Fame Commemorative Coins. Despite having 294 cosponsors and passing in the House of Representatives, the bill failed to become law.

The text of the recently introduced bill H.R. 1653 is not yet available, however it presumably contains provisions similar to the bills from the 112th Congress, as well as a bill introduced earlier this year in the Senate.

Congress has already authorized commemorative coins in recognition and celebration of the National Baseball Hall of Fame, which will be issued during 2014. The reverse design for the baseball coins will be selected through a competition open to the public, and the coins will feature a concave obverse and convex reverse to closely resemble a baseball.