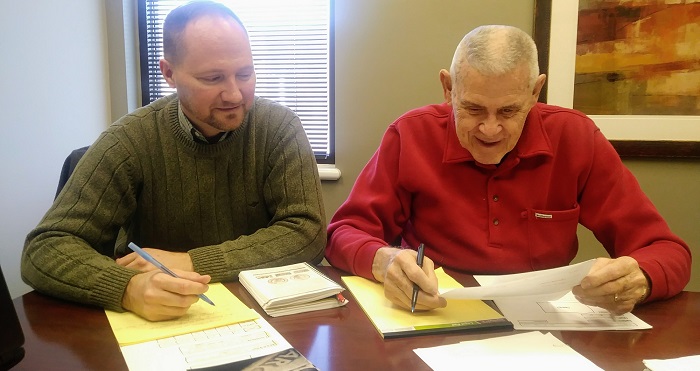 (Pelham, Alabama) — Bill Fivaz, coauthor of the Cherrypickers’ Guide to Rare Die Varieties of United States Coins, will give an overview of today’s hobby and the market at the American Numismatic Association’s National Money Show on February 27, 2020, in Atlanta.

“Cherrypicking” is the act of examining coins that appear normal at first glance to find ones that have unusual characteristics—overdates, doubled and tripled dies, misplaced mintmarks, and similar features—that reveal them to be scarce and valuable.

Fivaz, accompanied by Whitman publisher Dennis Tucker, will highlight some of the most popular new varieties that will be in the next Cherrypickers’ Guide. The focus of their talk will be Bust, Liberty Seated, and Barber silver coins, plus modern dimes, quarters, and half dollars from 1916 to date, silver dollars, clad dollars, gold coins, commemoratives, and coins struck for the Philippines under U.S. sovereignty.

Tucker called the presentation “A treat for everyone who dreams of finding a rare coin and cherrypicking it for a common-coin price.” Fivaz will answer these questions: “What are collectors today excited about? What has recent research revealed? What valuable treasures are waiting to be discovered?”

Bill Fivaz, a coin collector since 1950, has earned recognition as one of the country’s most respected authorities on numismatic errors and die varieties. He is a longtime contributor to the Guide Book of United States Coins (the “Red Book”). With the late J.T. Stanton, he coauthored the first Cherrypickers’ Guide in 1990, launching the modern boom in interest in die varieties.

The Cherrypickers’ Guide uses close-up photographs and text descriptions to show collectors what to look for in die varieties. The sixth edition, volume II, is being edited by professional numismatist Larry Briggs. Its publication is scheduled for 2020, the 30th anniversary of the first edition’s release.

The American Numismatic Association is a nonprofit organization dedicated to educating and encouraging people to study and collect coins, tokens, medals, paper money, and related items. The Association serves the academic community, collectors, and the general public with an interest in numismatics, through its vast array of educational programs including its museum, library, publications, conventions, and seminars. The ANA website is accessible here.