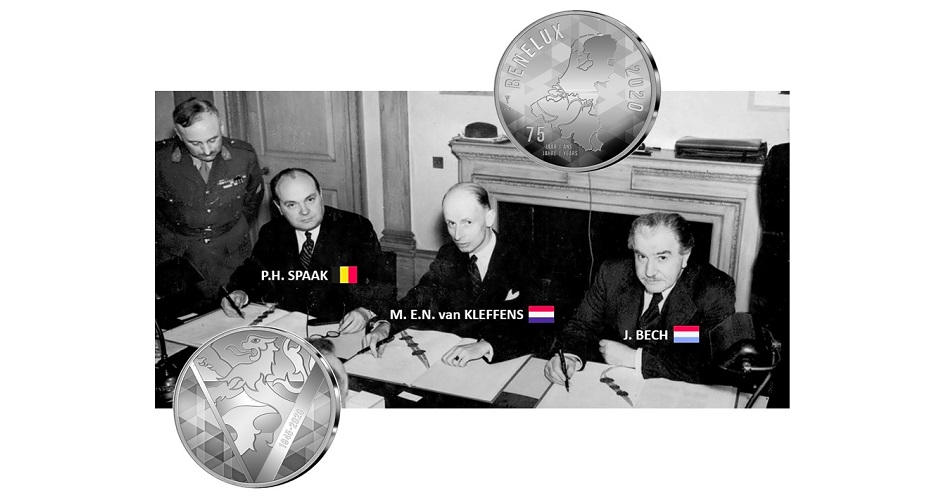 A three-nations Brilliant Uncirculated mint set has been assembled by the Issuing Authorities of the Belgian Finance Ministry, the Dutch Finance Ministry, and the Luxembourgish Treasury in remembrance of the 75th anniversary of the Benelux Customs Union, which was organised between the three countries. During the Second World War, the foundation and firm plans were already in place for future peace and freedom in the Lowlands. While still in exile, on the 21st October 1943, Ministers Spaak of Belgium, Van Kleffens of the Netherlands, and Bech of Luxembourg, signed the monetary agreement that would lead to the creation of Benelux, and which, in turn, would serve as a source of inspiration for the later European Coal and Steel Board, the European Economic Community (EEC) and ultimately the European Union (EU). It was these three countries which foreshadowed and provided the model for future European integration.

Belgium, the Netherlands, and Luxembourg have their own Memorial Day to honour the end of both World Wars. In Belgium, this is on the 11th November, which is Armistice Day of the First World War. In the Netherlands, it is on the 4th May, which is Liberation Day of the Second World War, and in Luxembourg, this is on the 10th October, or the Sunday closest to this date and which remembers the country’s independence and resistance of German absorption during the Second World War. 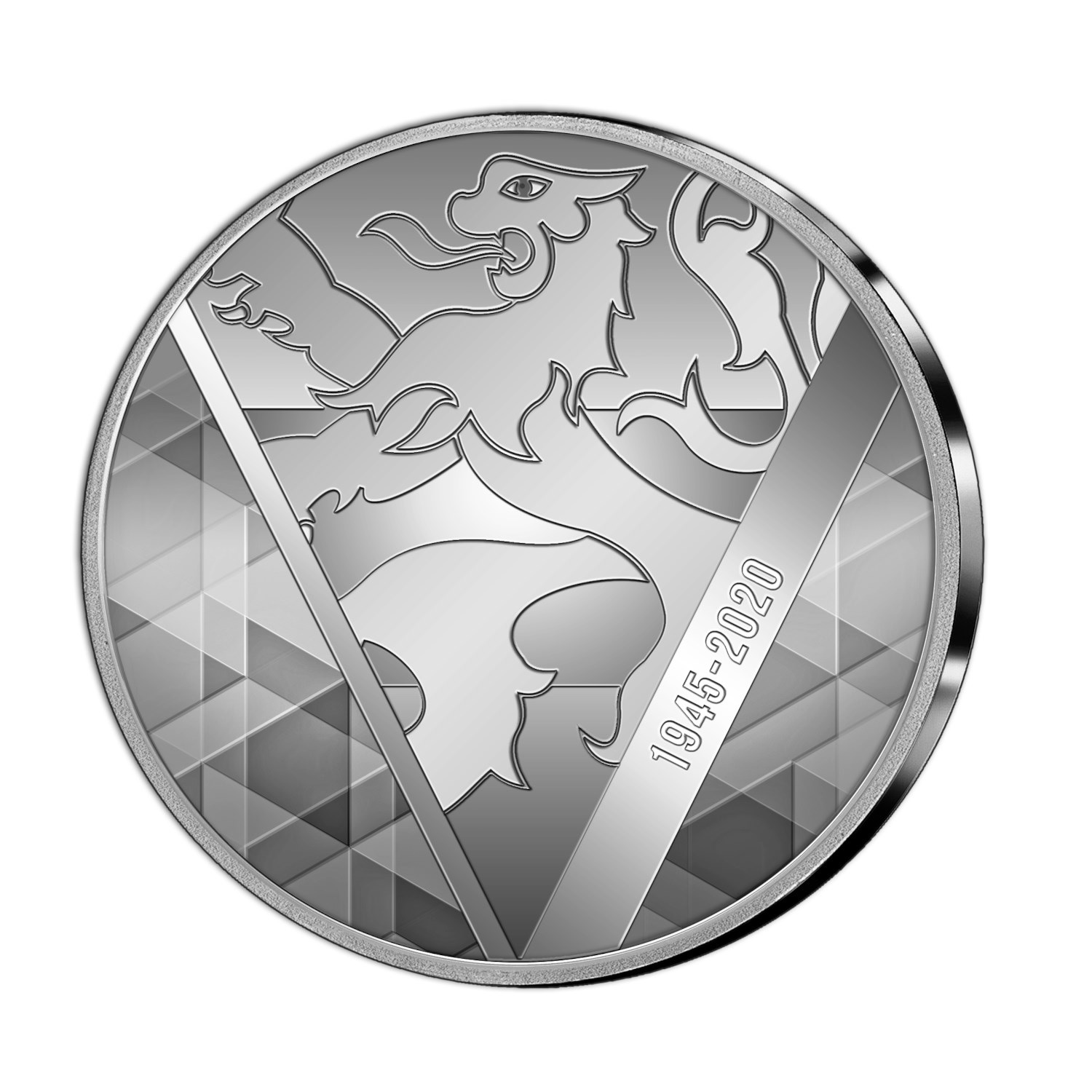 The Royal Dutch Mint strikes all coins at their new facilities in Houten, Netherlands. The set contains all eight Euro-zone coins issued during the year 2020 from the Kingdom of Belgium, with all eight denominations depicting the effigy of HM King Philip. 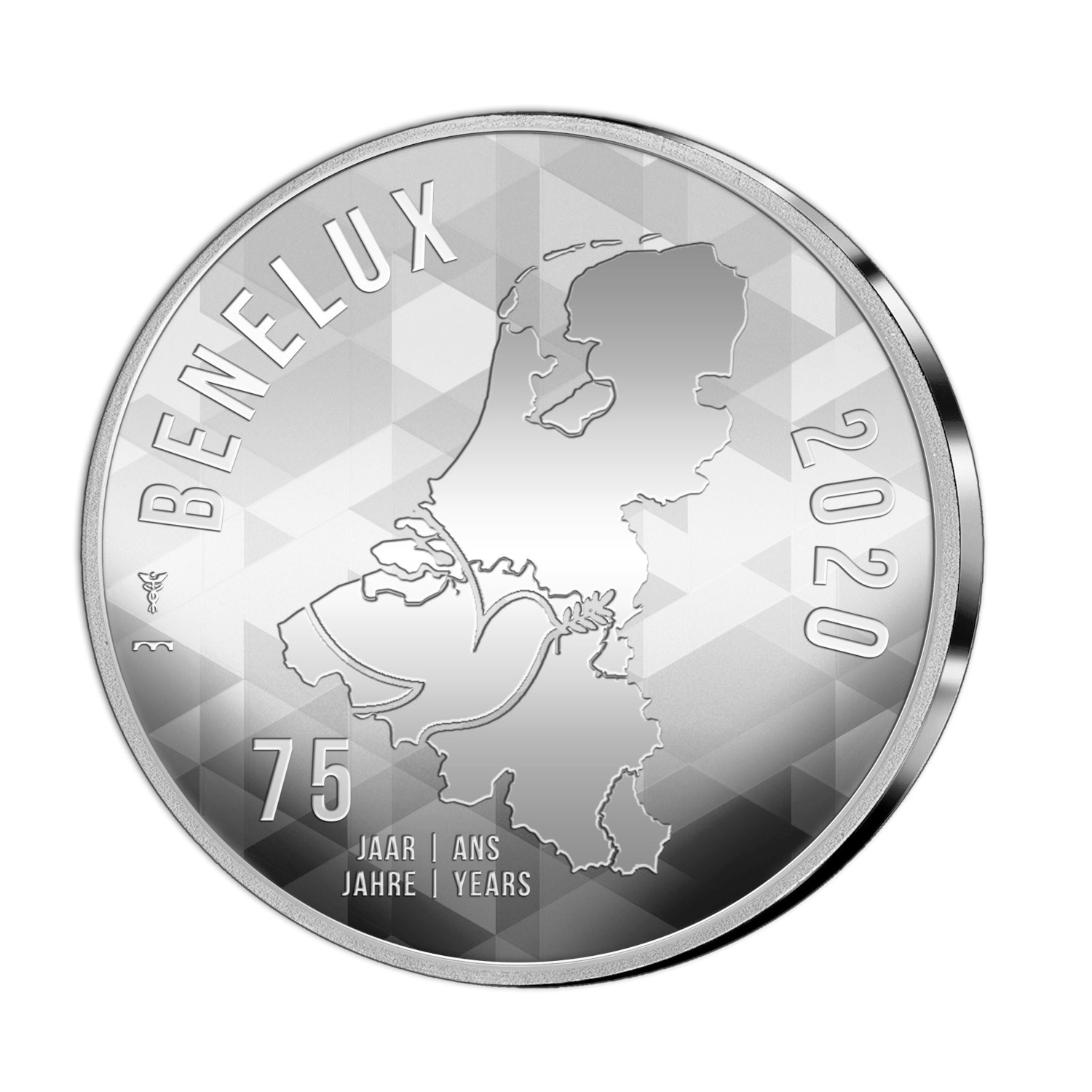 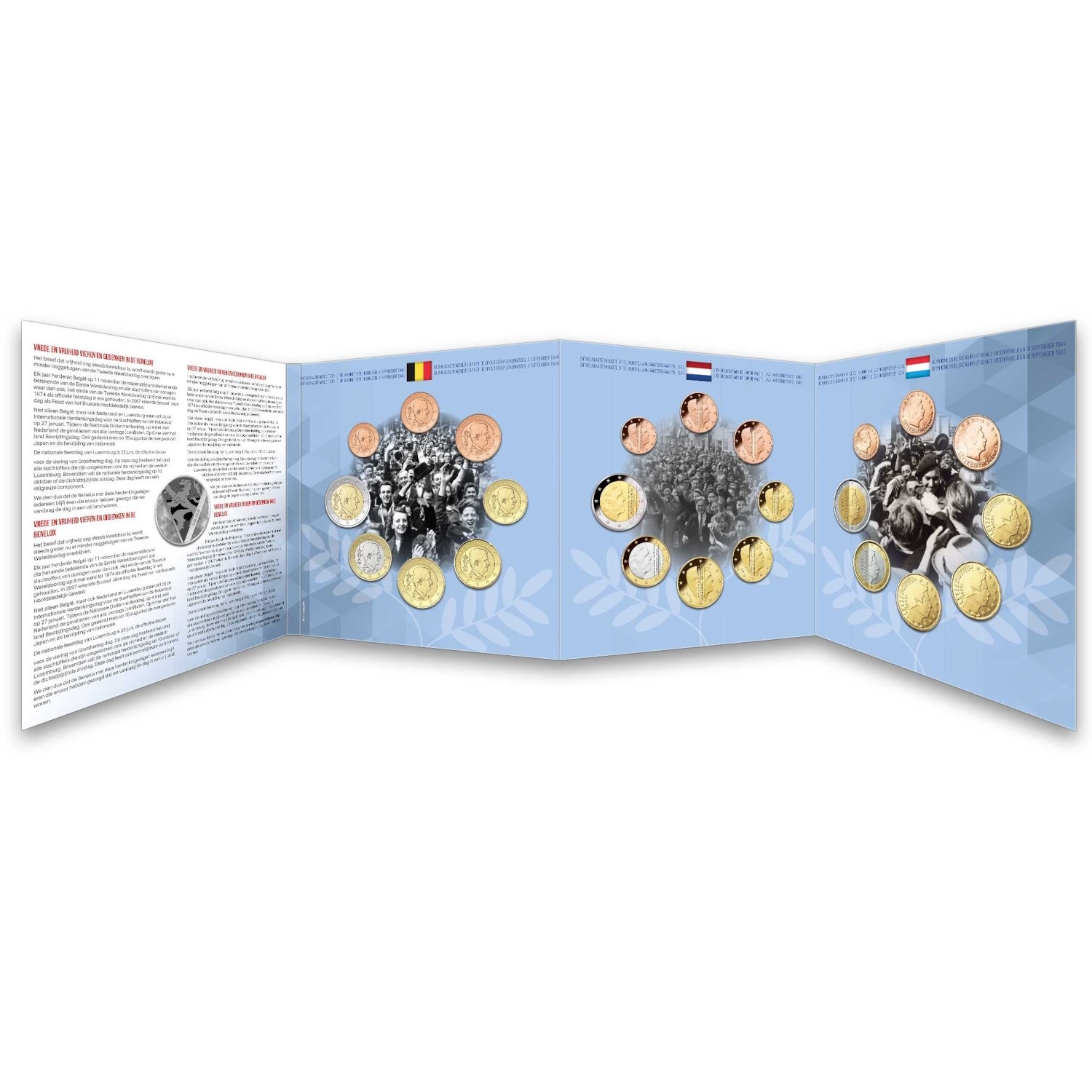 This 2020-dated mint set also includes an exclusive cupro-nickel medal with a diameter of 30 millimetres struck for this special anniversary. On the obverse side of the medal is the letter “V” for “Victory,” the years 1940 – 1945, and the Benelux lion shown on the unofficial Benelux flag. On the reverse is a dove of peace with olive branch flying over the three Benelux countries, displayed on a beautiful grid landscape. The text Benelux 2020 and the text 75 years are displayed in Dutch, French, German, and English. 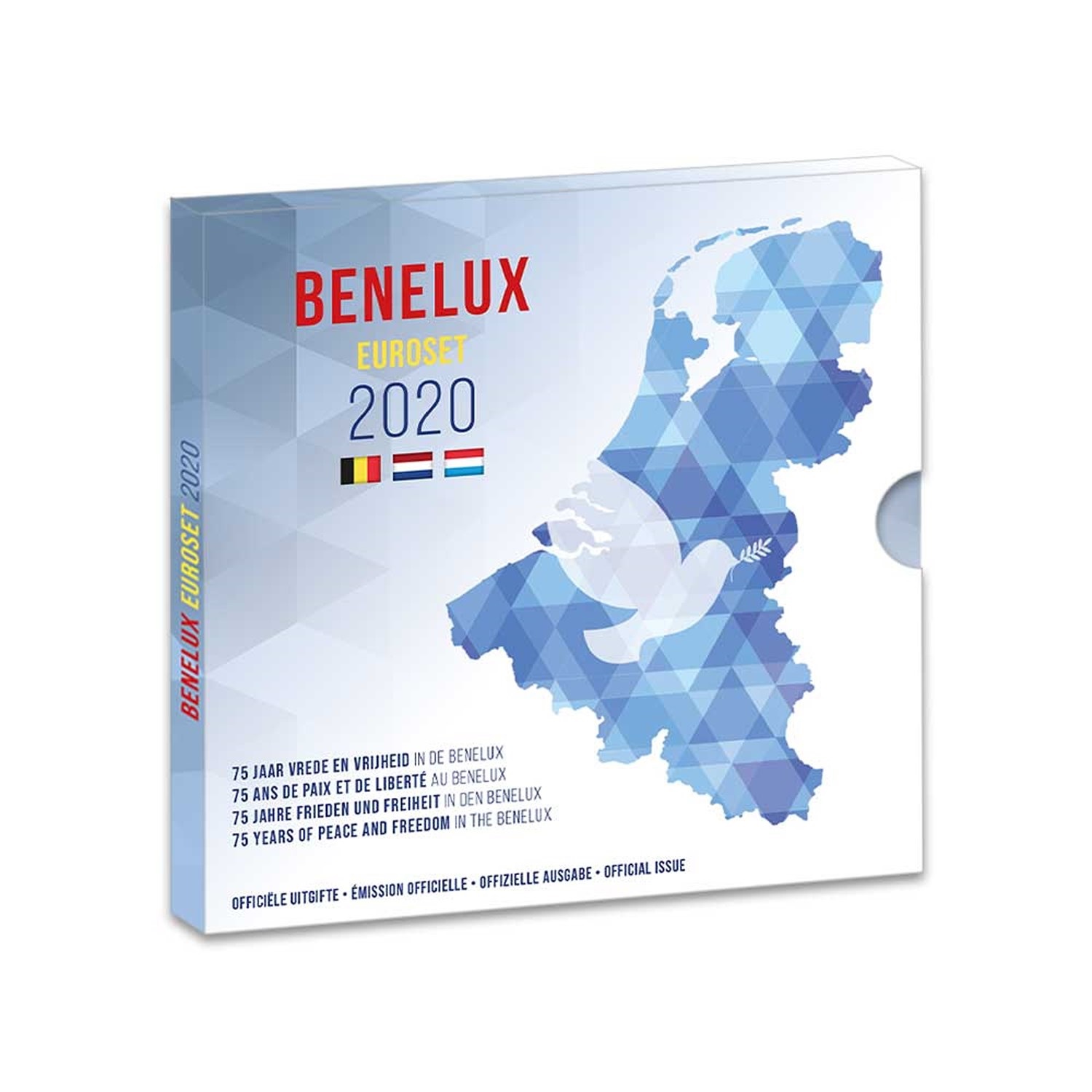 Supplied in numbered packaging with background information on the theme, the set is available from October 2020 and can be ordered for dispatch at that time. For additional information, please visit the website of the Royal Belgian Mint.