The reverse features a depiction of the Belogradchik Rocks and inscriptions ‘БЕЛОГРАДЧИШКИ СКАЛИ’ (Belogradchik Rocks) and ‘ПРИРОДЕН ФЕНОМЕН’ (natural phenomenon). The coin was designed by Vanya Dimitrova. 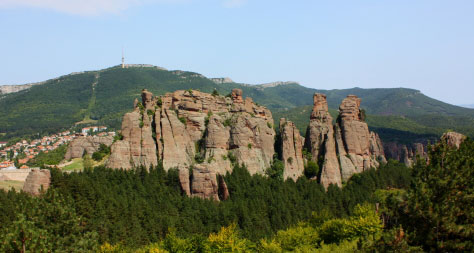 The Belogradchik Rocks are a group of rock formations located on the western part of the Balkan Mountains near the town of Belogradchik. The rocks feature many fantastic shapes in a variety of colors and are associated with different legends and stories. The rocks have been declared a National Landmark by the Bulgarian government.