On Belgium’s national day, King Albert II formally abdicated his throne in favor of his eldest son, Prince Philippe, the Duke of Brabant in front of representatives from the national parliament as well as the French, Flemish and Brussels assemblies.

King Albert II, who has been Belgium’s king since August 1993 after succeeding his elder Brother King Baudouin, announced on the 3rd July that he intended to abdicate his position on Belgium’s national day after consultation with his Privy Council and ministers within the government. In the chamber of deputies of the National Palace in Brussels, King Albert II signed his declaration of abdication in the presence of the Prime Minister and other members of the cabinet. Members of the royal family in attendance included Queen Paola, consort to the King, Crown Prince Philippe as well as the crown Princess Matilda. 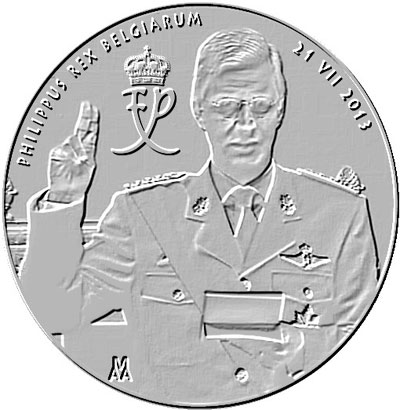 After the signing of the abdication declaration, the two royal couples, members of the royal family and members of the government attended a church service, commemorating both Belgium’s national day as well as a blessing on the new King & Queen. The entourage then proceeded to the Parliament where, in front of the current sitting members and cabinet ministers, the new King took the oath of office swearing to uphold the country’s independence, its constitution and defend its territory by raising his right hand and reading out the oath itself. The new King will be known as His Majesty, Philippe, King of the Belgians, his father will be referred to as King Albert II of Belgium. The abdication of King Albert II was the second to have taken place in Belgian history, King Albert’s own father himself abdicated in 1951 in favor of his eldest son Baudouin – whom Albert succeeded in 1993. The Belgian Monarchy was established in 1831 after the formation and independence of the country from the Netherlands the year earlier.

We will have complete information from the Royal Belgian Mint about the upcoming commemorative coins celebrating the succession of King Philippe. It has been confirmed that King Philippe will not use a regal numeral after his name in the same fashion as his uncle King Badouin.