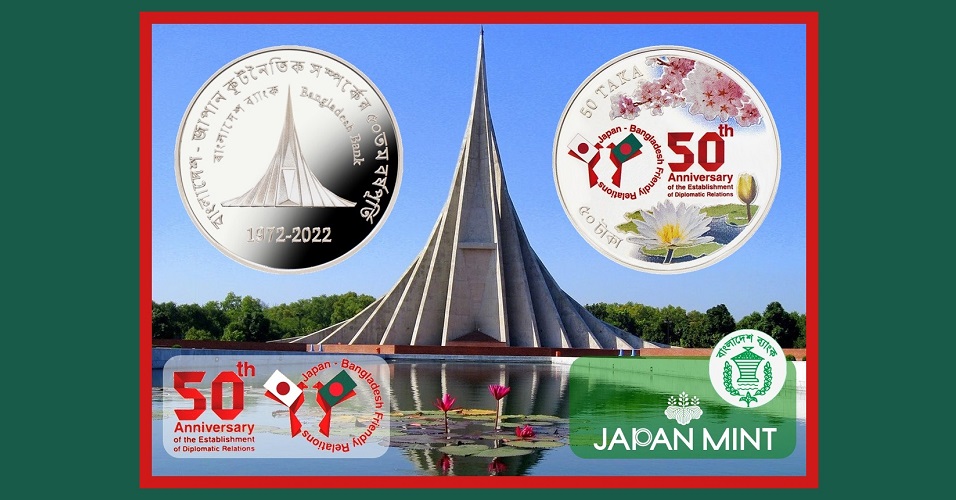 The Bangladesh Bank has released new commemorative coins marking the 50th anniversary of diplomatic relations between Dhaka and Tokyo, which were established shortly after independence. The country that emerged from the region, formerly known as East Pakistan, declared its independence from Islamabad on the 26th March 1971, and was formally achieved and internationally recognised on the 16th December the same year. With their new capital city situated in Dhaka, the government sought to establish diplomatic relations as the People’s Republic of Bangladesh, with the new state being recognised by 86 countries, the government of Japan being among one of the first to do so. Bangladesh’s 50th anniversary of independence was celebrated last year on the country’s official day, 26th March. 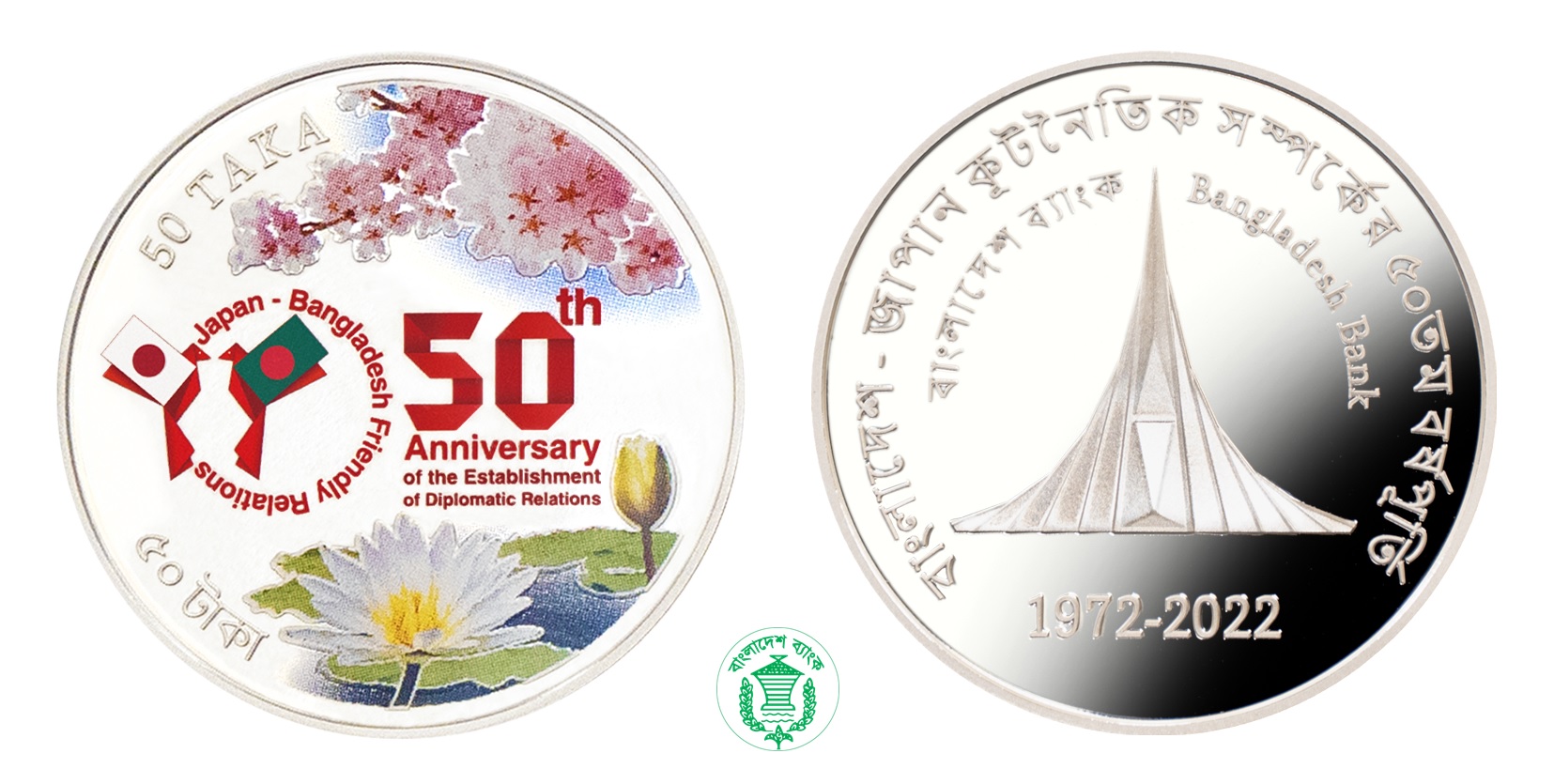 The coins are produced by the Japan Mint at their facilities in Tokyo, on behalf of the Bangladesh Bank. The obverse side features the official logo of the 50th anniversary of the establishment of Bangladesh-Japan diplomatic relations. Also featured are sprigs of cherry blossoms, representing Japan, and the water lily, which is the national flower of Bangladesh. Along the left edge is the coins’ denomination of 50 TAKA in both English and Bangladeshi script. The reverse side depicts, in the centre, the National Martyrs’ Monument of Bangladesh, inaugurated in the memory of those who died in the Bangladesh War of Independence of 1971. The commemorative script above the memorial denotes the 50th anniversary of diplomatic relations between Bangladesh and Japan, as well as denoting the coin’s issuer, the Bangladesh Bank, in both English and Bangladeshi. Below the memorial are the commemorative years 1972–2022. 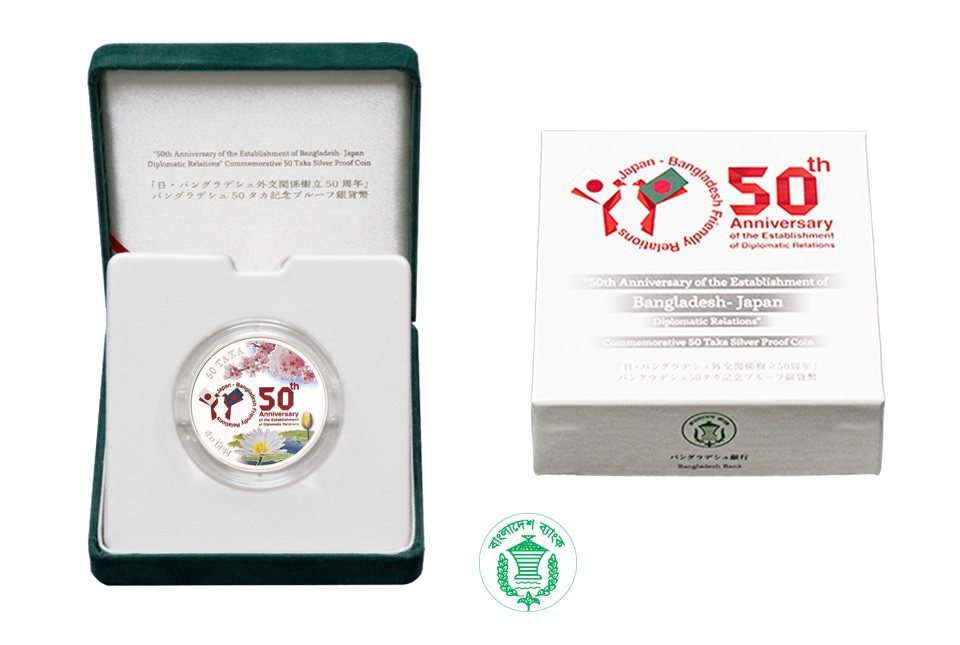 Each coin is encapsulated and presented in a custom case embossed with the Bangladesh Bank’s logo and accompanied by a certificate of authenticity. For additional information about this coin and other coins available from the bank’s retail department, please click here.

* 3,000 pieces of the mintage are sold by the Bangladesh Bank in Bangladesh.

For information about this coin from Japan Mint’s international distributors, please click here.