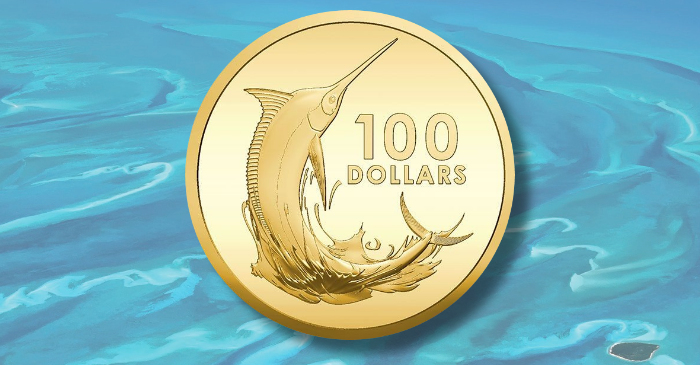 The Central Bank of the Bahamas has announced the imminent issue of two new bullion-quality gold coins, though with very limited mintages. The 2019-dated coins are the second year in which the Central Bank has launched gold coins, and due to their limited quantity, have been seen as collector’s pieces. For 2019, there are two sizes/weights, whereas last year’s release included a one-ounce gold option.

The coins are produced by the Royal Mint at their facilities in Pontyclun, Wales, on behalf of the Central Bank of the Bahamas. 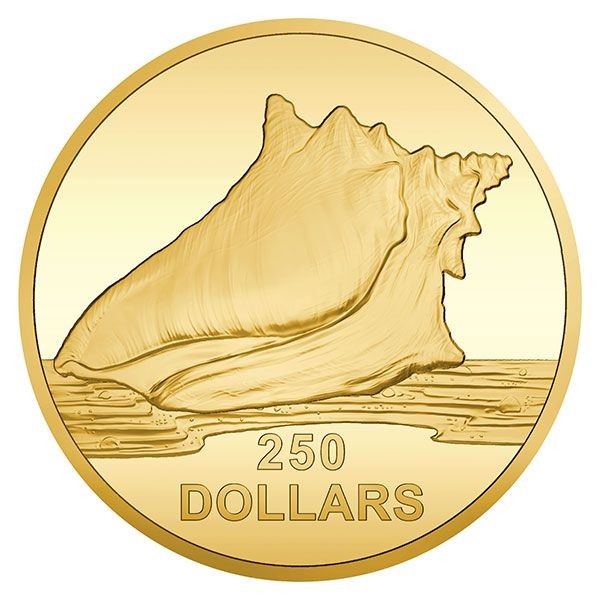 250 dollars: The obverse side depicts the design, which includes a conch shell washed up on a shoreline. The denomination of 250 DOLLARS is placed below the primary design. 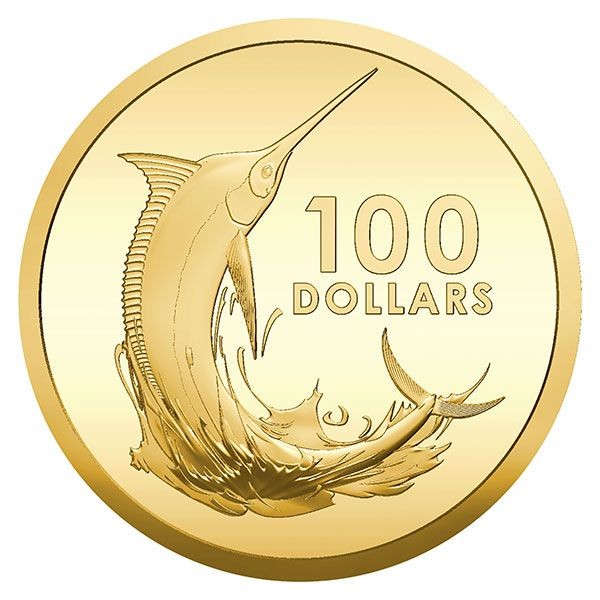 100 dollars: The obverse side depicts a blue marlin swordfish as it emerges from the water, splashing waves shown in the depiction. This design was the motif depicted on last year’s $250 one-ounce gold issue. 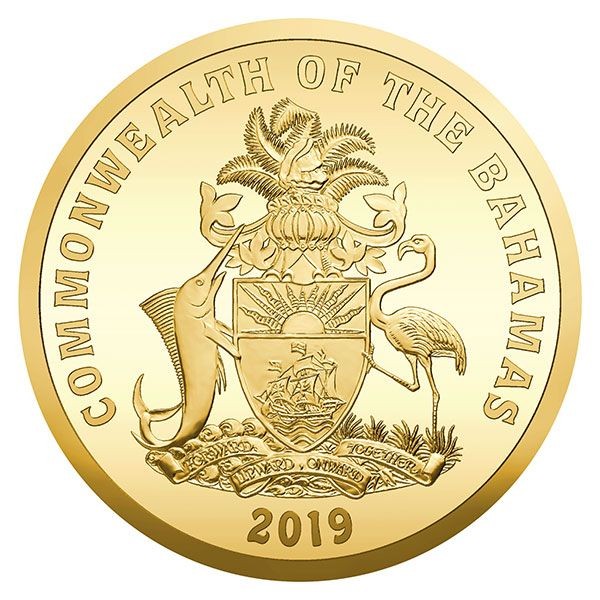 The reverse design on both coins includes the Bahamian coat of arms that depicts both a blue marlin and flamingo on either side of the Bahamian shield. The motto FORWARD UPWARD ONWARD TOGETHER is placed below the shield. The crest is centred with the inscription COMMONWEALTH OF THE BAHAMAS placed along the coins’ upper edge.

The coins are available from the 3rd December and are retailed directly from a selection of bullion dealers in the Bahamas. For additional information, please visit the website of the Central Bank of the Bahamas.

Please note, the Central Bank of the Bahamas does not sell bullion-related coins directly to the public.