The Mint of Austria has released new collector coins in time for the Easter celebration. Annual coins issued since 2002 have become a firm favourite this time of year for gift-giving. Few animals have had a more significant impact on humans than the horse. Its power, beauty, and sensitivity also make the horse one of […] 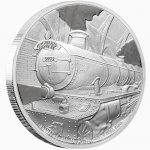 The treasury of Niue has released the second coin in their recently introduced series based on the immensely successful stories of Harry Potter. Based on the books written by J.K. Rowling, the tales have travelled the world over, creating a franchise resulting in merchandising, record-book sales, and, of course, an astounding eight motion film blockbusters […] 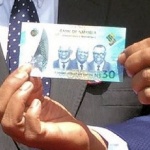 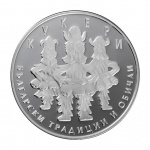 The Bulgarian National Bank has issued new silver Proof collector coins entitled “Bulgarian Traditions and Loves,” which feature a most unusual national custom, kukeri. Uniquely Bulgarian by custom and practice, it is believed that today’s Bulgarian masked good-spirited play-acting has its origins to the pre-nuptial rites practised by the ancient Thracians. In most parts of […] 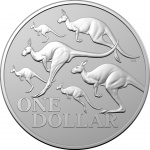 The Royal Australian Mint has launched their latest silver Kangaroo-themed coins which features one of the country’s more iconic and instantly-recognised Australian wildlife symbols. Begun in 1992, the Kangaroo series has been a popular release from the Royal Australian Mint and is especially poignant today. Taking into consideration the sheer number of red kangaroos that […] 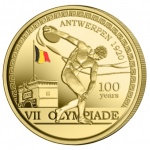 The National Bank of Belgium has issued new collector coins which commemorate the country’s first and only time they hosted the Olympiad. Being the first Olympic Games held since the conclusion of the Great War, the Belgian city of Antwerp was chosen to offer some compensation after the misery the whole of the country had […] 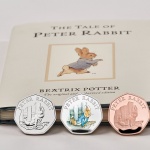 The Royal Mint has announced (19th March) the return of one of the most famous and best-loved children’s literary characters, Peter Rabbit, onto UK commemorative 50-pence coins for one last time. Beatrix Potter’s character, Peter Rabbit, features for the fifth and final time on British 50-pence commemorative coins with a new design for 2020. First […] 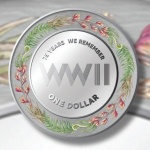 The Reserve Bank of New Zealand has launched (17th March) new double-crown collector coins which are in remembrance of an important anniversary that will be celebrated not only in New Zealand but around the Commonwealth and worldwide. This year, 2020, marks the 75th anniversary since the end of World War II. For nearly six years, […] 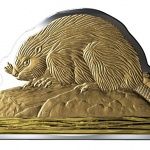 The Royal Canadian Mint has released the first design in a new six-coin series which features the motifs found on the country’s currently circulating reverse designs. These popular and familiar designs were first included on Canadian circulation coinage in 1937 with the release of new coins produced in time for the start of the reign […] 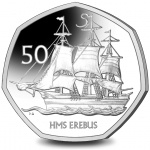 The treasury of the British Antarctic Territory has released (12th March) new commemorative coins in recognition of the 220th birthday of British explorer Sir James Clark Ross (1800–1862), who is credited with his detailed expedition to the Antarctic coastline. Fortunately, the two ships were constructed as bombs vessels, which meant they both had solid hulls […]