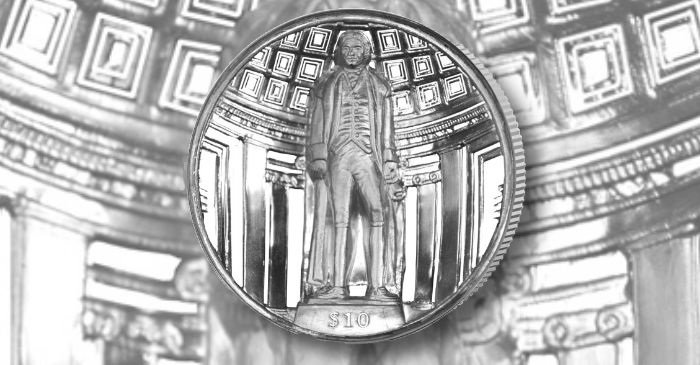 The government and treasury of the British Virgin Islands have issued new crown coins which are in tribute to America’s third president who is also remembered as the author of the Declaration of Independence, considered one of the most important documents ever written in human history. 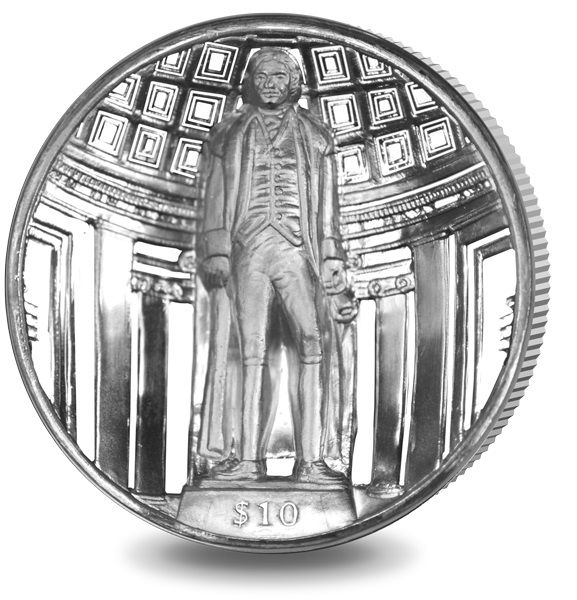 The coins, which are produced using an inward-domed and ultra-high relief minting process resulting in piedfort strikes, are produced by the Pobjoy Mint at their facilities in Surrey on behalf of the treasury of the British Virgin Islands. The reverse side of these Proof-quality silver crowns depicts an exceptionally detailed interior view of the Jefferson Monument, which is located in Washington D.C. and was designed as a neoclassical building. The bronze statue of Jefferson was added to the interior of the domed memorial in 1947 and stands at 5.8 metres tall (just over 19 feet) and weighs 4,336 kilos (9,550 pounds). It is this bronze statue which is the centrepiece of the coin’s primary design and has been struck using an inward-domed process to give the impression of this amazing sculpture inside a dome. In the memorial, the words “I have sworn upon the altar of God eternal hostility against every form of tyranny over the mind of man,” are inscribed below the dome, part of which can be seen on the coin. This sentence is taken from a letter written by Jefferson in 1800. The panels of the walls, which are indicated on the coin, feature extracts from the Declaration of Independence. 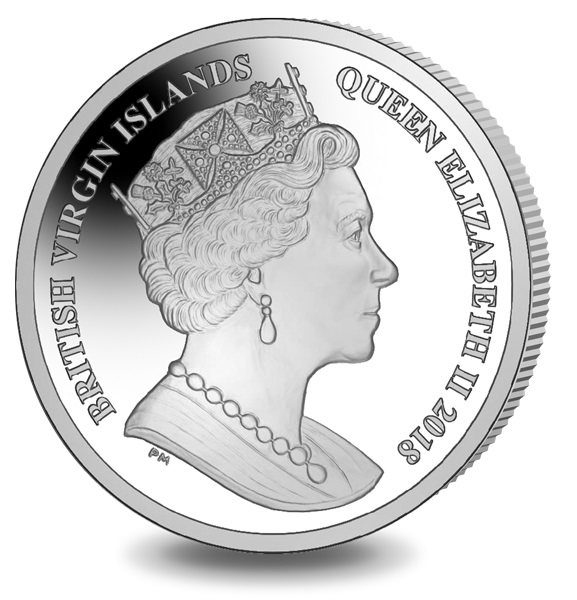 The obverse of the coin features an effigy of Her Majesty Queen Elizabeth II, which is an exclusive portrait of the Pobjoy Mint. The country of issue and year of issue are included on the obverse and in the legend around the coin’s portrait.

The fine silver coin is protected by an acrylic capsule and packaged in a custom polished walnut wood-effect box which includes an individually numbered certificate of authenticity. For additional information about this coin and others issued by the government and treasury of the British Virgin Islands, please visit the website of the Pobjoy Mint.