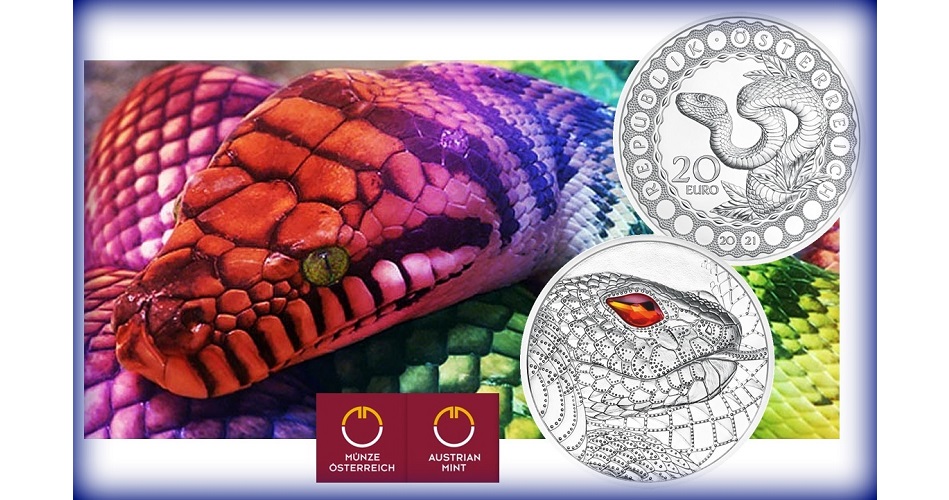 The Mint of Austria has launched (4th January) a new five-coin collector series which brings together extraordinary animals, as each one portrayed embodies exceptional quality, one from each inhabited continent. Every animal possesses a special characteristic for which it was praised in the myths of previous cultures.

This first coin in the series “The Eyes of the World” features Australia’s mythical rainbow serpent, which was considered the creator of the world by Australian aborigines who believe that a rainbow serpent was God’s messenger, teaching moral and spiritual laws. These laws also helped the aborigines adapt to harsh Australian environments. As a power animal, it stands for creativity. According to Aboriginal Australians from myth and narrated tales from generation to generation, the rainbow serpent brings order, clarity, and meaning to a chaotic, dark, and mysterious world. Of particular interest is the rainbow serpents’ ability to reproduce on its own. As it can shed its skin, it is also believed the serpent stands upright for recreation and among mythical creatures this serpent is regarded as the most creative one.

Designed and engraved by Helmut Andexlinger and Anna Rastl of the Austrian Mint, the coin’s obverse features an illustration of a snake slithering out of some foliage. This is bordered by a dotted pattern reminiscent of an Aboriginal Australian dot painting. Included in the design are the coin’s issuing authority, REPUBLIK OSTERREICH, and the year of issue, 2021, along with the denomination of 20 EURO. The coin’s reverse is dominated by a large stylised snake head. The snake’s eye is made from a refined and polished Swarovski crystal which is orange-coloured and drop-shaped from which a nuanced light is refracted.

Available from the 20th January, each coin is encapsulated and presented in a heavy-gauge card case complete with a numbered certificate of authenticity and protective slipcase. For more information about this coin and other coins available from the Austrian Mint, please click here. 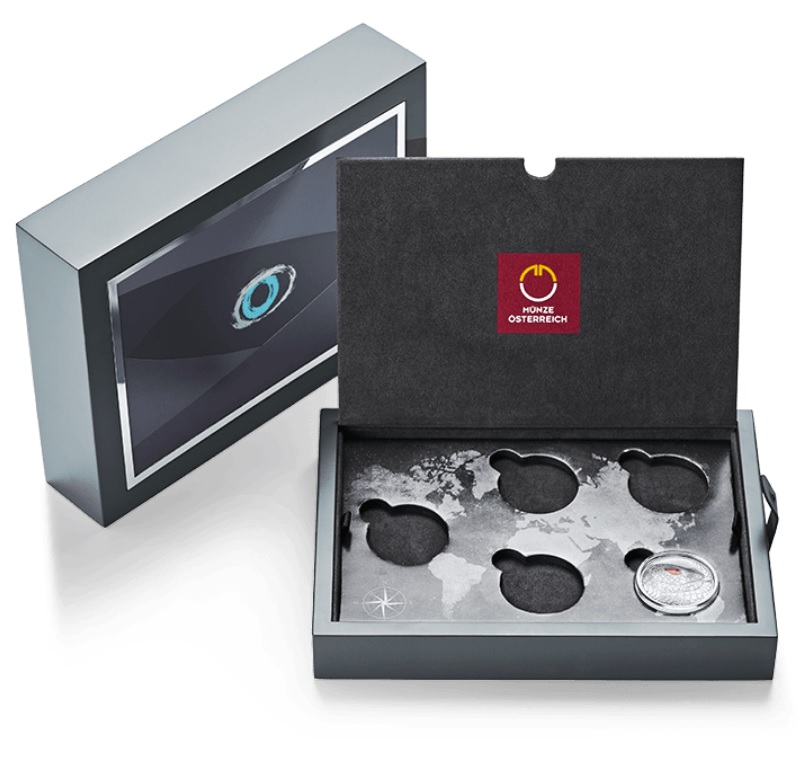 A specially designed collector’s case is available to accommodate all five coins in the series. Manufactured from lacquered wood, the “Eyes of the World” collector case includes a protective slipcase and storage box, both featuring a stylised eye in the centre. There is space for the five silver coins in the “Eyes of the World” series and room to store the coin certificates under the decorative coin tray.