Civilisations all over the world for thousands of years not only studied and wondered about the stars, but began to ask the question of whether they were alone in the universe.

Launched into space on the 25th December 2021, and since the 24th January 2022, the Webb has functioned to its operational configuration and successfully entered orbit at its target destination. The search for extraterrestrial life could become increasingly important in the decades to come. Science fiction writers are not alone in posing questions of whether Earthlings aren’t alone in the universe. 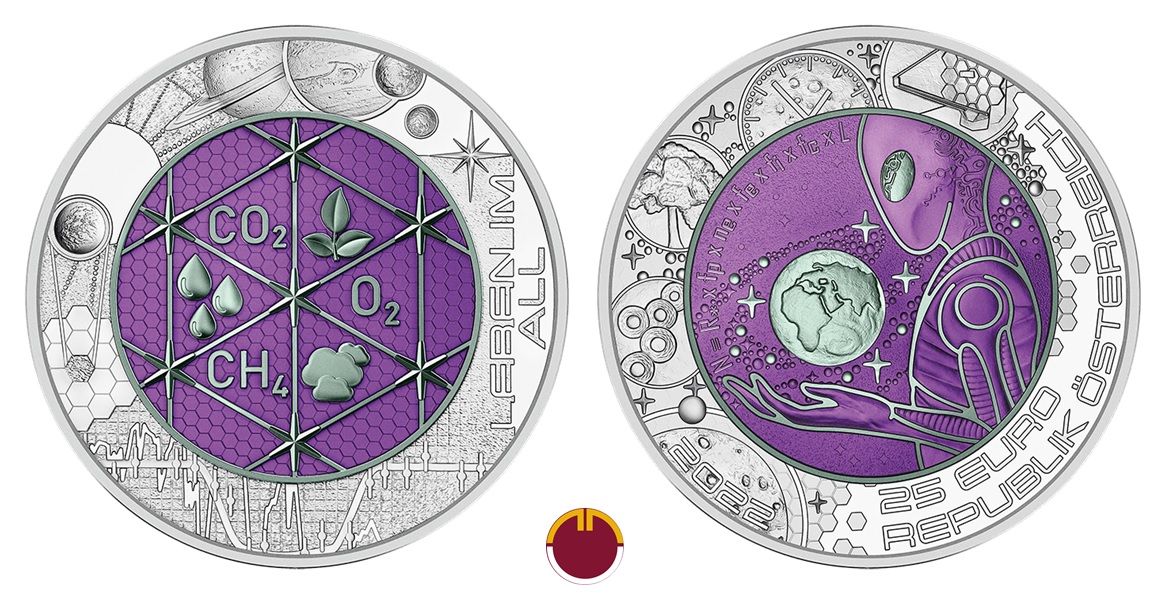 Designed by the Austrian Mint’s artisan Anna Rastl, the coin’s obverse side features the Webb telescope shown in the silver outer ring alongside the famous Drake equation, which is aimed at calculating the probability of extraterrestrial life. The violet niobium core is dominated by an alien holding the planet earth in its hands, perhaps as an ornament of amusement symbolising that we may well be defenceless against them should they exist. The text 25 EURO REPUBLIK OSTERREICH is seen just to the lower-right edge of the coin. On the niobium core of the coin’s reverse, some of the factors that could favour life on other planets are represented: Carbon dioxide, methane, oxygen, vegetation, and water. In the outer silver ring, the Webb telescope is shown capturing an exoplanet passing in front of a star. The vertical text LEBEN IM ALL (“life in all”) is placed to the right of the primary design. 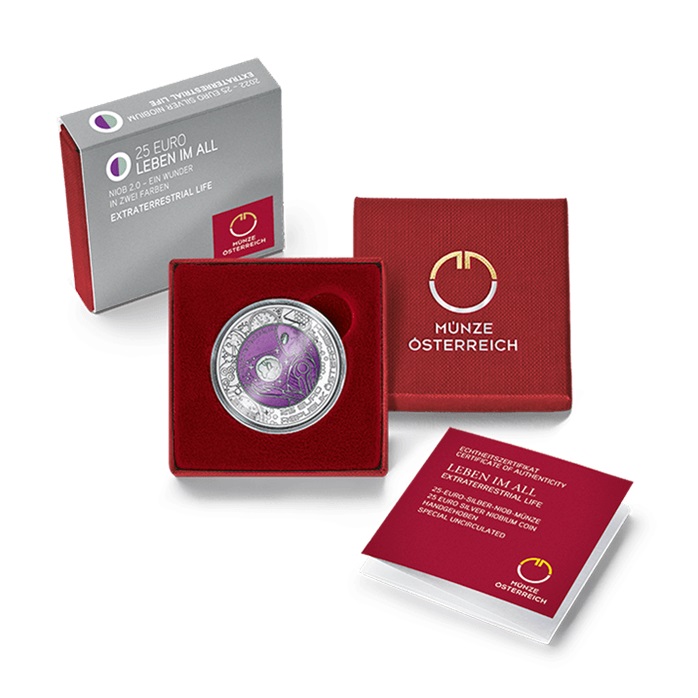 Available from the 15th March, the coins are struck with a special Uncirculated quality, the silver portion being .900 fine. Each coin is encapsulated and is presented in a heavy gauge card case accompanied by a numbered certificate of authenticity. For additional information about this coin and others available by the Austrian Mint, please visit their website.

Austria: Latest silver Proof coin highlights the power of the tiger in ongoing “Eyes of the World” series