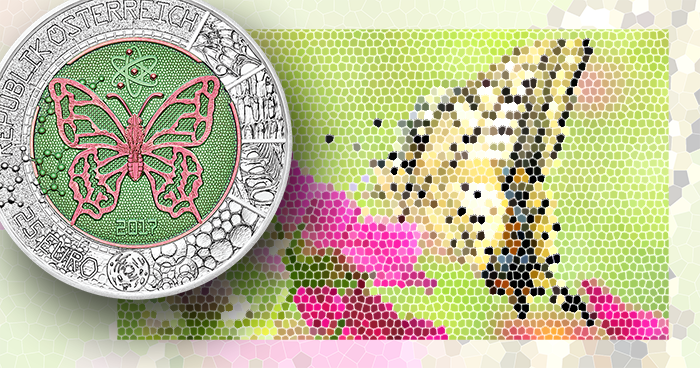 On June 7, 2017, the Austrian Mint will release “Mikrokosmos” (Microcosm), the newest in its extremely popular Silver Niobium series. Inaugurated in 2003, the bimetallic €25 coins have consistently sold out at the mint, and all—especially the first few issues—have gained value on the secondary market.

Each year’s issue is composed of a disc of niobium surrounded by a .900 silver outer ring. The brilliant colors of the disc are achieved by anodic oxidation—a precisely controlled electrochemical process that deposits a fine layer of oxidized niobium on the surface of the disc. The color is determined by the thickness of the layer. From 2003 through 2013, each year’s design was processed with a single color; beginning in 2014, the finely detailed images began to be two-toned, with selectively colored elements set off against a solid background of a complementary color.

Niobium was chosen for the core due to its workability as a coinage metal and its low reactivity (which prevents its corroding where it comes in contact with the silver ring). Niobium’s larger application is in the aerospace industry, making it a thematic fit with the series, whose designs have focused on achievements in science and engineering. Previous designs were as follows: 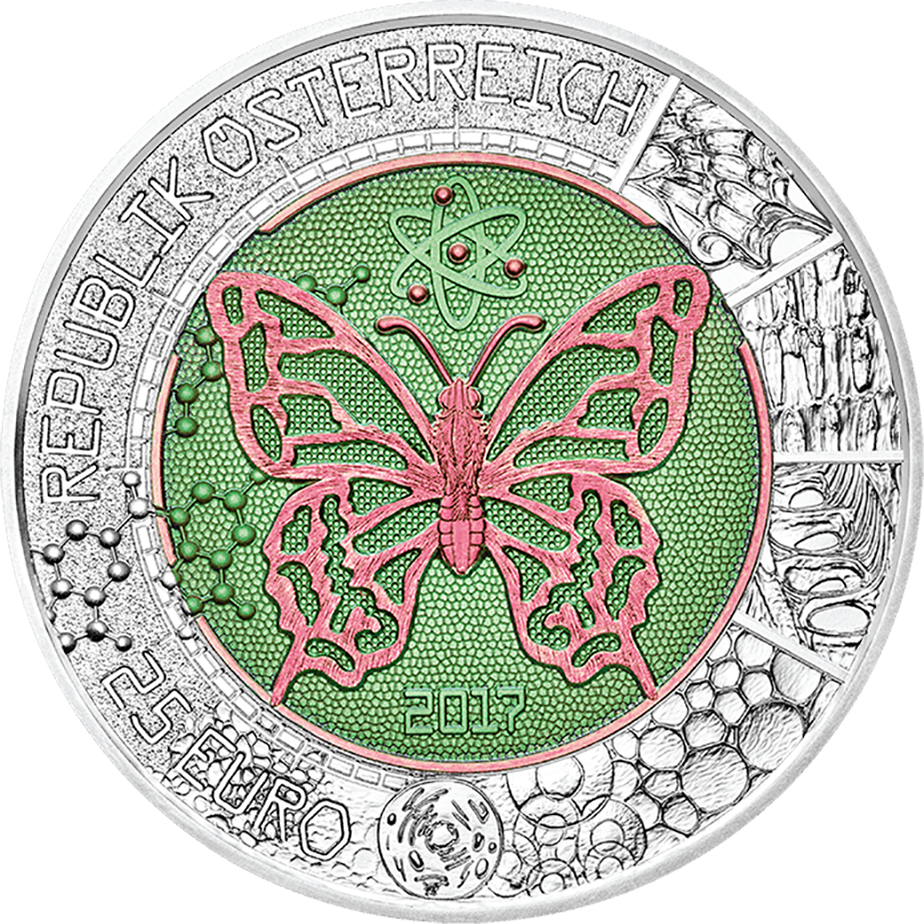 Where the 2014–2016 designs explored such enormous concepts as evolution, the cosmos, and time, the 2017 coin goes in the opposite direction—to the microcosmos. As described by the mint, the means of transport for this journey is a butterfly, which is depicted on the obverse in a raspberry-colored relief design against a grass-green field. The background pattern is suggestive of cells seen under a microscope. An atomic diagram appears above the butterfly; the date, 2017, appears below; and a molecular chain branches off to the butterfly’s left. The silver ring bears the words REPUBLIK OSTERREICH and the denomination, 25 EURO. Other segments of the obverse ring show a close-up of a wing’s tip, a closer view of the “feathers” that cover the wing, and successively closer views of the cellular structures. 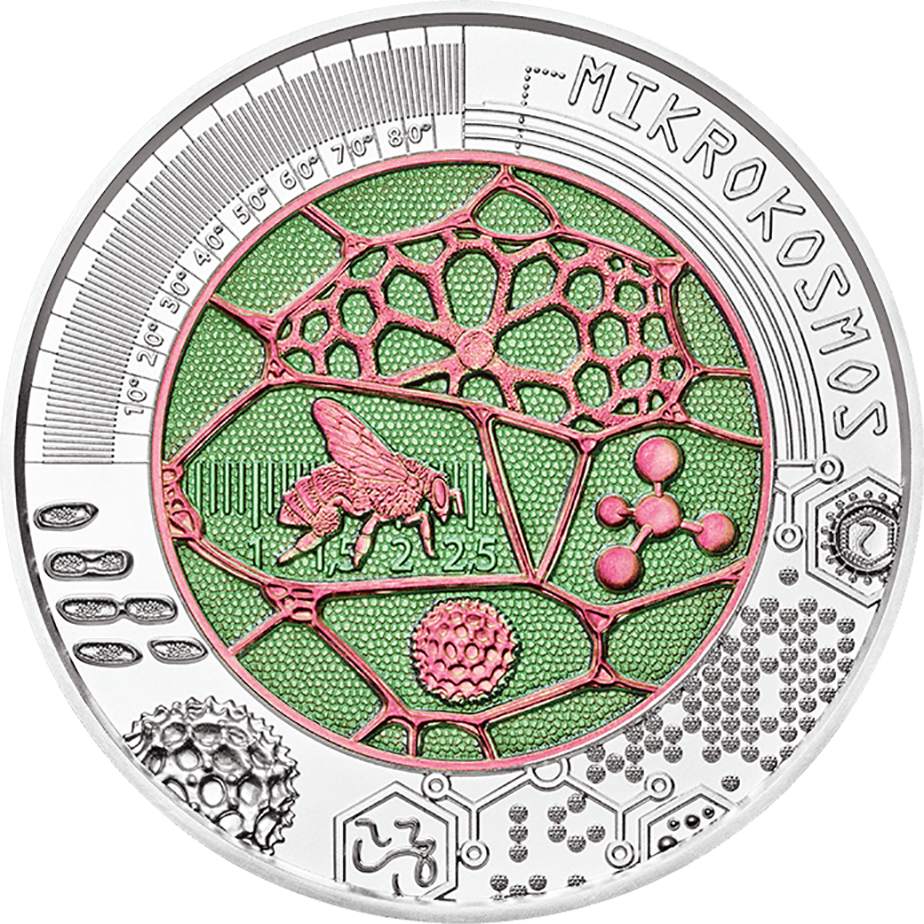 The reverse continues the micro-exploration begun on the obverse, but here, the subject is a bee. It appears in front of a ruler that measures its length in centimeters, amid a raspberry-colored web that suggests tissue cells. Another molecular diagram and a large grain of pollen are included, along with what appears to be a cross-section of a honeycomb. The outer ring contains the word MIKROKOSMOS, along with designs indicating the analysis of pollen, bees’ eggs, larvae, and other infinitesimally small bits of the world.

Designed by Mag. Helmut Andexlinger and Herbert Wähner, the coins are boxed with a certificate of authenticity and enclosed in a slipcase. The retail price is €76.80 (including VAT), with an order limit of 3 per household. They will be issued June 7, 2017. At present, they can be ordered from the website of the Austrian Mint; however, they may not be available for delivery worldwide. Coin Update will add further ordering information as it becomes available. 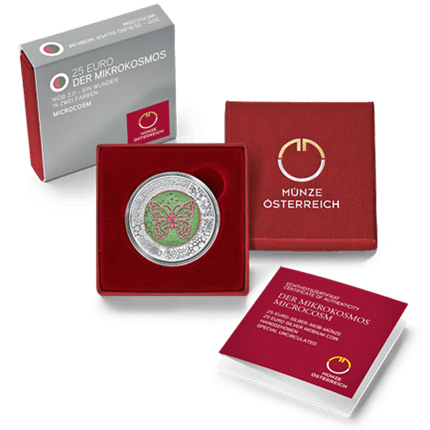