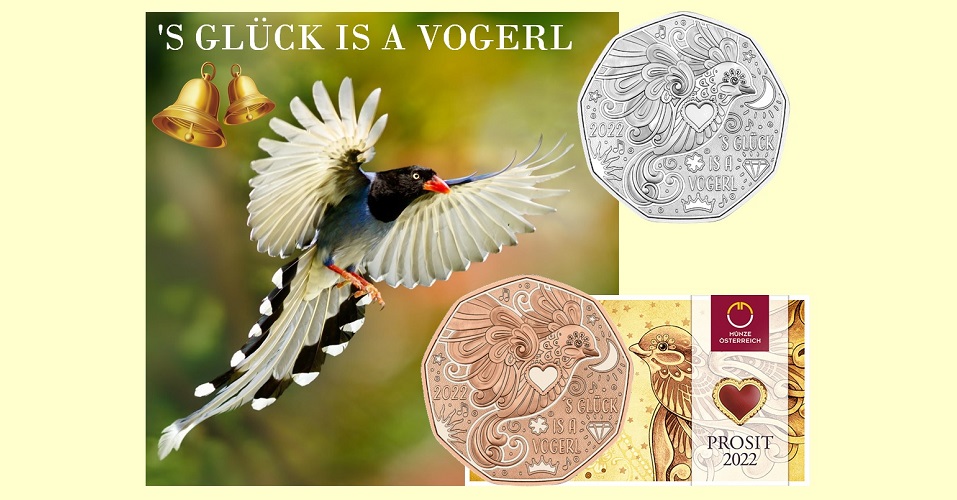 The Austrian Mint has released (1st December) their annual New Year’s coin by featuring different themes familiar in Austria. The popular series was first issued in 2002 with Austria’s adoption of the euro and features a motif that is either traditional or cultural; they have since become a much-anticipated release. The 2022-dated silver select Brilliant Uncirculated coins feature, on this occasion, a familiar Viennese folk song that is the focal point for the design of the New Year’s coin. 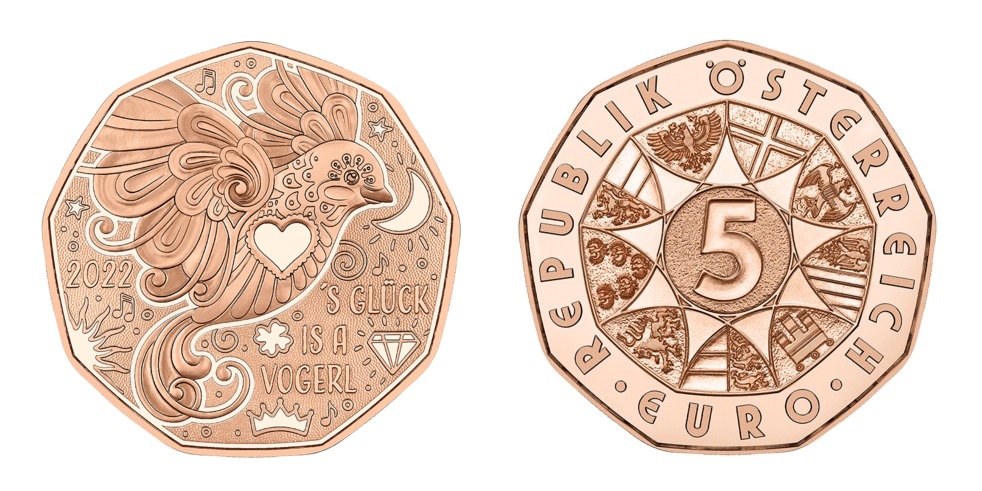 Designed by Austrian Mint artisans Helmut Andexlinger, Anna Rastl, and Rebecca Wilding, the obverse side of the coin depicts a stylised songbird of paradise in flight, with a heart superimposed representing happiness and love. Additional symbols of happiness surround the bird such as the sun, moon, song notes, clovers, and riches. To the lower-right is the text ‘S GLÜCK IS A VOGERL, and the year 2022 is seen to the left of the bird. 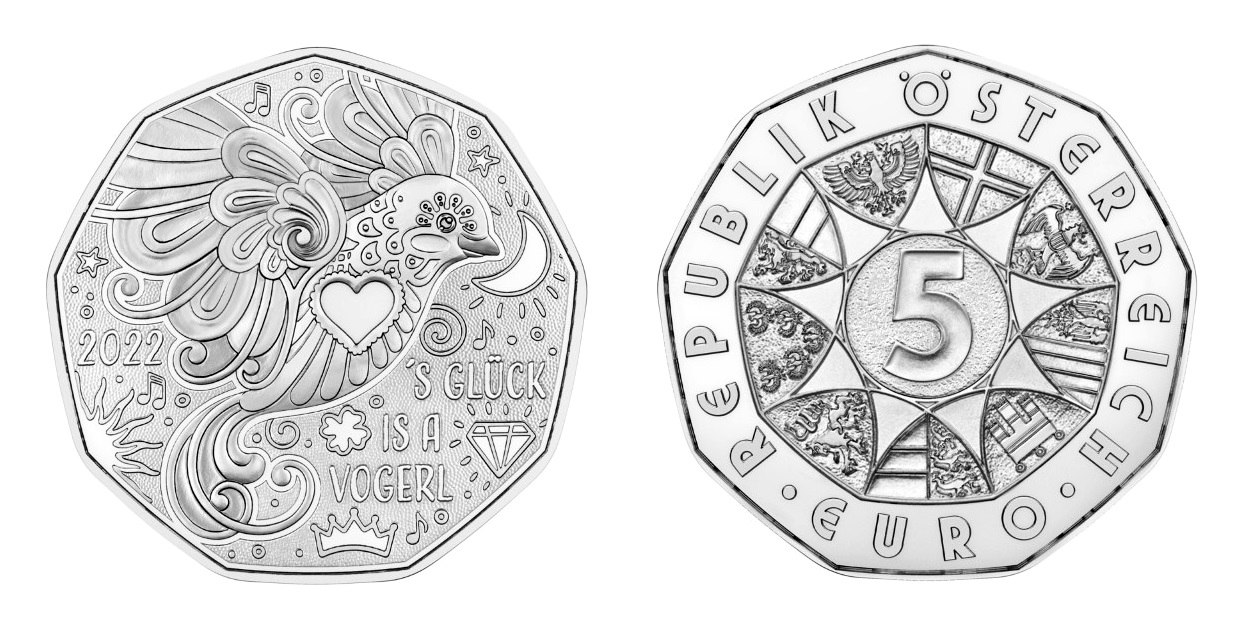 The reverse side depicts each of the nine cantonal coats of arms arranged in a circle on the value side of the nine-sided coin. The crests are surrounded with the text REPUBLIK OSTERREICH along with the denomination of 5 EURO. The numeral 5 is centred. 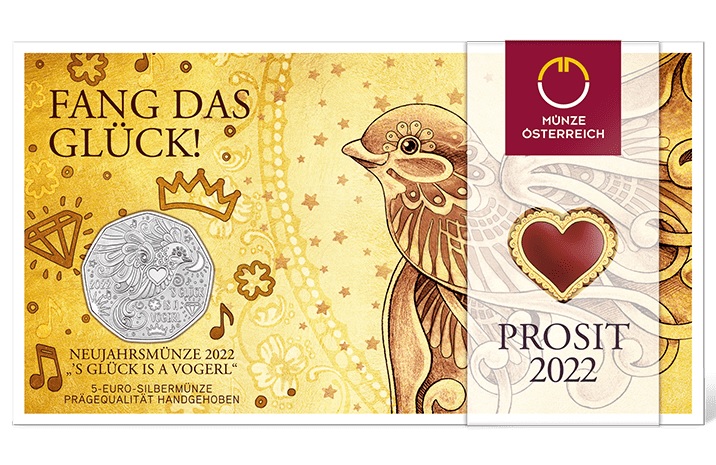 Available from the 1st December, each selectively Uncirculated silver coin is presented in a blister-type folder with illustrations and text describing the coin’s motif. The Uncirculated copper coins are sold without packaging and are available for their face value. For more details, please visit the website of the Austrian Mint.